We have already said here that Tesla would make a fortune licensing products inspired on the Cybertruck. The number of replicas out there is growing by the dozens. We have cardboard models, papercraft art, fold-up toys, a running mini-Cybertruck, and now an RC Cybertruck. Better said, three RC Cybertrucks. One of them even challenged an RC Chevy pickup truck for a tug-of-war, as you can see in the video from the FliteTest YouTube channel.

The tug-of-war is just one of the attractions of this video. If you like radio-controlled stuff, it is very entertaining to see the making of the three Cybertrucks. The guys that build them with Maker Foam are incredibly skilled. So much so that they have managed to do more than one as if it was nothing.

If that part is not very attractive to you, perhaps you will have as much fun as the FliteTest guys controlling the Cybertrucks on sand, mud, or jumping a ramp over a small creek. It really takes flight. 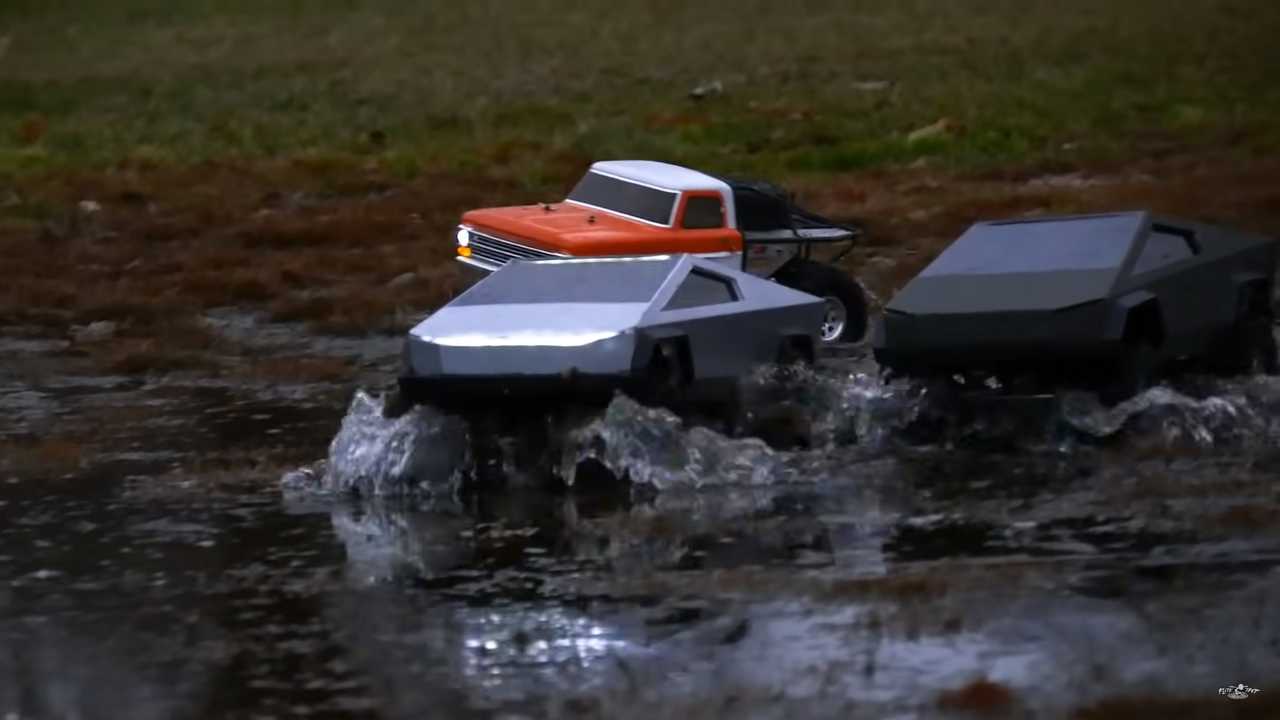 But that is not even the coolest part. The YouTube channel is proud of its flying models, and it promised to make a flying Cybertruck. We even get a glimpse of the prototype when they throw it to one another in an improvised test. We’ll cover this video as soon as it goes out, for sure. 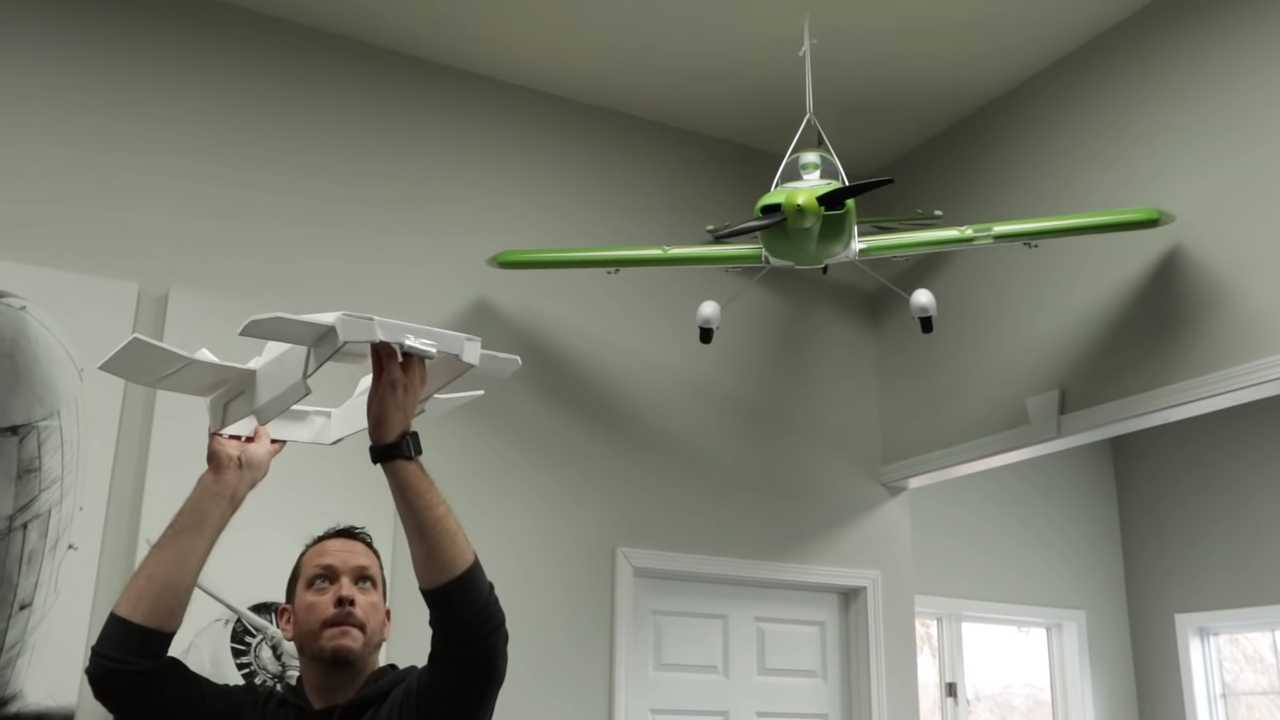 Regarding the tug-of-war, you will have to watch the video to know who wins. We can just say that the Cybertruck did not make a bad figure of the original, and this is probably more than enough for you to infer who took the title. For the record, both the Tesla and the Chevy are powered by electricity in this case. In other words, the result is more symbolic than anything else. 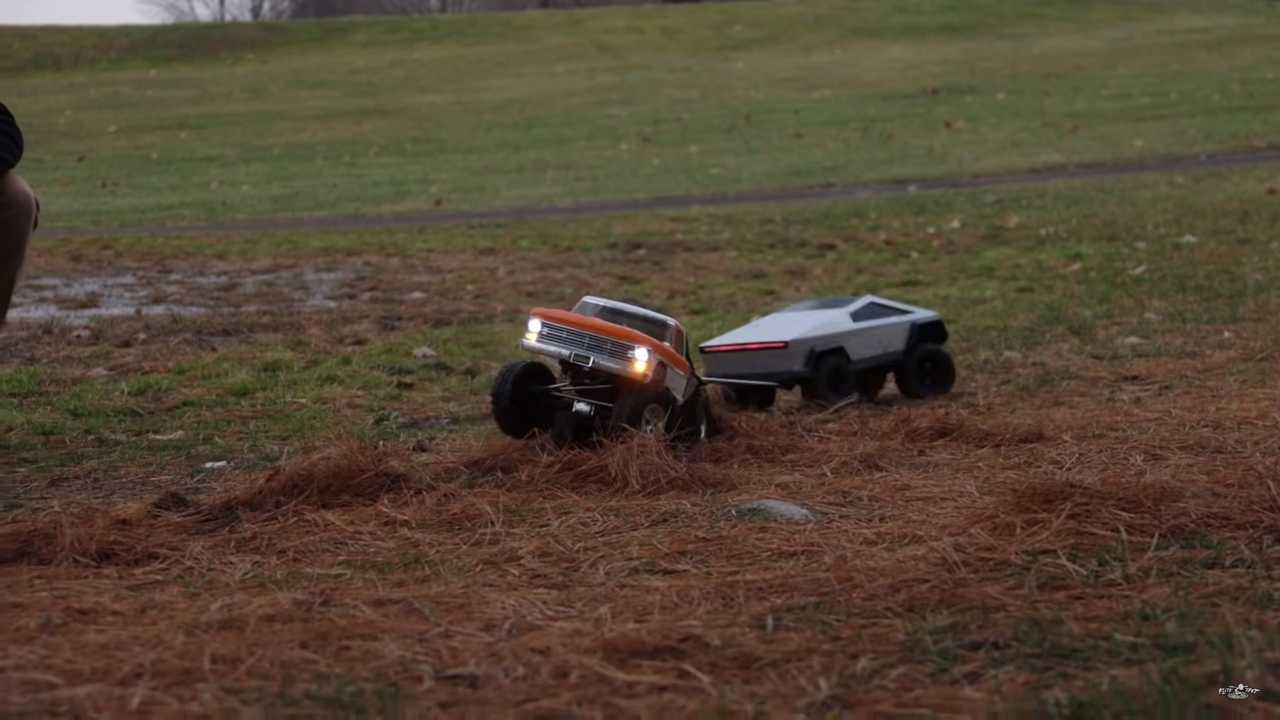 Since Tesla is still far from manufacturing the Cybertruck, when will it allow a big toy company to make an RC version of its electric pickup truck? Could it have a working tonneau cover? Make it fancy, Tesla. Make a fortune with it before you even start to sell it. Allow small and big children to have fun with it in the safest way possible: by controlling it from a distance. Not even Autopilot is so effective.