The increasingly competitive enterprise augmented reality market is about to get even more crowded with the entry of yet another headset. ThirdEye has today launched a lightweight augmented reality headset, the X2.

The X2 headset, like other mixed reality or augmented reality devices, works by projecting virtual images onto the real world via a pair of lenses. The X2 kit looks like a pair of goggles. The design lies somewhere between Google Glass and the HoloLens. Like some of the latest devices, it is built with six degrees of freedom (6DoF) positional tracking that relies on ThirdEye’s SLAM SDK, VisionEye.

From a technical standpoint, the X2 glasses are still not matching the high-end mixed reality glasses by Magic Leap One and HoloLens. However, they are still within striking distance of the top hitters. The field of view is approximately 10 degrees narrower than that of the top end glasses.

The X2 headset has a 42-degree field of view with 720p, 60fps displays. This is still lower than the specs on the Magic Leap One and the HoloLens 2. Additionally, it has a 13MP HD camera as well as two extra wide-angle cameras.

The X2 runs on a customized Android operating system that can be controlled using voice inputs. It also has its own store. The headset supports 5G connectivity. 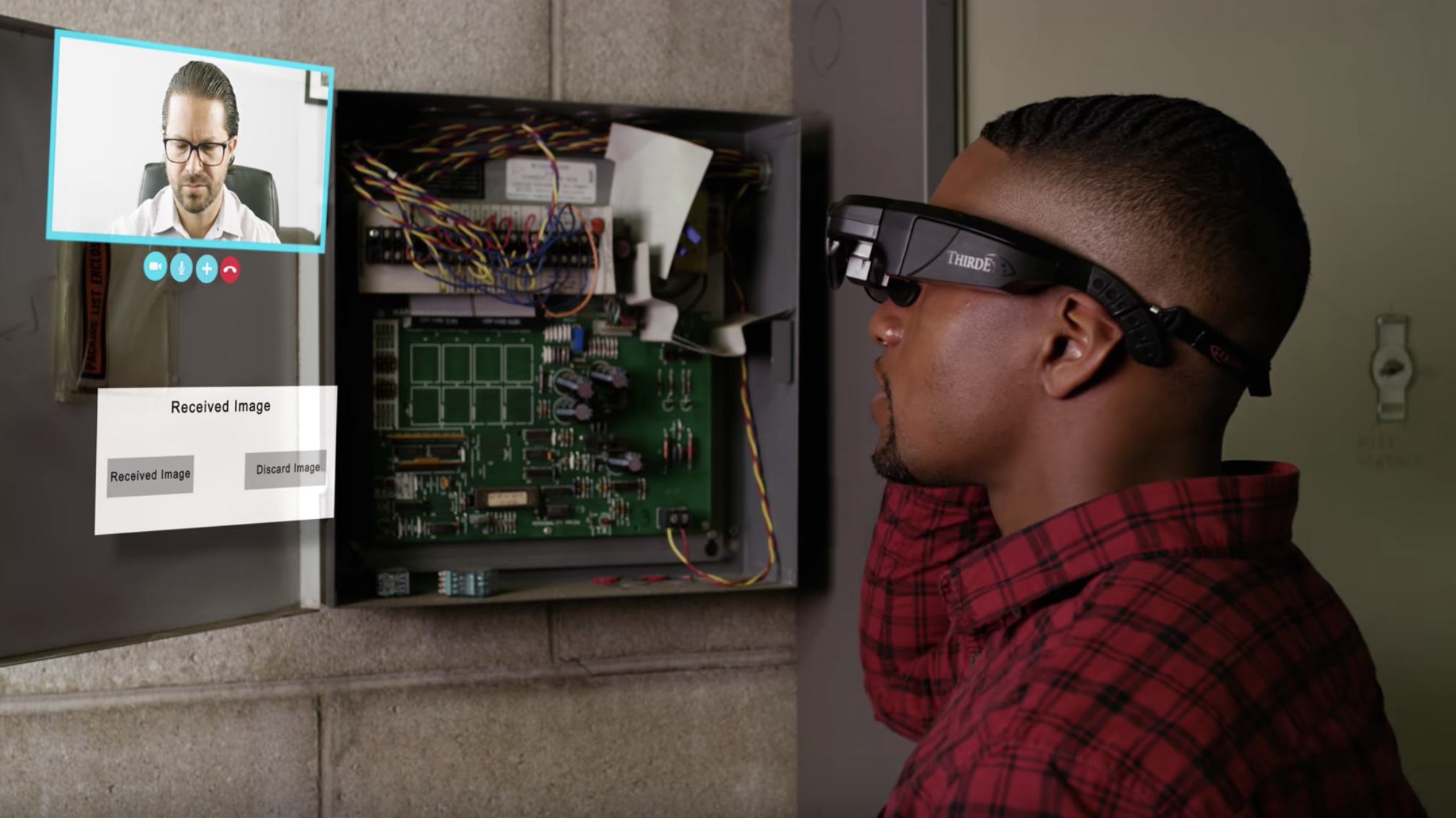 The glasses capture the wearer’s surroundings and orient themselves in six degrees of freedom inside the room. For the headset, ThirdEye developed its own tracking technology known as “VisionEye” that developers can dock into by using the programming interface. The X2 is integrated with two wide-angle tracking cameras along with a 13MP RGB camera for shooting. This will also come in handy for remote maintenance applications.

The weight is perhaps the most distinctive feature of the headset. ThirdEye has managed to truncate the weight down to just 170 grams which is extremely light for an augmented reality headset. In comparison, the Magic Leap One weighs about 350 grams while the HoloLens 2 weighs 566 grams although the Microsoft mixed reality headset makes light work for the user by distributing this weight across the wearer’s head for maximum comfort. This kit is also voice-operated and does not have any external controllers.

The ThirdEye X2 headset is built for the enterprise market. The startup set out to build the narrowest and lightest augmented reality headset possible, something in between the pure data devices such as the Google Glass and the more high-end mixed reality devices like the Microsoft HoloLens and the Magic Leap One headsets.

The headset is priced at $1,950. This is significantly cheaper than the other premium quality hardware already in the market such as the Magic Leap One which goes for $2, 295 or the HoloLens 2 which is priced at $3,500.  X2 is still an unknown quantity compared to other headsets so its competitively pricing might have it a chance in this nascent market.

The device is already open for pre-orders and ThirdEye will fulfill the pre-orders by the end of October.

Moving forward, the major challenge for ThirdEye will be the market niche that it plans to fulfill. It is most likely to be in scenarios where there are gaps for mid-level augmented reality glasses. According to ThirdEye, it is targeting the “small to mid-sized” companies.

Apart from X2, there is another mixed reality headset project in the pipeline. This is the Kura headset, which is just as lightweight and offers a much wider diagonal field of view (FOV) of 150 degrees. The Kura glasses are set to launch in 2020.

The X2 headset, like other mixed reality or augmented reality devices, works by projecting virtual images onto the…Sam OchanjiSam

Microsoft is Aware of Significant Display Issues on Some HoloLens 2...