TECHMONEYFIT.COM
More
Home Technology These are the company t-shirts that tech workers don’t want to wear...

It’s fun to check the thrift store t-shirt aisle in a tech city, perusing the latest castoffs and trying to guess why their previous owners decided to dump them.

I’ve done this a few times over the years, trying to figure out connections between the shirts and current events, as with the flood of second-hand Microsoft apparel that hit the Goodwill near the company’s Redmond campus after a record round of job cuts a decade ago.

In fact, I’ve become a genuine trendsetter in this regard, a bona fide guru for others embarking on their own quests for thrift-store tech t-shirts.

So one thing I do in tech-heavy cities is go to thrift stores and look for internal swag (I got the idea from @toddbishop). This last trip I found an Xbox Research hoodie in the Redmond Goodwill. Today I noticed the internal printing… pic.twitter.com/tVlsLv8QSb

I love that I’m the recognized expert in this subject. The giant Goodwill on Dearborn in Seattle is a great place to go, although the shirts skew more toward Seattle startups and Amazon, as you’d expect.😄

If only the beneficiaries of my expertise could endorse me for this skill on LinkedIn.

Of course, this is not exactly a scientific exercise, but it was hard not to draw conclusions from the “Facebook Recruiting Talent Camp 2018” t-shirt, above, at the aforementioned Goodwill superstore south of downtown Seattle this afternoon. Facebook, which has a big engineering operation in the city, has had a tougher time with recruiting following the Cambridge Analytica scandal, according to former recruiters who spoke to CNBC for this story, although the company disputed it.

Meanwhile, it hasn’t even been a year since Sprint announced a new wireless plan that includes the Tidal music service, so this seems like an early appearance. Sprint bought a 33 percent stake in Tidal in 2017, becoming a partner in the high-fidelity music service along with Jay-Z and friends, but this logo doesn’t appear to have been rolled out until July of last year. 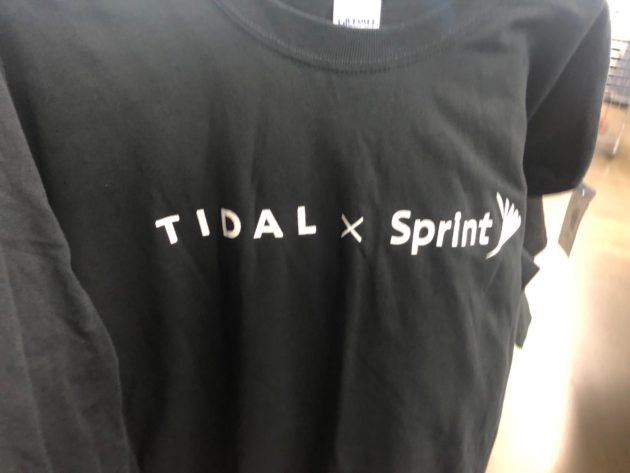 No doubt the person who donated this Tableau shirt instantly regretted it upon seeing this news on Monday. 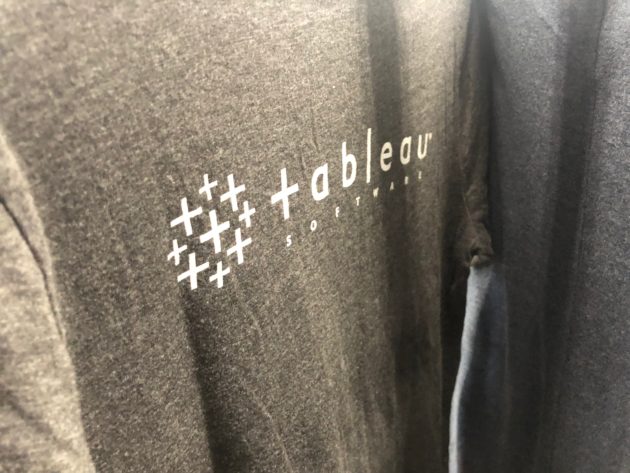 The person who got rid of this Splunk shirt probably had no idea it was “legendary.” 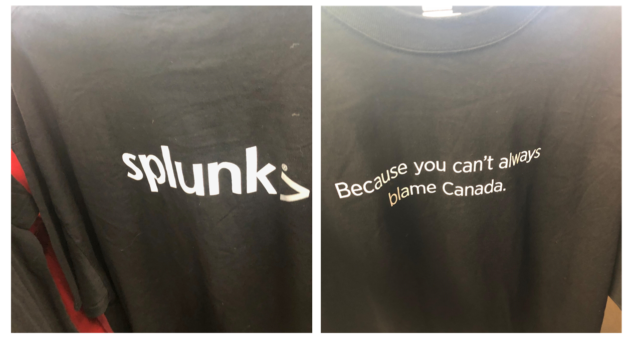 And finally, here’s a couple of only-in-Seattle shirts, one promoting Microsoft’s Windows Fluent Design System,” and another sporting the Bing logo on a Seattle Storm shirt, a WNBA sponsorship deal that ended five years ago. 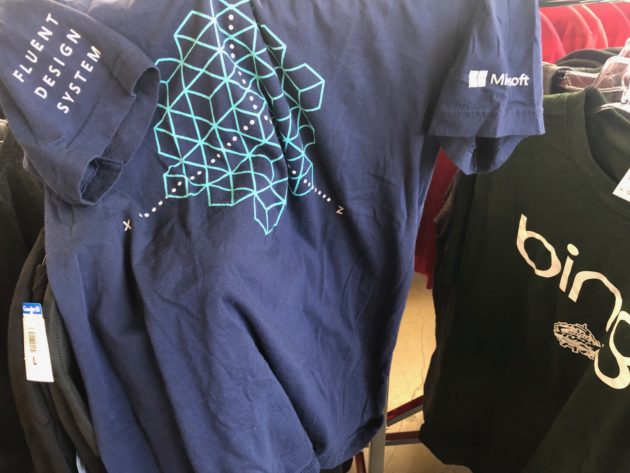 I didn’t do a comprehensive survey, but I was surprised at the lack of Amazon shirts compared to my past Goodwill visits. In the end, I bought these last two Microsoft shirts to wear for fun, and I’m regretting not getting the Facebook one at top.

If you have an old tech shirt you’ll wear forever, or one you can’t wait to take to the thrift shop, tweet us a picture @geekwire and we’ll add the best to this post.