Welcome, Director. You’ve got your work cut out for you. Master supernatural powers, shape-shifting weapons, and unpredictable environments to uncover the secrets of the Oldest House in Remedy’s gripping new adventure, Control, launching Tuesday on PS4.

Supermassive Games’ first entry in The Dark Pictures Anthology, Man of Medan, hits PS4 on Friday, promising a branching thriller where anybody can live or die. Take the fates of each character into your own hands (and those of your friends, thanks to the game’s two multiplayer modes), and see if you can make it out alive.

Agent A: A Puzzle in Disguise 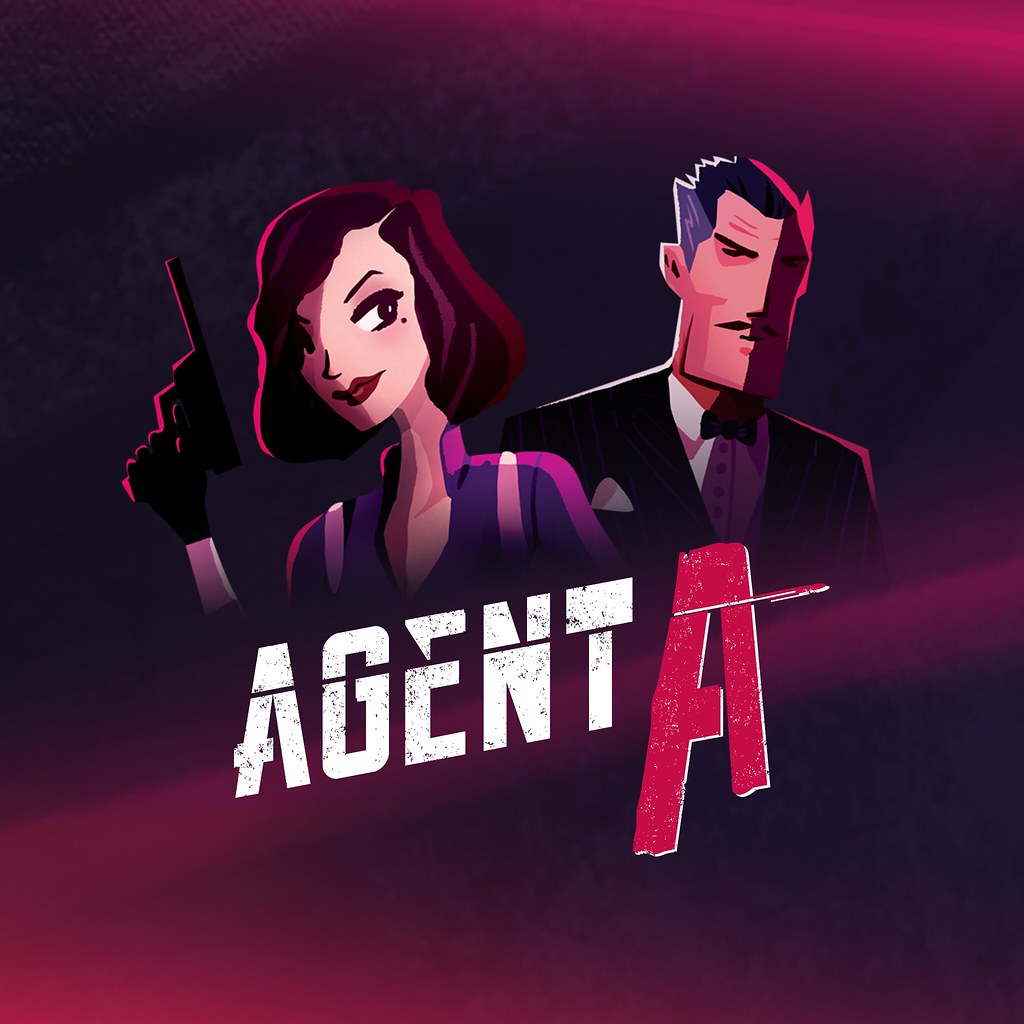 You play as Agent A in this stylish secret agent world full of retro futuristic contraptions, hidden gizmos, gadgets and clever logic based puzzles. But do be warned… Ruby La Rouge is no spy to be taken lightly! Explore a labyrinth of perplexing puzzles in this quirky game of cat and mouse that’ll have you wondering whether you’re the cat… or the mouse! 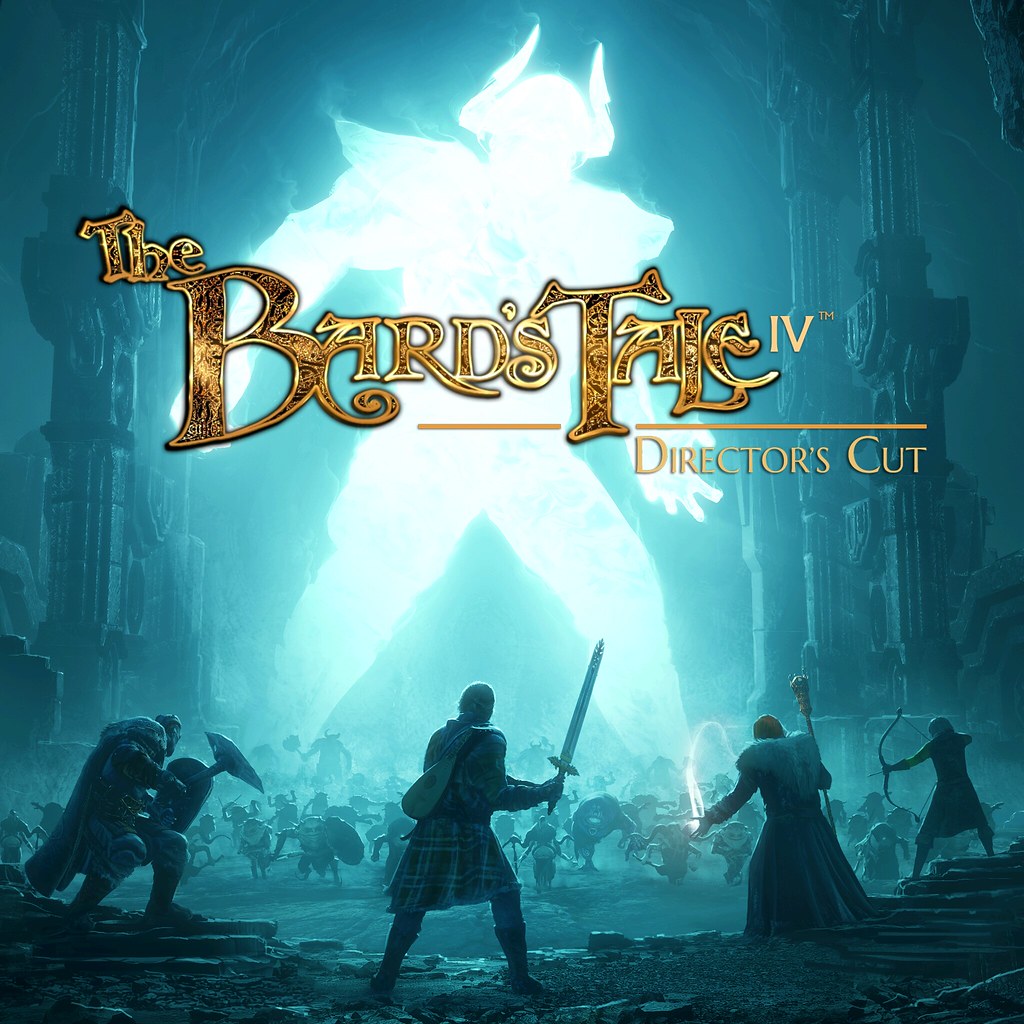 Hidden in the shadows, an evil has waited patiently. Until now. Who will face the darkness if not you? A heroic adventure featuring 50+ hours of gameplay, 350 speaking parts, a Legacy Mode for returning fans, and over 100 pieces of incredible music. 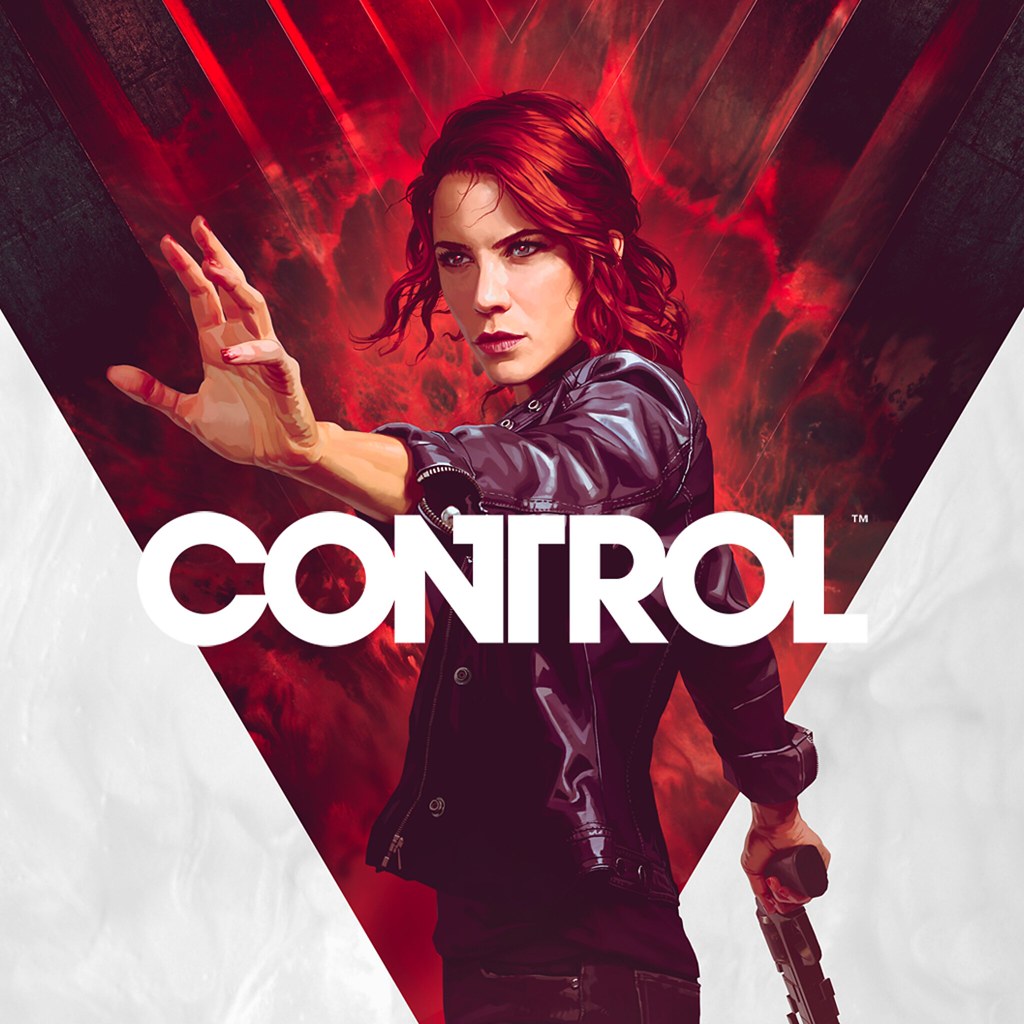 After a secretive agency in New York is invaded by an otherworldly threat, you become the new Director struggling to regain Control. From developer Remedy Entertainment, this supernatural 3rd person action-adventure will challenge you to master the combination of supernatural abilities, modifiable loadouts and reactive environments while fighting through a deep and unpredictable world. 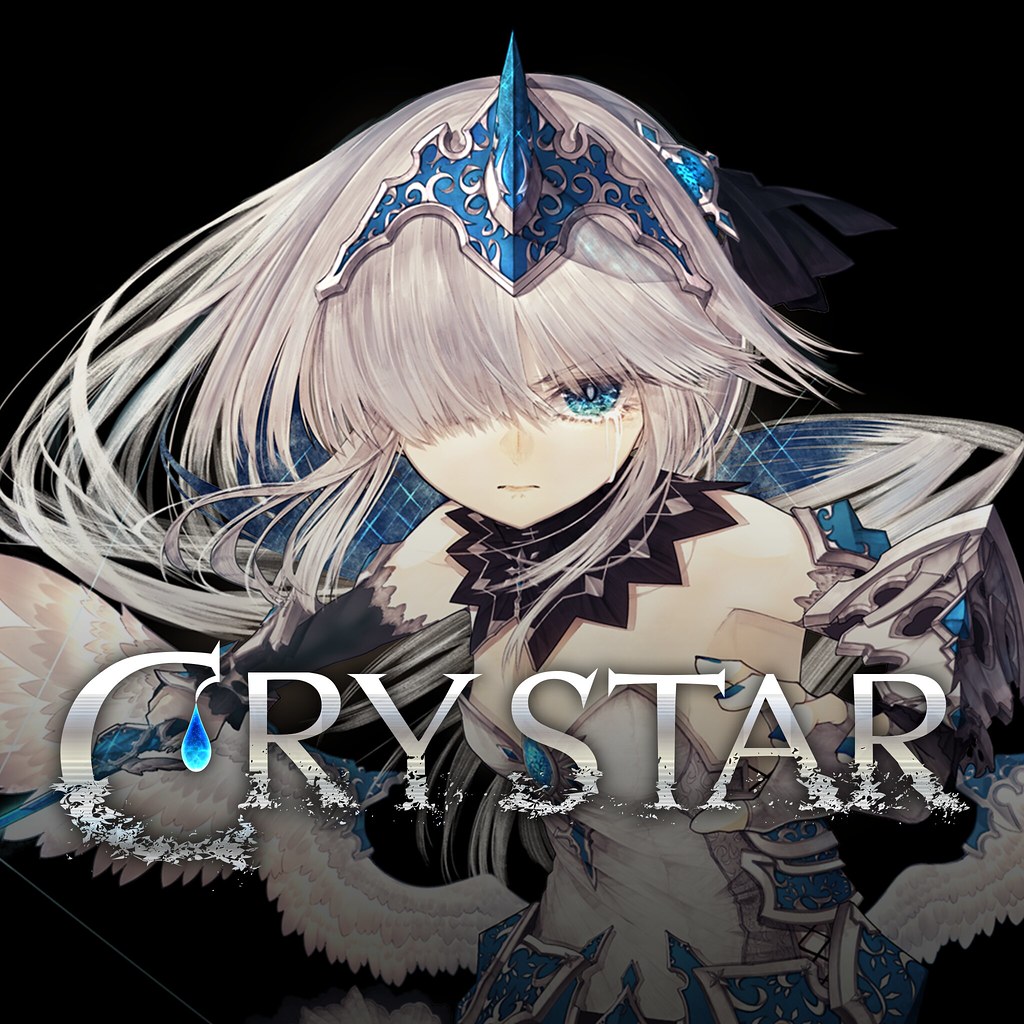 Crystar is an action-RPG developed by Furyu Corporation. Rei fights her way through the afterworld of Purgatory to rescue Mirai, the little sister that she killed. Crystar’s unique game mechanics allow the player to harness the power of grief. Use Rei’s tears to craft weapons and armor as well as summon a Guardian to protect her in battle.

The Dark Pictures: Man Of Medan 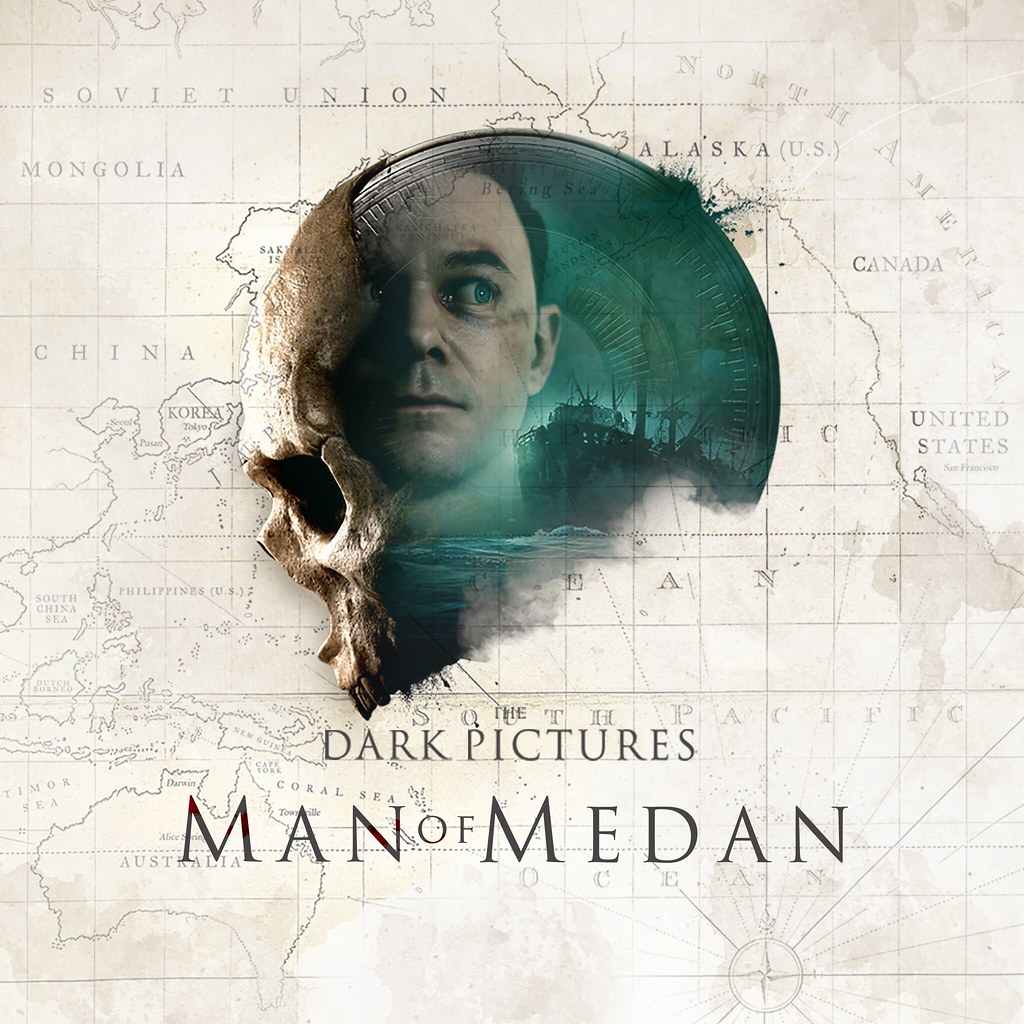 The Dark Pictures Anthology is a series of stand-alone, cinematic horror games. Each game features a brand new story, setting and characters, with a fully branching narrative. In Man of Medan, five friends set sail on a holiday diving trip. As the day unfolds, and a storm rolls in, their trip soon changes into something much more sinister. Who will live, who will die? It’s all down to you. 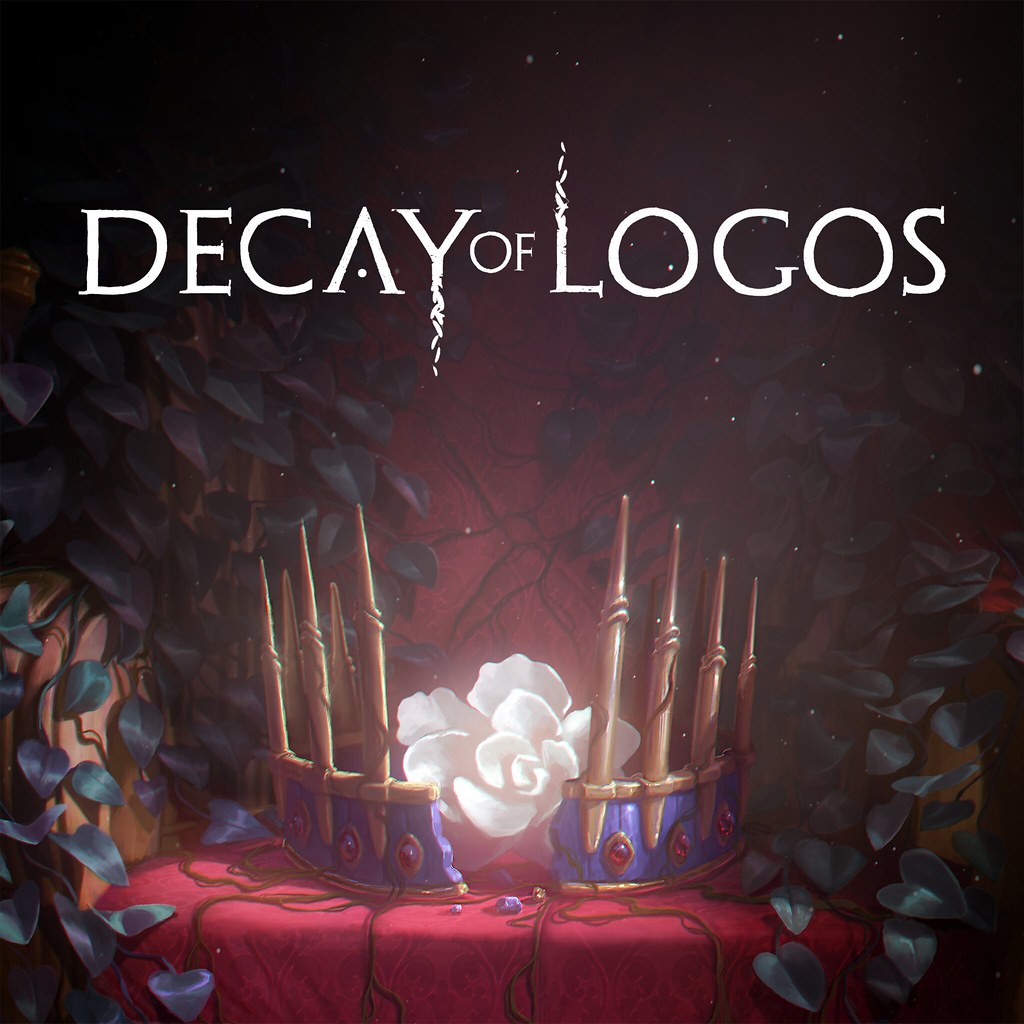 Embark on a journey of revenge and betrayal set in motion by the destruction of our young adventurer’s village at the hands of Crimson Knights. Find solace in your trusty elk companion as you battle the unforgiving foes that roam this once peaceful realm. Venture into ancient ruins and dungeons in search of its rewards in a quest to find the truth behind the attack of Ada’s home. 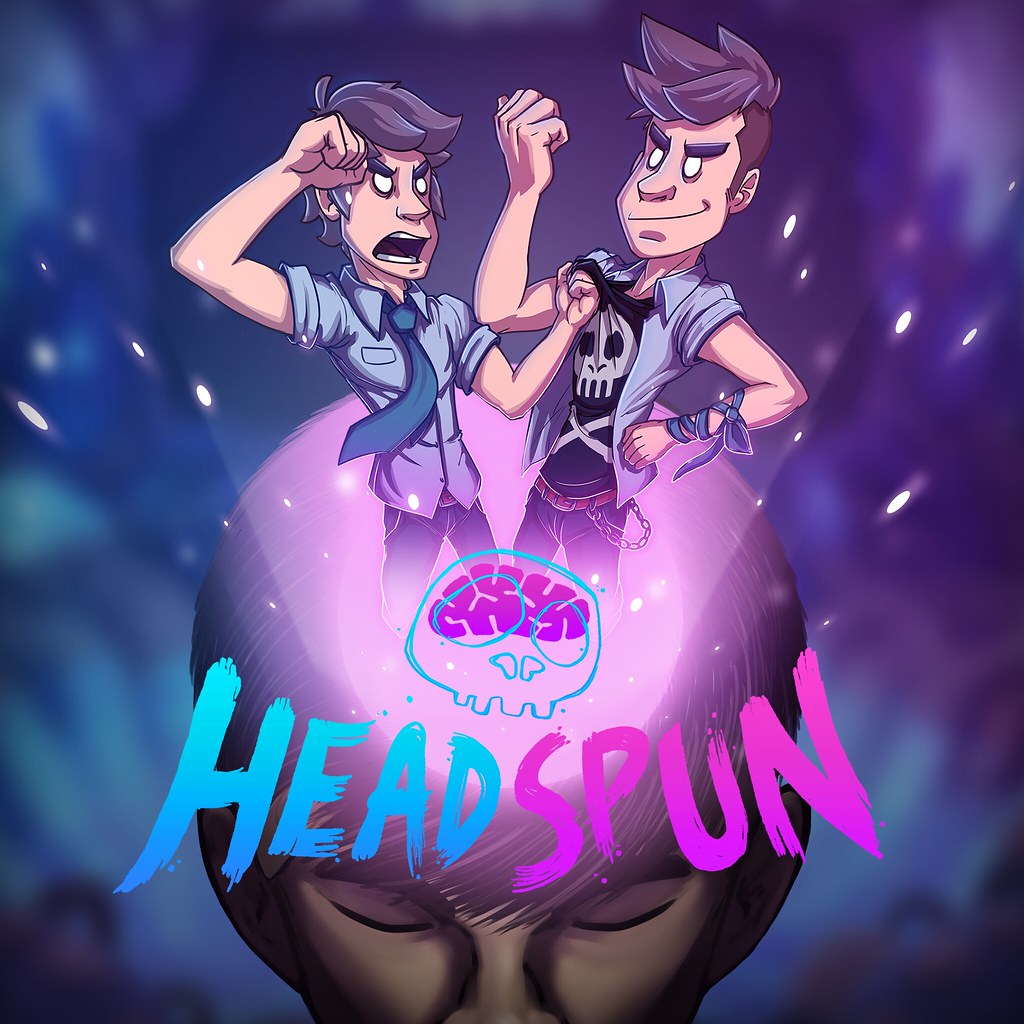 After waking from a five week coma, Theo finds his life in disrepair. With no memory of the accident, it’s up to Ted and Teddy – the conscious and subconscious voices in his head – to work out what happened, and put his life back on track.Headspun is a game about recovery, discovery, and the ongoing battle between logic and emotion. 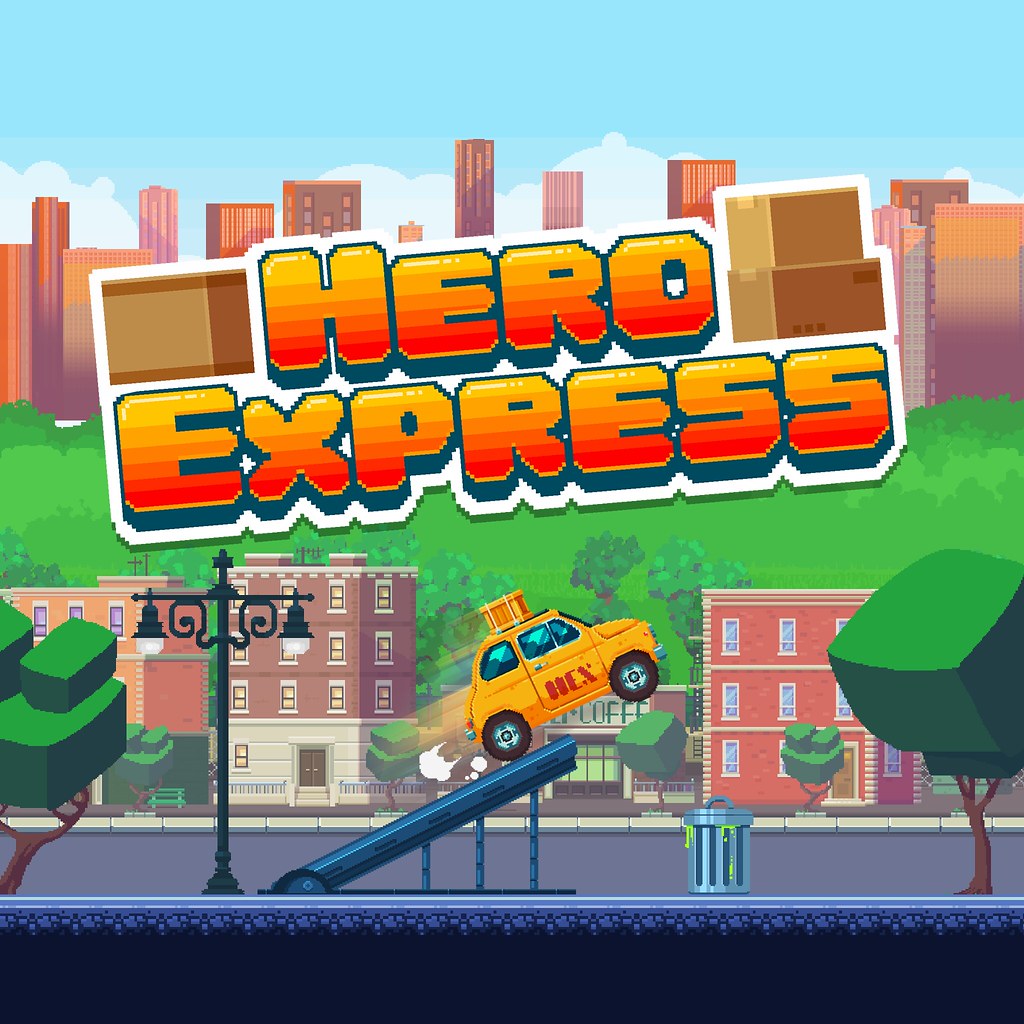 Crazy monsters, mad tracks, incredible vehicles. This is the world of Hero Express, where the hero isn’t the one to save the day. Hero express is a 2D physics based driving game. But unlike other driving games this isn’t a race to get to the end of the track first, but to get there alive. A challenge of skill and patience. 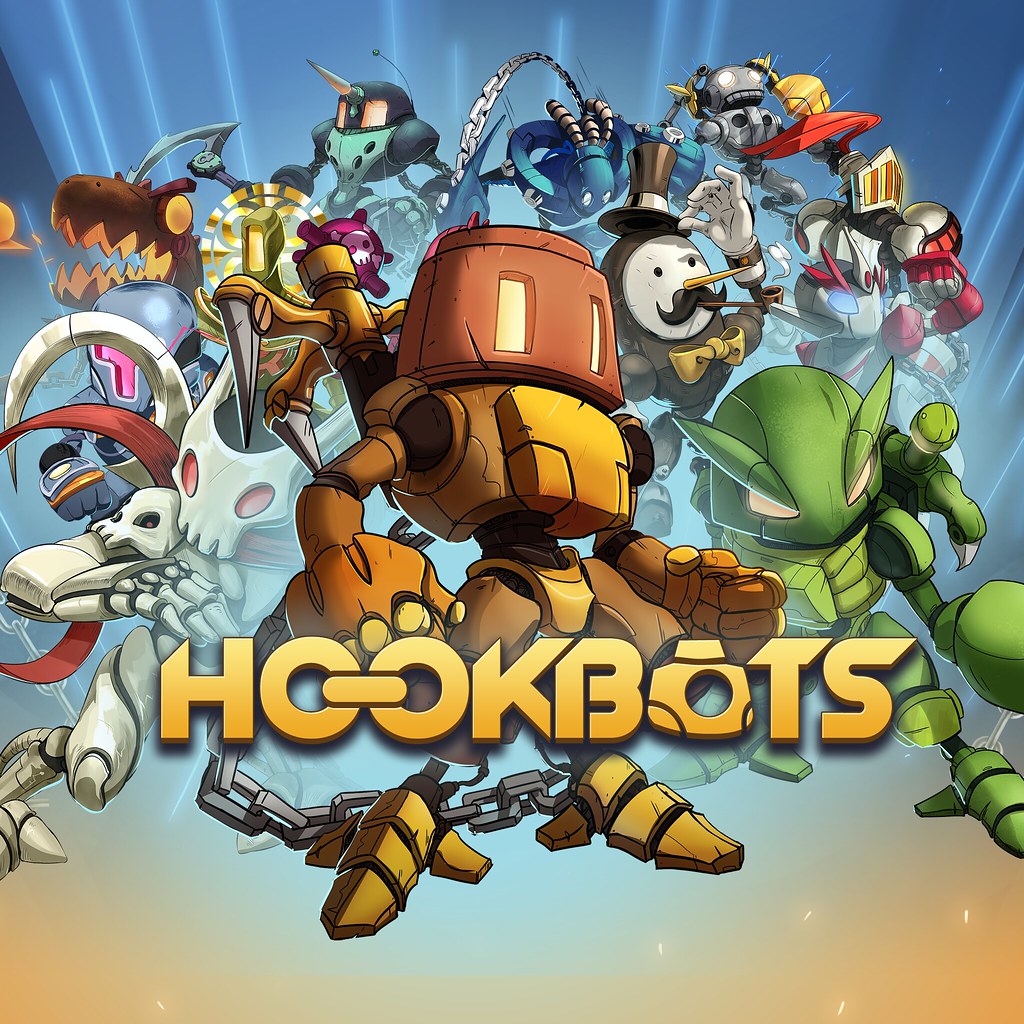 Challenge your human friends in this multiplayer robot party game, with 52 ways to customize your bots and 14 game modes. From knights and dinosaurs, to bounty hunters and space warriors. Choose, customize and crush tons of different bots. 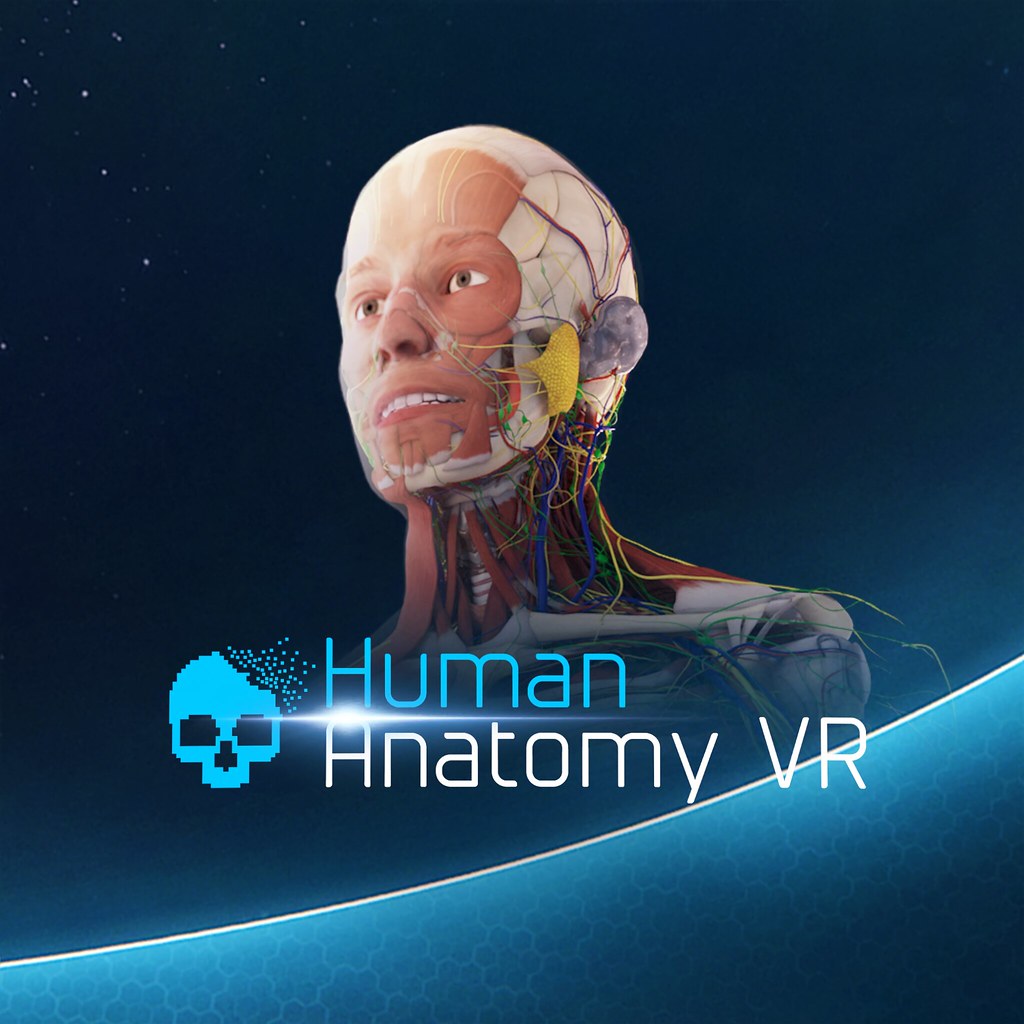 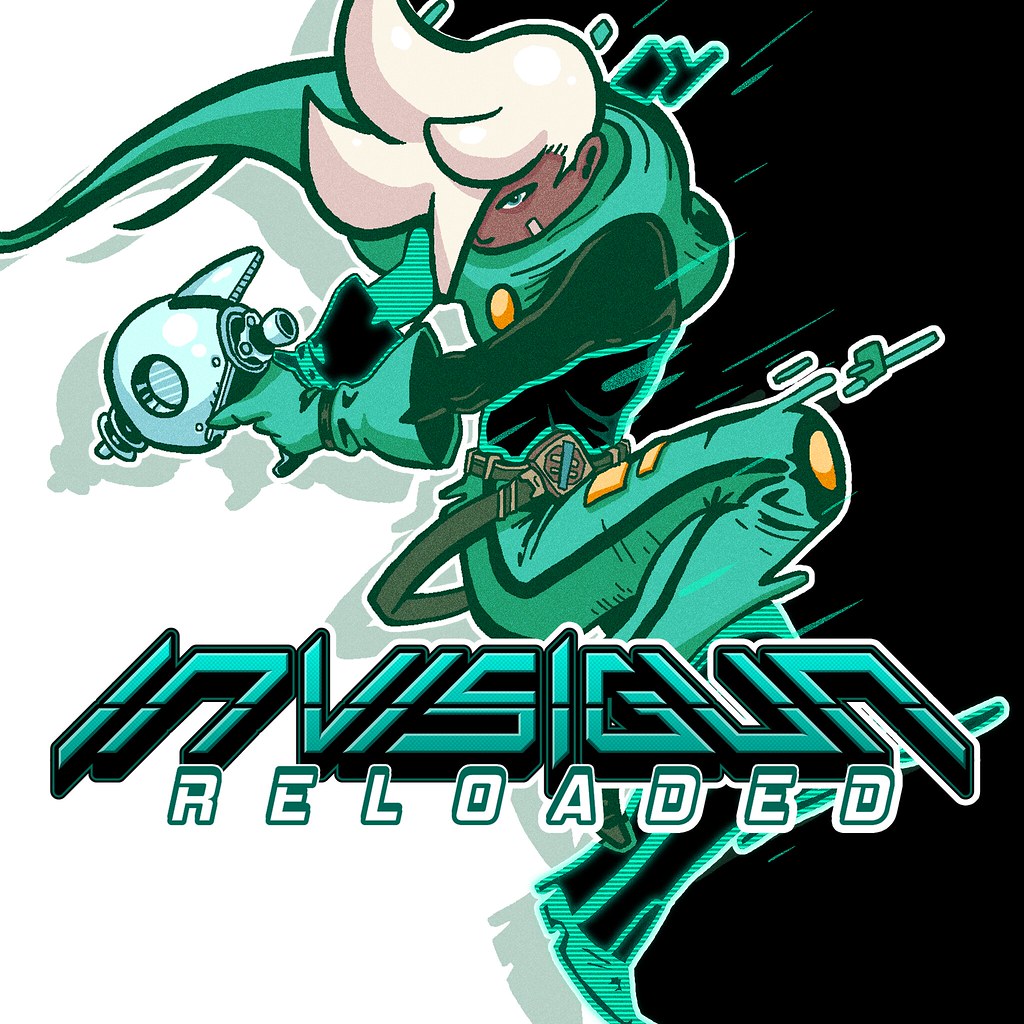 The ultimate stealth battle adventure where everyone’s invisible. Risk versus reward guides your journey through the full-length single player campaign and local/online multiplayer. Vigilance is key as environmental tells such as footprints and other disturbances will point out careless cadets. A massive amount of lovingly-made environments, maps, modes, and abilities – all obsessively balanced – combine for high replayability and a deep path to mastery. 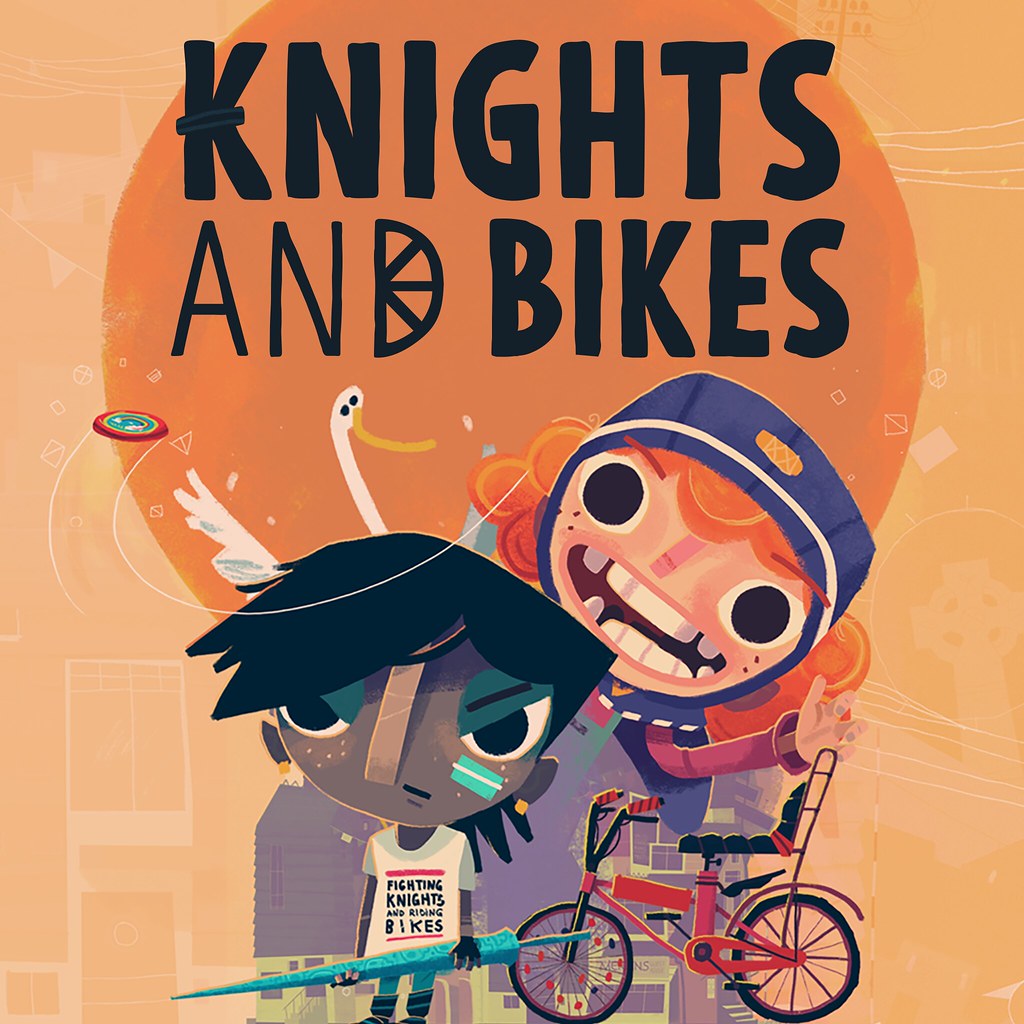 Knights and Bikes is a hand-painted action-adventure for 1 or 2 players, set on a British island in the 1980s. It’s a coming-of-age story starring Nessa & Demelza, exploring the coasts of Penfurzy on their trusty bikes, looking for a legendary lost treasure in a Goonies-inspired tale of excitement, danger, fun and friendship. 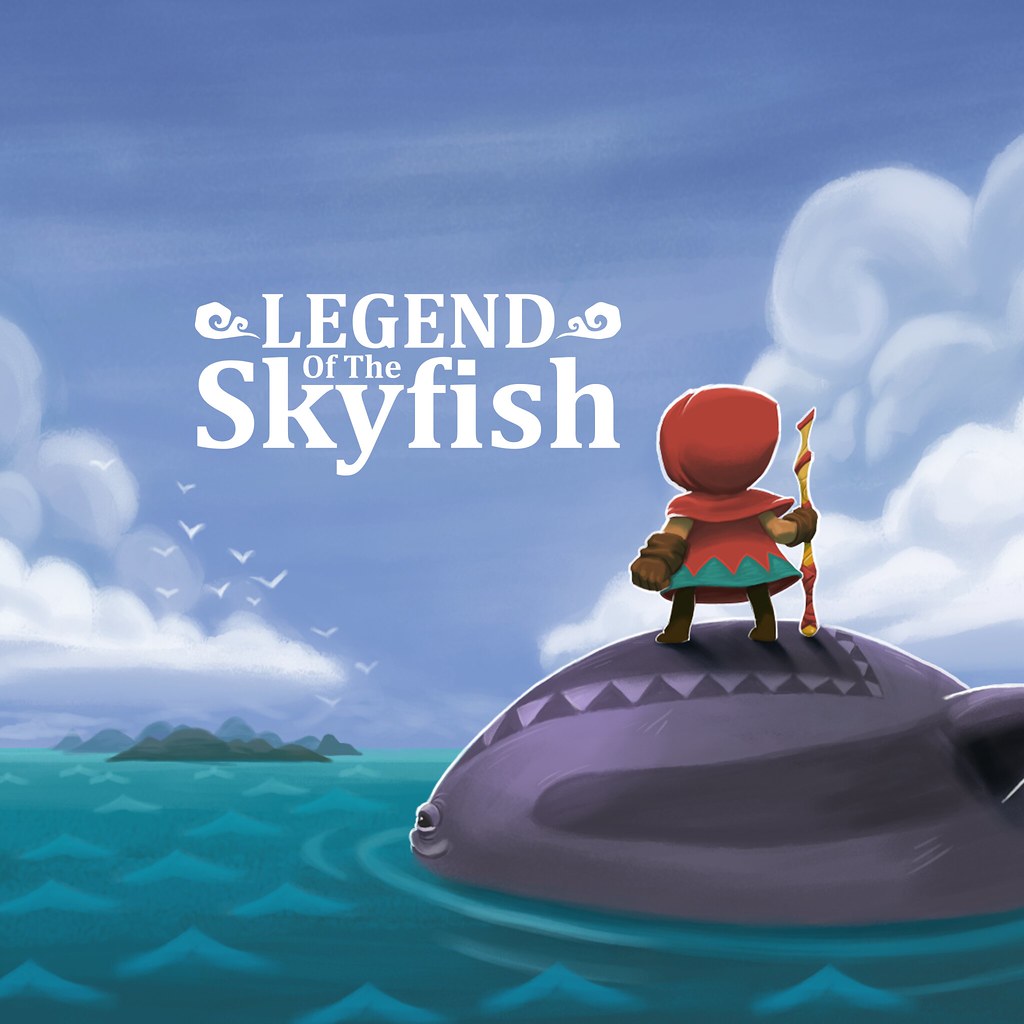 Legend of the Skyfish is a beautiful level-based adventure puzzler with a unique weapon and tool – a fishing pole! Follow the intrepid Little Red Hook on her journey with the Moonwhale to defeat the monstrous Skyfish.

The Lord Of The Rings: Adventure Card Game 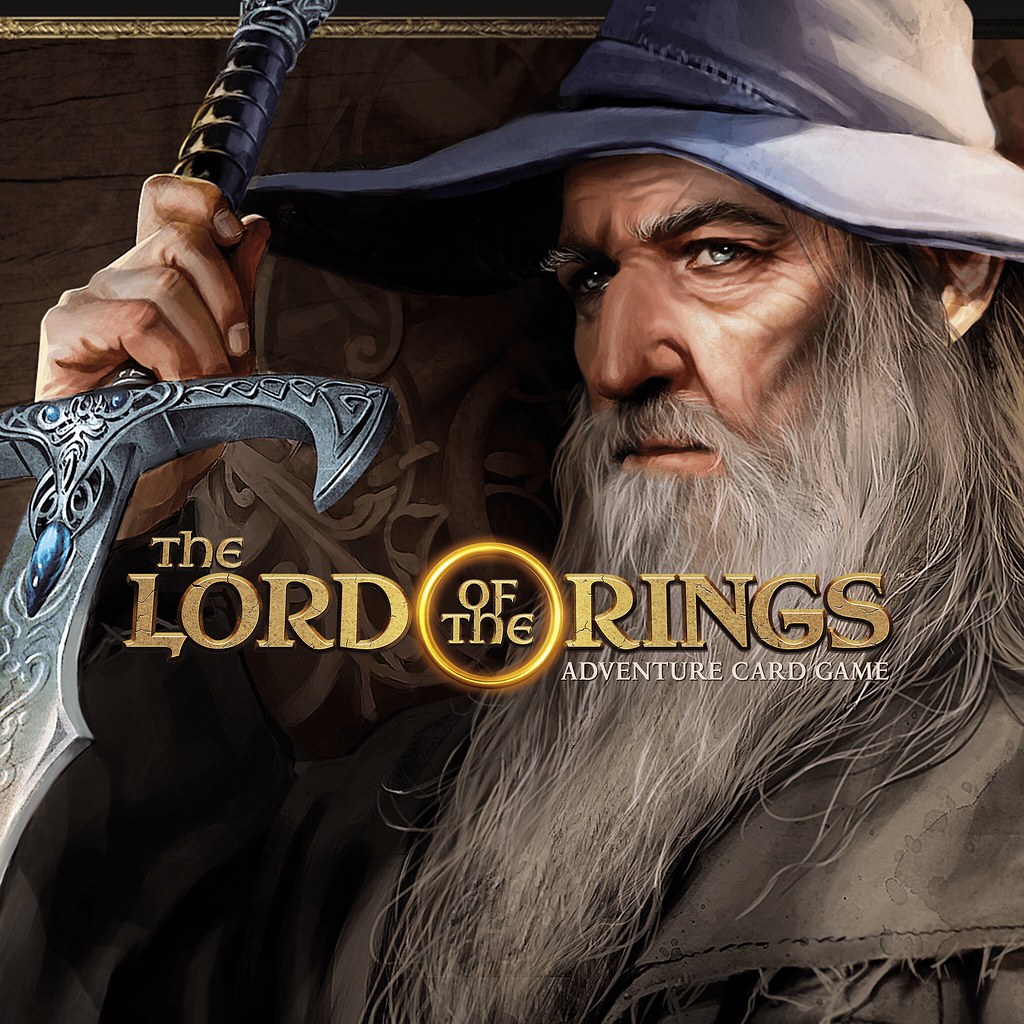 Build a deck of iconic Heroes and challenge the forces of Sauron in this thrilling tactical card game. Go forth and explore famous locations, complete story-driven quests, and forge your own legend of Middle-earth. But beware the Eye of Sauron—should you draw his attention, all will be lost… 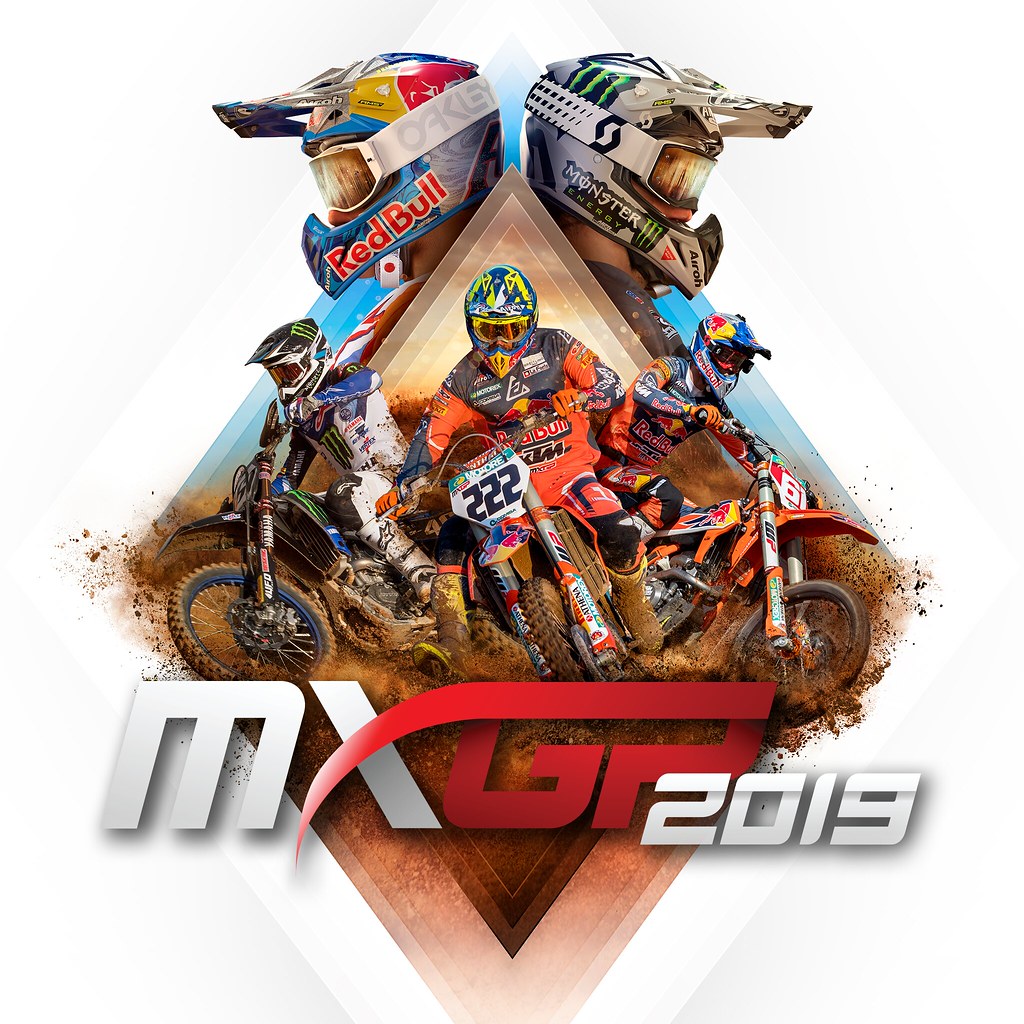 The official Motocross Championship video game is back with lots of new features in the series! For the first time in the series, you’ll be able to challenge MXGP and MX2 riders, bikes and teams in all official 2019 races around the world. Join the MX2 and MXGP championships financed by a sponsor, or get hired by an official team. 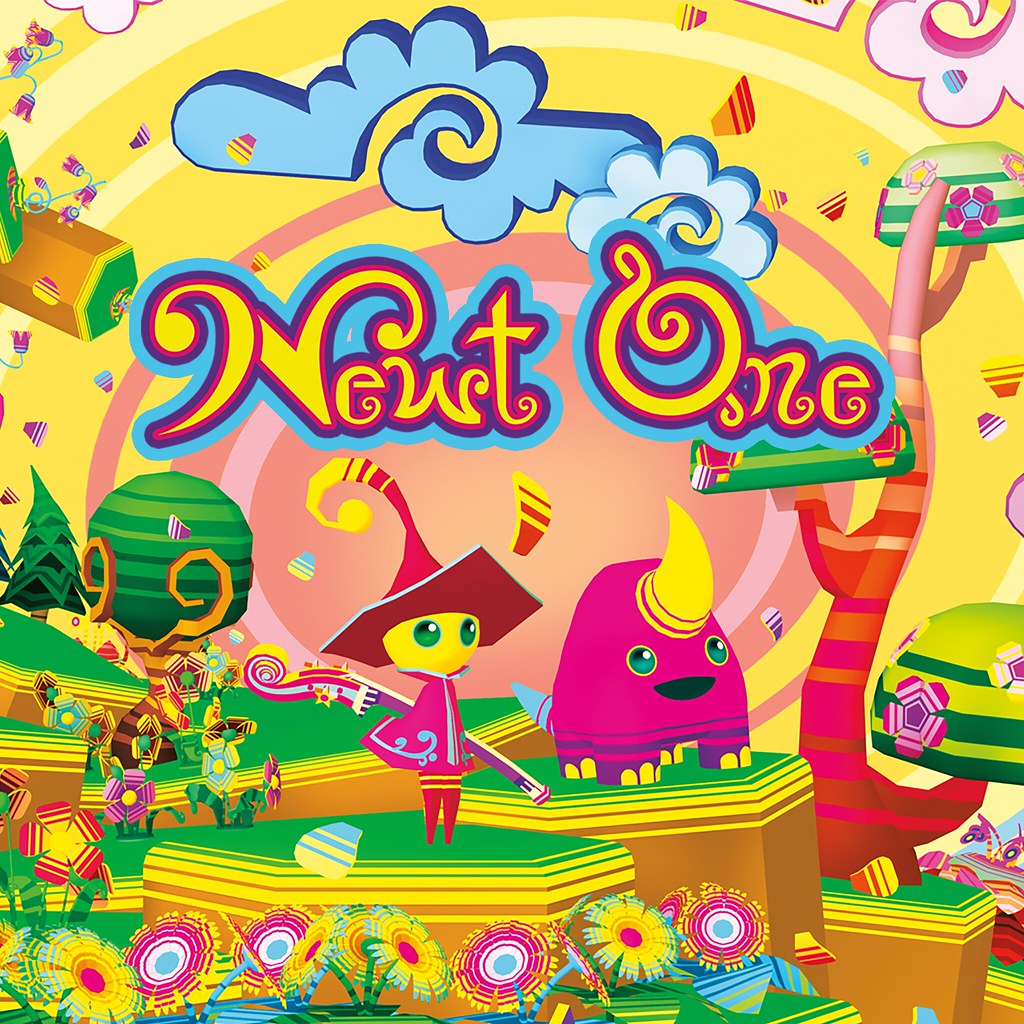 Newt One rewards players for how much life they bring to the game world, not how much life is taken from it. Experience your progress through color and music swelling in the game world as you play as Newt – a new tone in the musical land of Groovy Hue which has fallen to the Great Slumber. Awaken this sleeping, silent world to new heights of color and music in this colorful and relaxing 3D Platforming journey of cheer, music, and friendship. 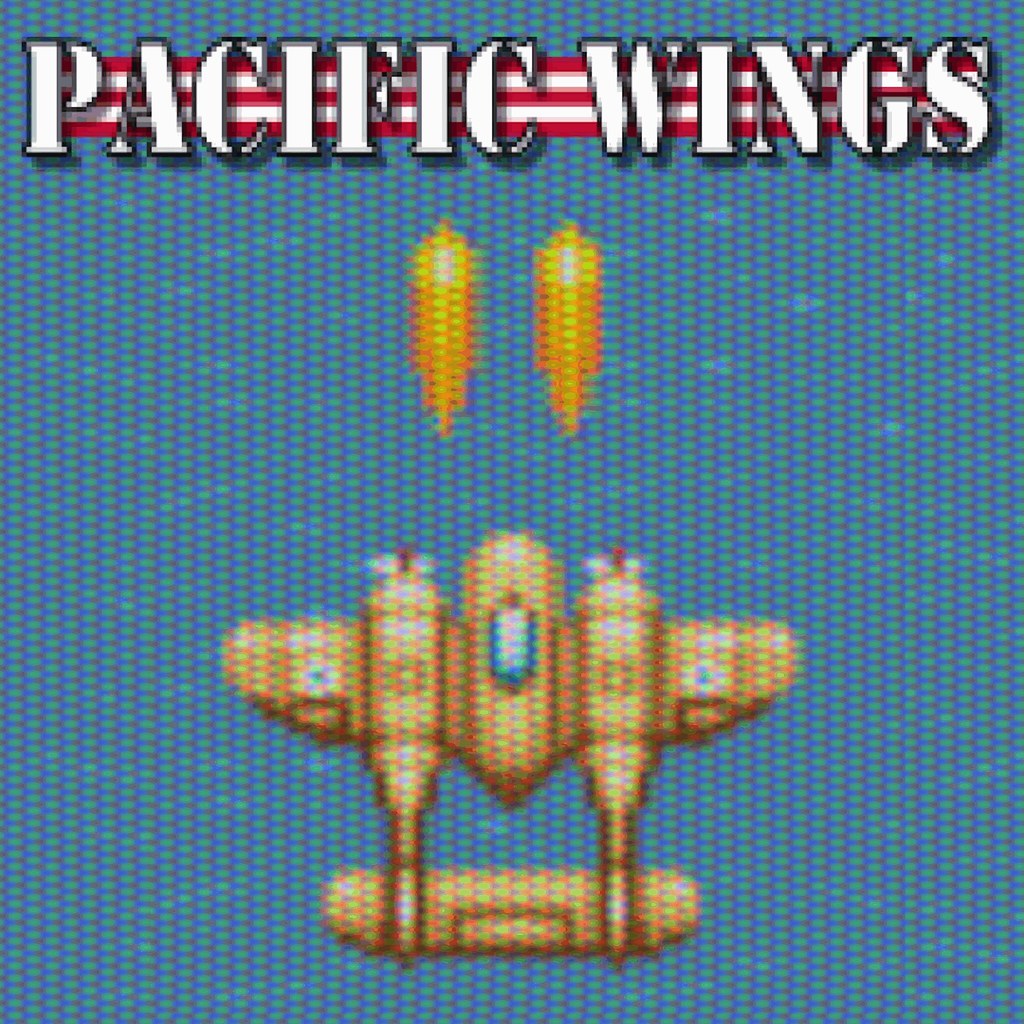 Pacific Wings is a vertical scrolling shoot-em-up with retro-style-graphics, where you fly an American P-38 airplane during the ‘Battle of Midway.’

Strength Of The Sword Ultimate 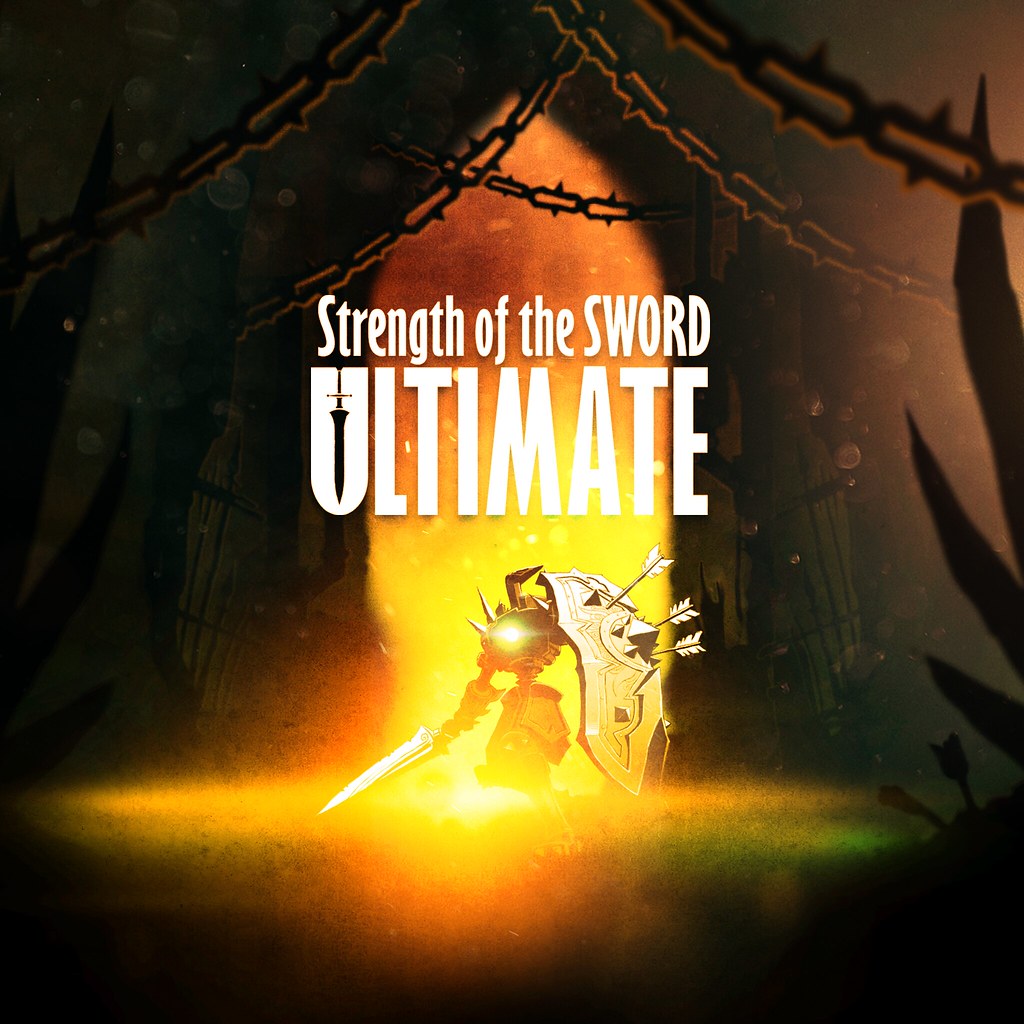 Arcade-style action that combines the tactical skill-based combat of a fighter with the progression, overwhelming odds, and awesome boss battles of an old-school brawler. 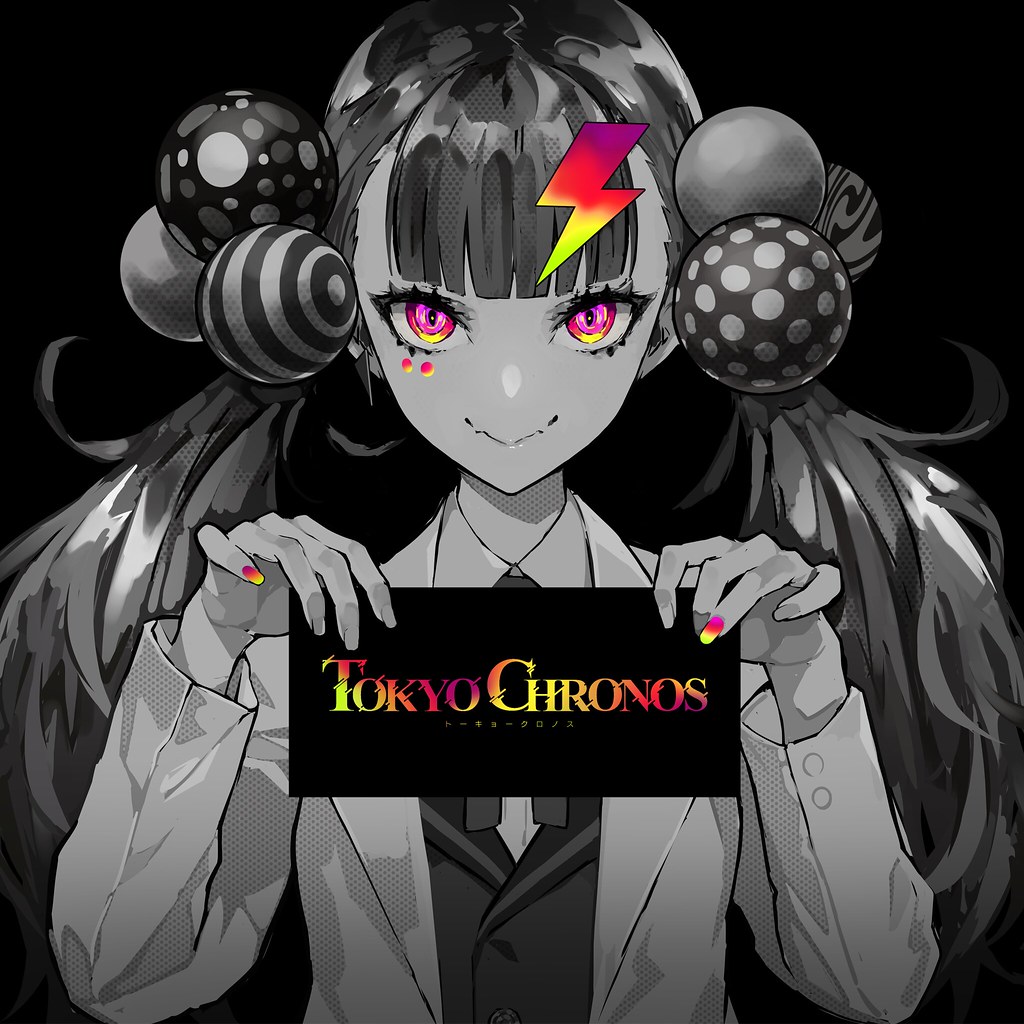 An empty, deserted Shibuya where time has frozen over. A suspenseful mystery woven by eight childhood friends trapped inside. Lost memories. A strange message: “I am dead. Who killed me?” Who is “I”? Why did we lose our memory? Who is the killer? Fragments shattered like a broken mirror. Where does the truth lie? 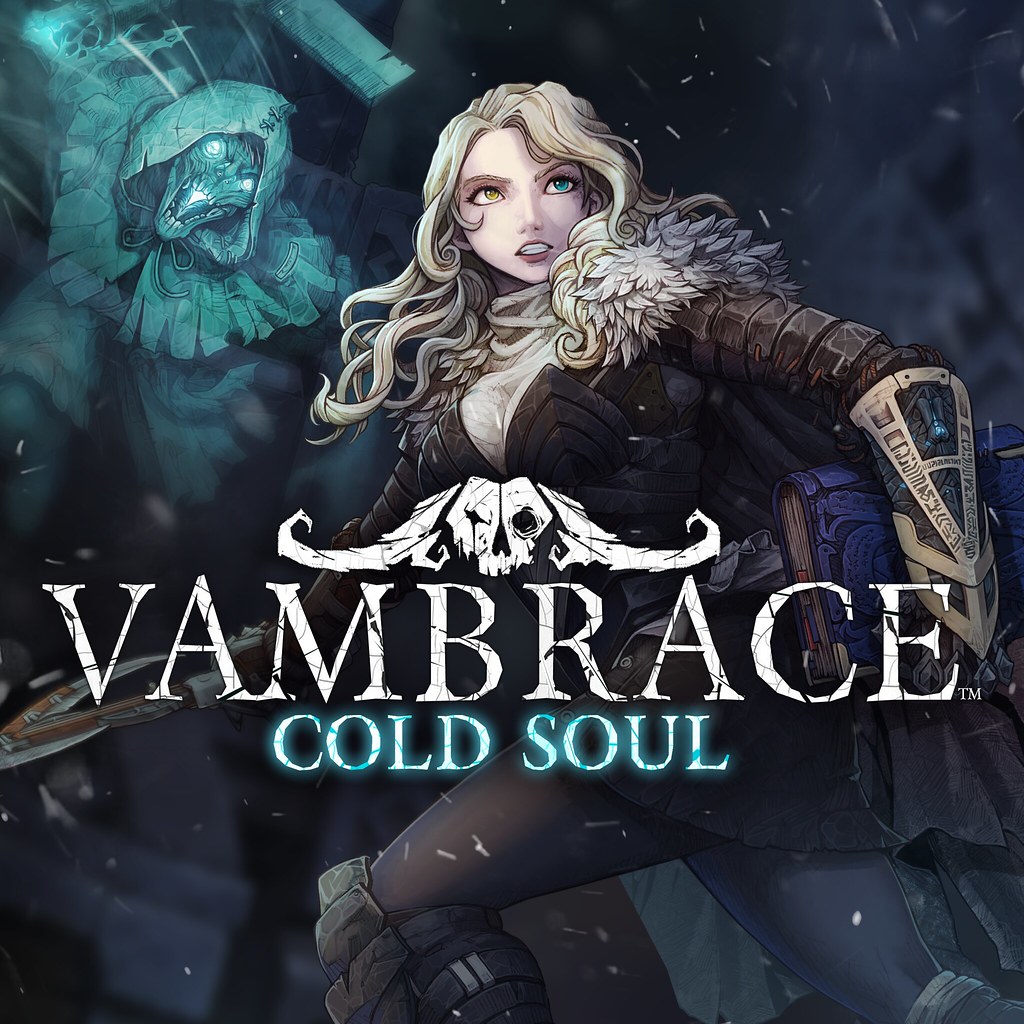 Waltz Of The Wizard: Extended Edition 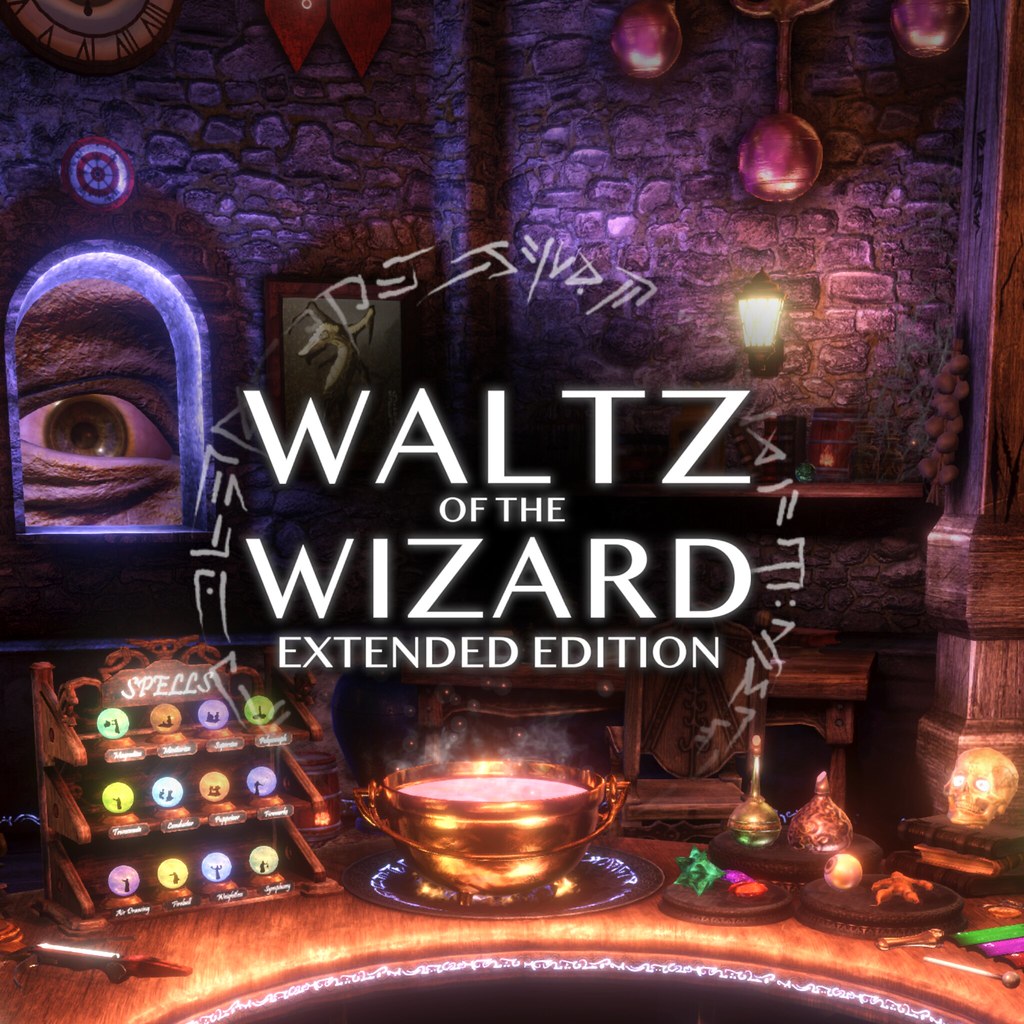 Waltz of the Wizard is a virtual reality experience that lets you feel what it is like to have magical powers. The Extended Edition is a remaster of the original that adds new spells, interactions and secrets, along with performance optimizations and new options that help keep the experience an excellent showcase for VR.

Whipseey And The Lost Atlas 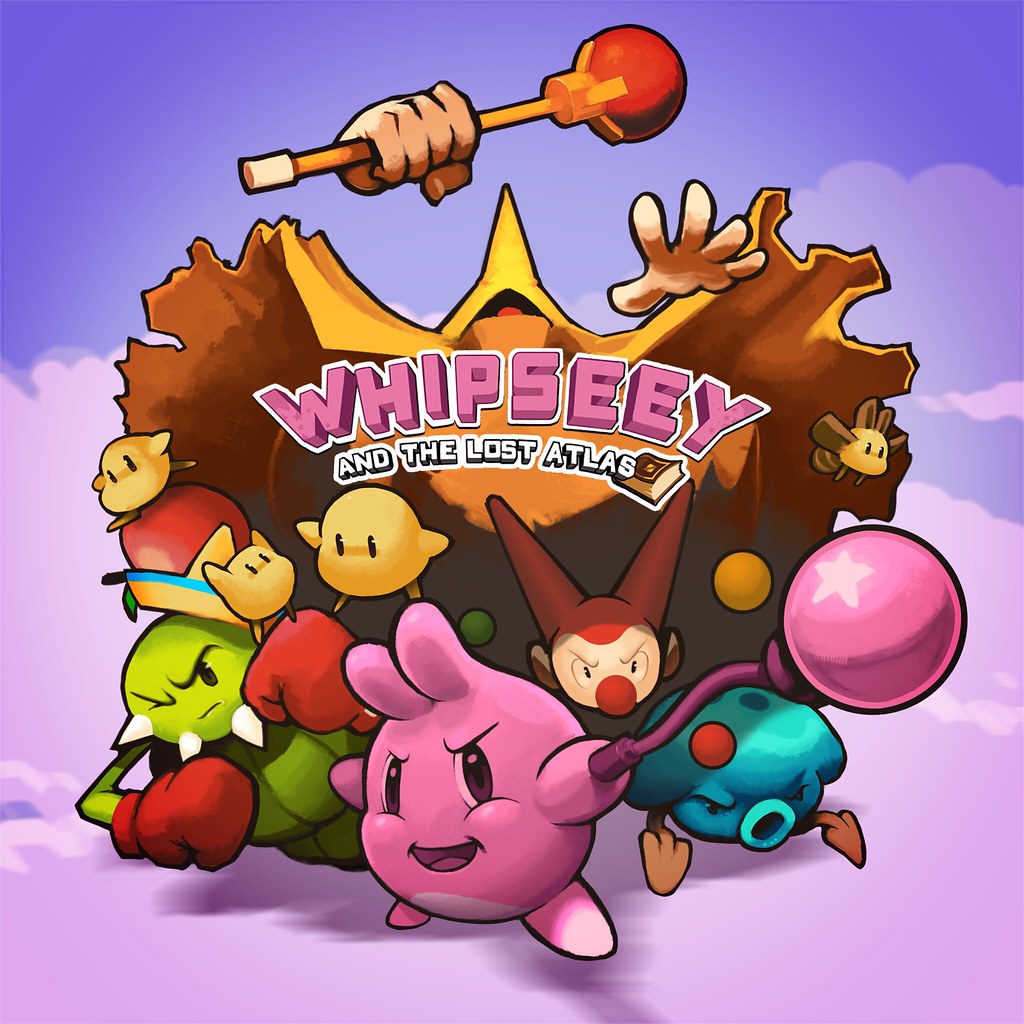 In Whipseey and the Lost Atlas you play as Alex, a young boy who’s curiosity has landed him in a world of trouble. After finding himself lost in a strange world and being transformed into a magical creature named Whipseey, he must solve the mystery of the Lost Atlas to return to his original form and go back home. 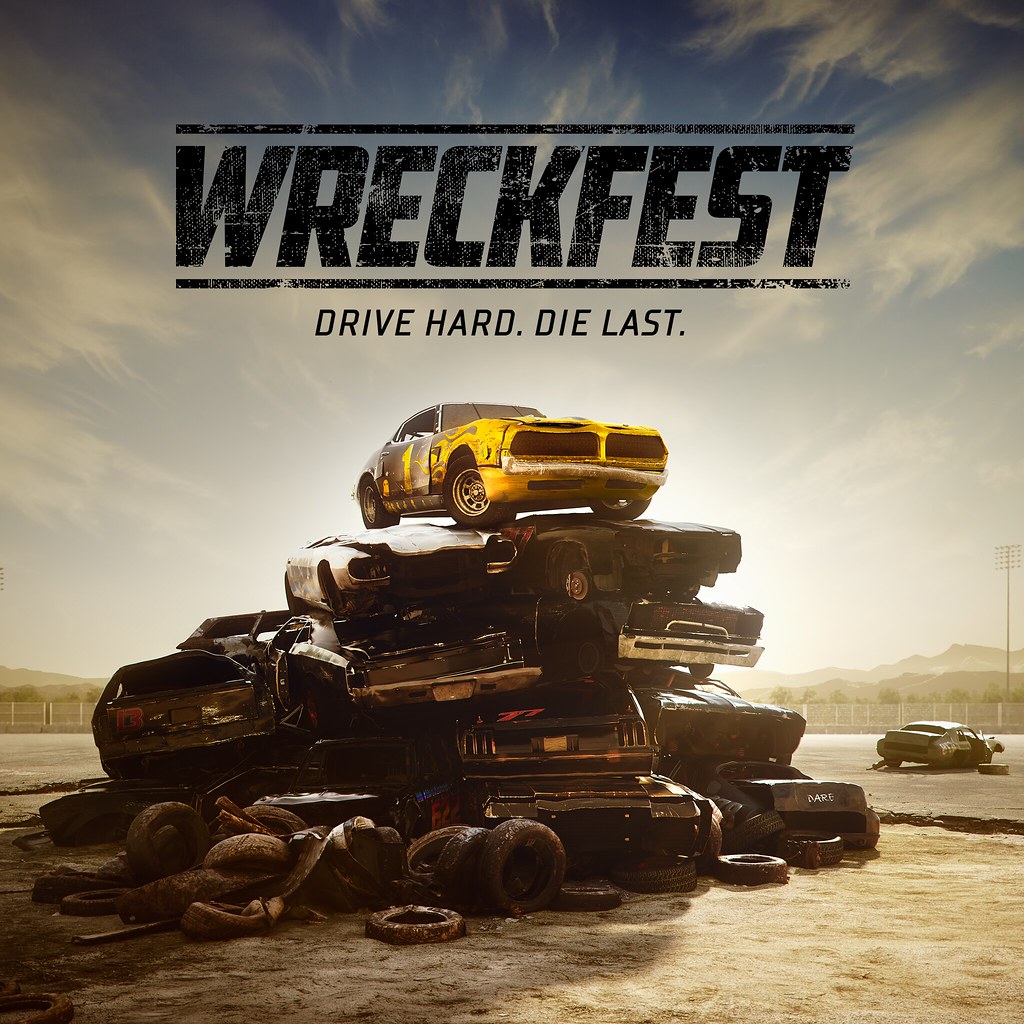 Break the rules and take full-contact racing to the limit with Wreckfest! Expect epic crashes, neck-to-neck fights over the finish line and brand-new ways for metal to bend – These are the once-in-a-lifetime moments that can only be achieved in Wreckfest, with its true-to-life physics simulation crafted by legendary developer Bugbear, who also brought you FlatOut 1 & 2.

Talking Point: Nintendo Switch Online’s Appeal Is Growing﻿, But There

PS Plus Double Discounts are Back