The virtual reality startup Teslasuit was founded in 2016 and is better known for its full-body haptic feedback suit by the same name that is designed to convey virtual contact to the arms, legs, the upper body as well as temperature fluctuations through precise vibration. 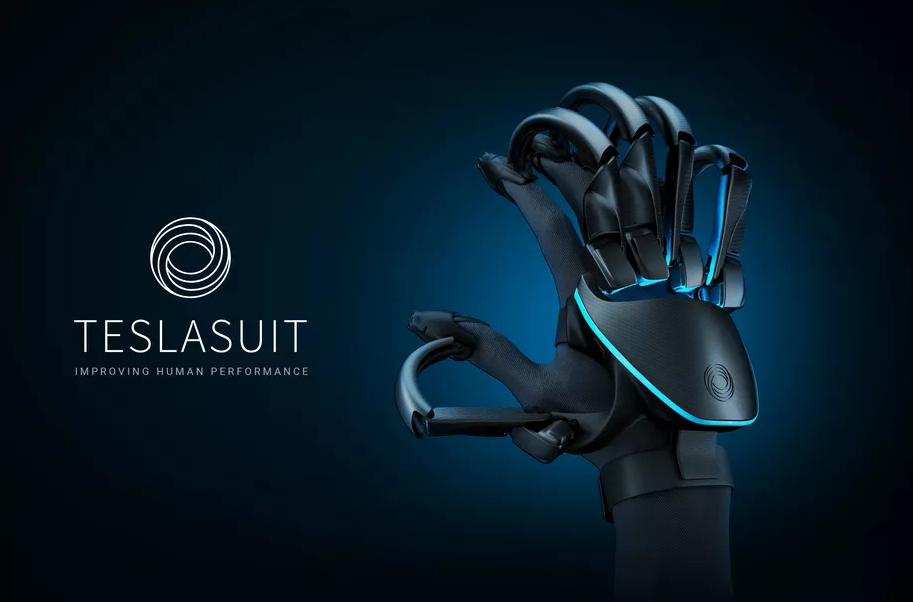 The startup is now introducing a haptic glove which allows virtual reality users to feel textures and also collects biometric data. The new device is known as “Teslasuit Glove” and is set to debut during the CES in January 2020 with shipping slated for the second half of 2020.

The Teslasuit Glove, like the Teslasuit, has been designed for applications in training, medical rehabilitation along with other enterprise uses. The device deploys a number of technologies to simultaneously bring out the sensation of touching and holding objects in virtual reality. It also captures the motion of users and hands and records the user’s pulses along with other biometric information. The Teslasuit Gloves can also be paired with the Teslasuit full-body suit over a Wi-Fi network to deliver a near full-body capture or haptic feedback for virtual reality.

Telsasuit is one of the dozens of haptics and motion control companies which launched during the virtual reality boom of the mid-10s. Initially, these products targeted the consumer market but the focus gradually shifted to the enterprise market. Teslasuit launched on Kickstarter 2016 but the campaign was cancelled and the company’s first product was launched in 2018.  The company has since demo’d the potential areas of applications of the technology in emergency evacuation drill practice, astronaut training as well as various other simulation scenarios. The creators have also pointed to gaming and entertainment as possible areas of applications although with a price tag of $5,000, this will most certainly not be a home headset accessory.

The Teslasuit virtual reality gloves have multiple sensors which make the shapes and textures of objects in virtual reality noticeable. There are nine electrodes at every fingertip for touch simulation and mediation.

Additional sensors record not only the movements of the fingers but also the rotation of the wrist. There are biometric sensors that measure the pulse. The gloves can also be connected to the complete Teslasuit through Wi-Fi and then synchronized for full VR body control.

The Gloves have visually striking artificial joints that reach from the back of the hands to the user’s fingertips and which are connected to small motors through ligaments.

These offer the resistance to match the virtual object being experienced by the virtual reality user so as to provide the sensation of a user actually holding the virtual object in their hands. A softball, for example, can be simply crumpled up while with a tennis ball, the joints pull upwards in such a way that the user can only close their hands as far as the pressure from the tennis ball can allow.

The Teslasuit Gloves boast basic haptic as well as force feedback capabilities which consist of an array of nine electrodes on every finger. These produce the sensation of touch for a nonexistent virtual surface. The plastic exoskeleton of the device creates vibration and resistance thereby simulating interaction with solid objects.

Additionally, the Teslasuit Gloves will capture the motion of the users’ fingers and wrists. These include a pulse oximeter which collects data such as the heart rate of the user which can indirectly measure conditions such as stress as well as various other physical reactions to experiences.

The vast spread of features in the Teslasuit Gloves is similar to what is on the Teslasuit full-body haptic feedback device which also collects biometric information and motion data and stimulates the physical feeling through electrical stimulation. During the CES 2020 slated for January, participants will be able to check out the suit although they won’t be able to try out the gloves yet as these are still undergoing testing.

Teslasuit Glove faces stiff competition from companies such as Manus VR and HaptX which are already producing fairly sophisticated haptic products. The device doesn’t offer the hyper-fine feedback that you would get from existing products such as the HaptX glove but Teslasuit is touting the vast breadth of features that it offers end users which will be its key distinguishing factor in a rapidly growing market.

Like the suit which goes for $5,000, the Teslasuit Gloves are also targeting professional users.

Ready At Dawn Sets May 5 For Start Of Quest's Echo...

The Top 20 Best Rated and Most Rated Oculus Rift Games...