Have you ever wondered what Elvis Presley would do if he had a Tesla? Would he praise it? Would he shoot the car if it had any sort of glitch, as he did with his 1971 DeTomaso Pantera more than once?

The fact that this story happened in Memphis, Tennessee, possibly close to Graceland, may give us answers on that. One of the explanations for it is that Elvis decided to try a brand-new Model S.

Visanji T. Gala sent us a message on October 20, telling how his Tesla apparently decided to have a will of its own and drove to the wrong garage of his house. With Gala as a passenger at the driver’s seat. He said he tried to steer the car in the right direction and to brake it before the crash – to no avail. The pictures and the video told you what happened before we could.

According to Gala, he took delivery of his red Tesla Model S 100D last October 9. Exactly nine days later, on October 18, he was driving back home after having bought new mats.

He has three parking spaces there, side by side – one on the left, one in the middle, and one on the right. 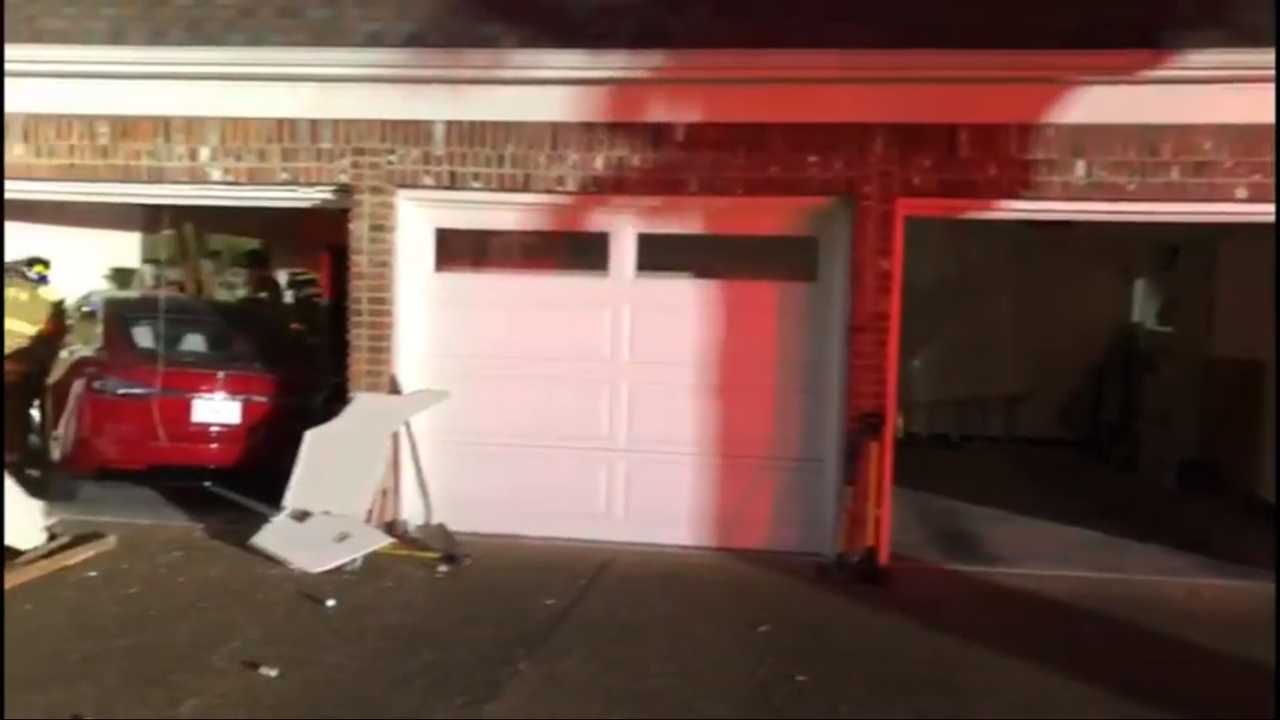 Gala placed a charging spot for his new car on the right one, which he calls Garage 3. Garage 1, on the left, is used as storage. When he entered his driveway, the car started to push left despite Gala trying to turn it right.

“As if possessed by a demon, the Tesla had a mind of its own and decided to go to Garage 1. I hoped it would stop as the door was closed. I tried hard to steer it to Garage 3 but I had no control over the steering wheel. It just would not budge. I tried to brake but even the brakes did not work.” 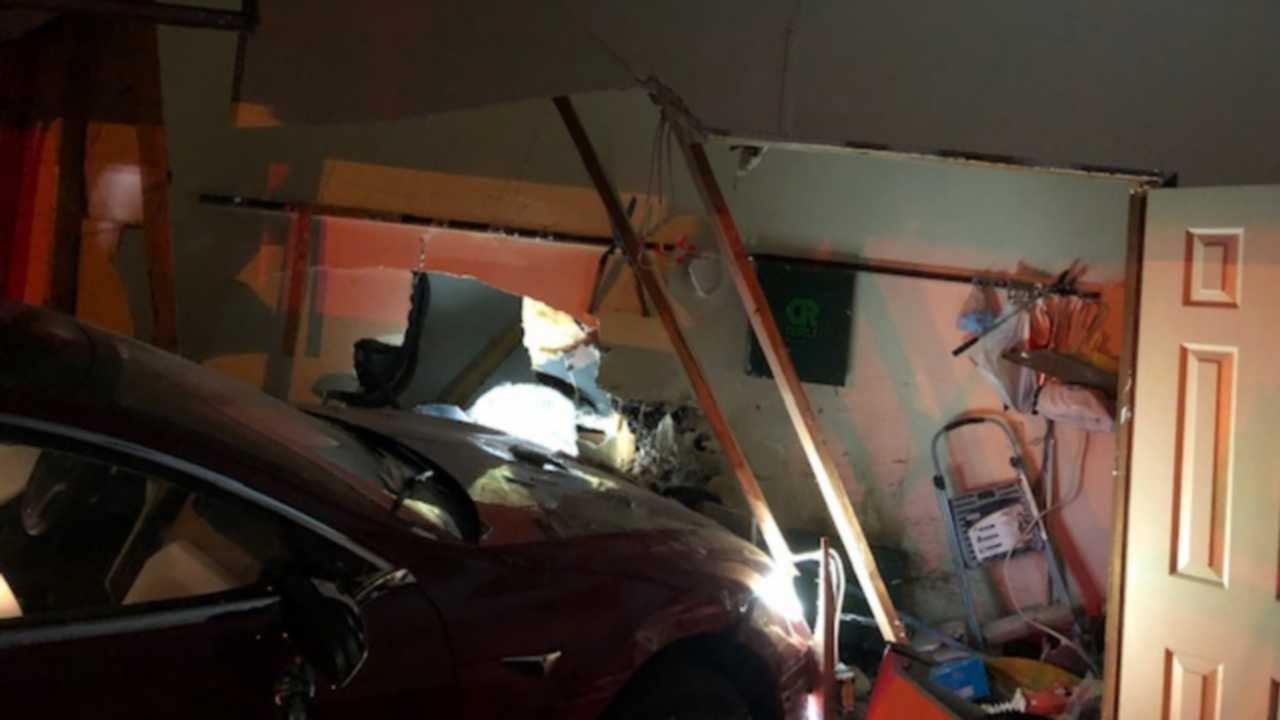 This picture above was taken inside of the garage, and it reveals some of the damages the accident caused. Gala describes them below.

“The car broke through the closed garage door and hit a heavy treadmill, pushing it aside by a few feet. It went through the sidewall of the utility room before being forced by items stored there to stop. I am not sure why it stopped.” 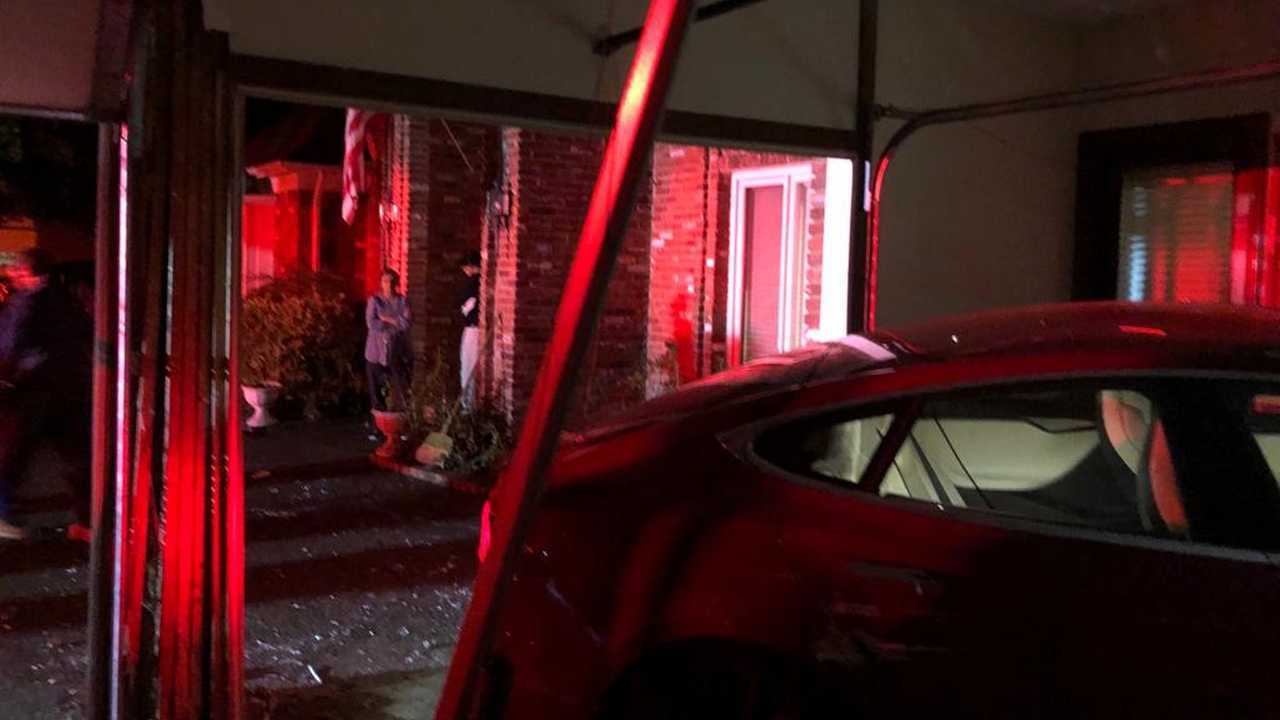 Gala did not get hurt in the incident, but there is something else that bothered him in the whole situation.

“Surprisingly, the airbags did not open even after such a heavy impact.”

That is something that will make repairs cheaper, but Gala thinks that was not supposed to happen due to the speed and strength of the crash. It is very likely they were not high enough to activate the passive safety system. 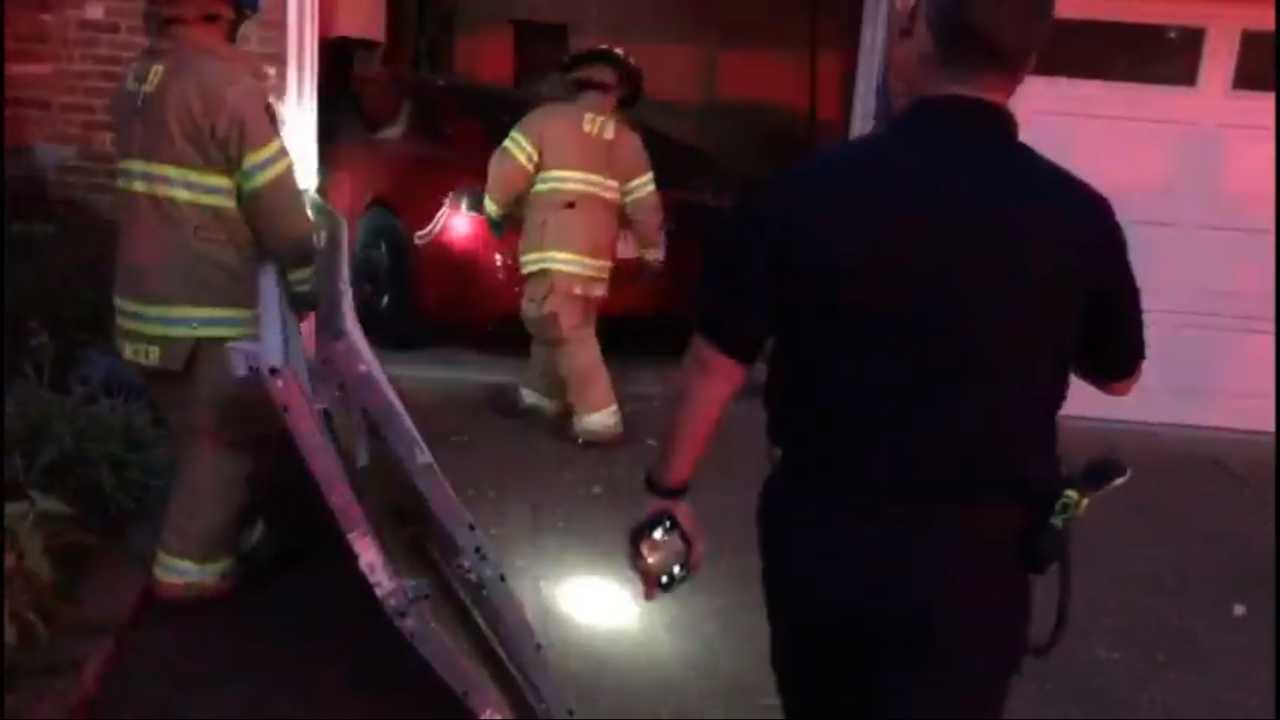 There is a large number of accidents in which people blame Autopilot or other things on the car only to be theoretically proven wrong by Tesla logs. We have asked the company last October 21 what happened in this case. We are still waiting for clarifications – so was Gala.

We asked Gala how Tesla handled the situation when he first reported it.

“After 40 minutes on hold and going through several numbers, all they said was ‘your insurance will handle the claim.’ No help from Tesla.” 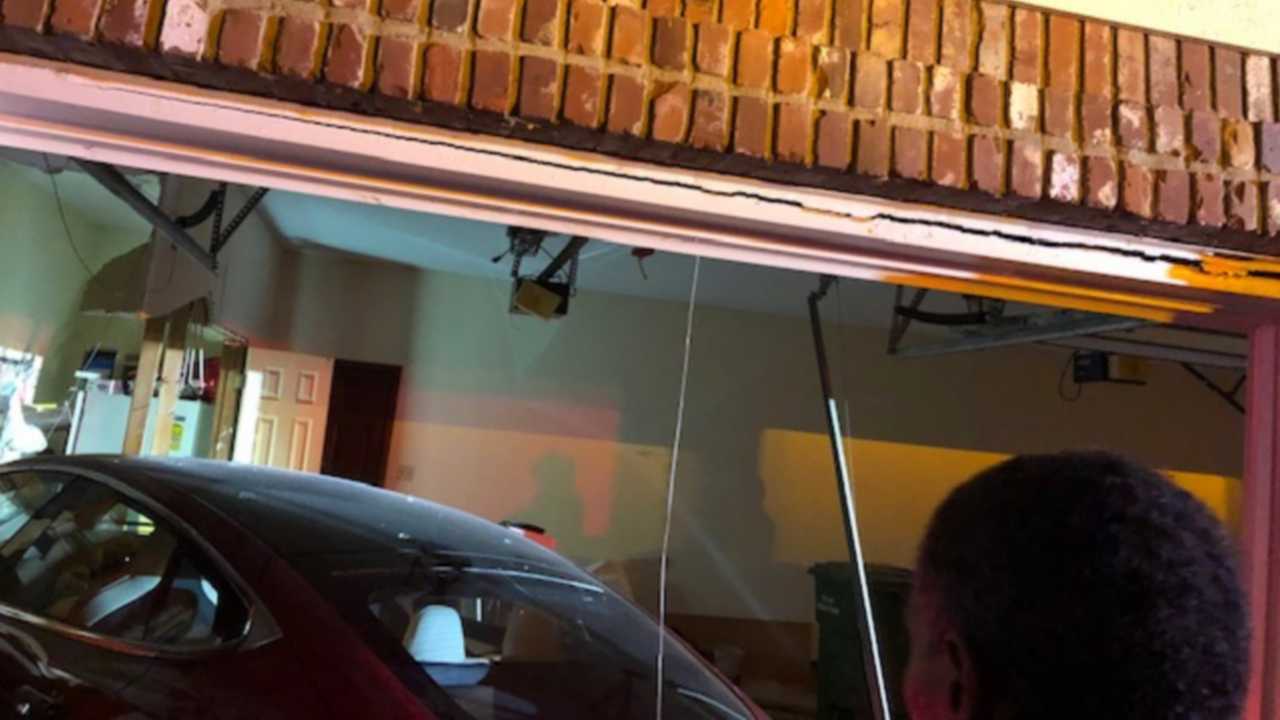 Gala is not relying only on the EV manufacturer for answers anymore.

“The police have the report. There is no drinking involved. I have filed a report with NHTSA.”

In the video, you can hear someone asking him this:

“You did not have your foot on the gas, did you?” 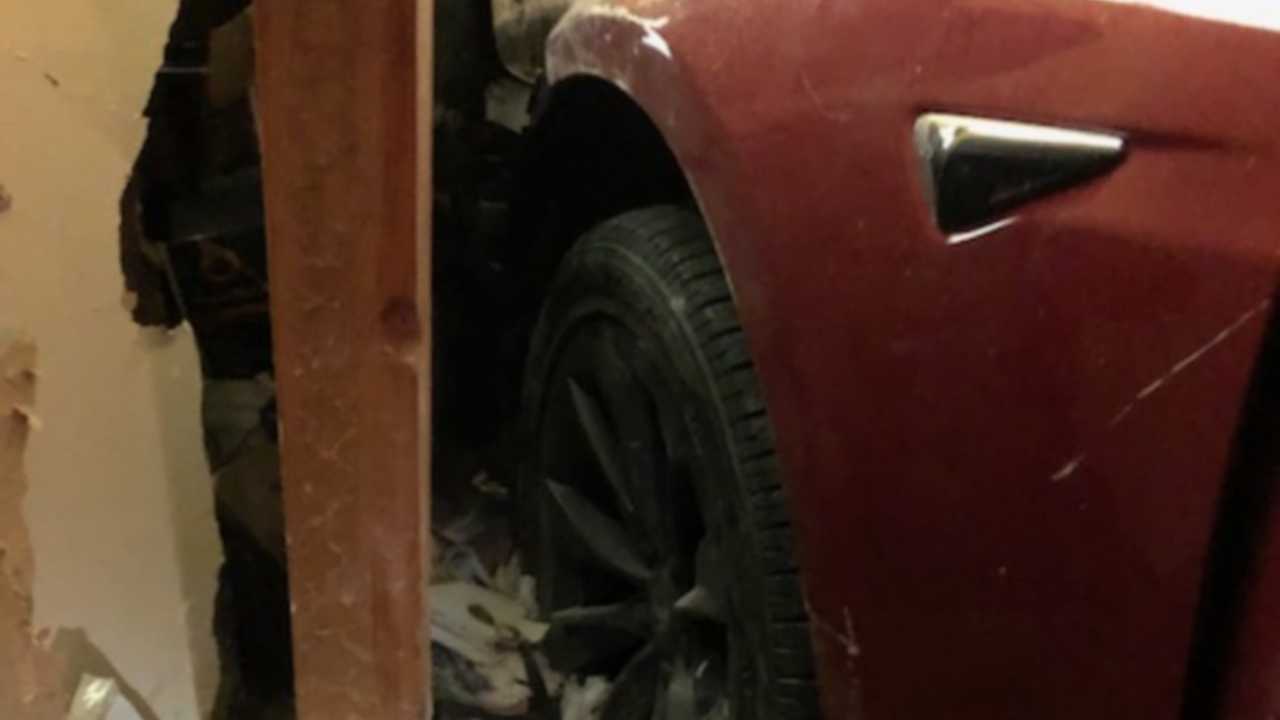 We warned Gala people would say he lost control of the vehicle when we published the article. That they would claim human input is supposed to overtake whatever the car decides to do under Autopilot or another autonomous feature.

He knows they will ask him the same questions the person on the video does. That he will be blamed for it, but he wanted to make the story public to get it clarified.

It is crucial to stress Gala was behind the wheel all the time. Were Gala in an ordinary car, investigations would be around his driving. If it were not guilty, the analysis would focus on a stuck gas pedal and in something broken on the suspension for the vehicle to turn left instead of right. But we are talking about a Model S – a car we know that has the ability to steer and brake autonomously.

“I was not in Autopilot. I was parking. Even so, the car did not stop at the closed garage door, after hitting the sidewall of the garage or the treadmill. By God’s grace, I am lucky that this did not happen on a freeway, driving at high speeds. Else, I would have serious injuries.” 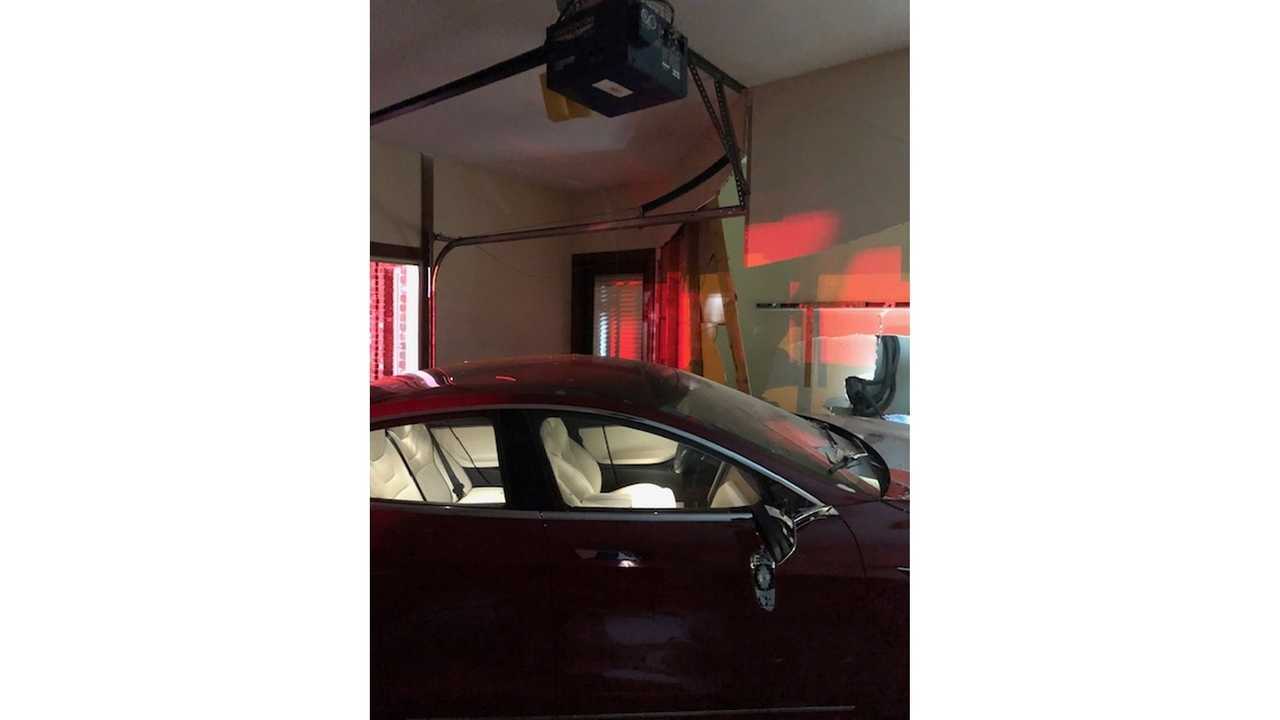 Would the car do all this against the driver’s inputs? Gala insists it was not his fault. Proof that this is what he genuinely believes is that he wanted an explanation from Tesla. He also wishes to check if other Model S drivers faced similar situations. This article is his opportunity to ask that to a broader audience.

Will Tesla now get in touch with Gala to explain what happened? The Model S owner assures the car decided to go left by its own will. So far, we only have his word on the accident.

Police investigations may prove Gala is innocent about what happened, as he claims to be. In that case, we will only have two possibilities left: either the car or Elvis are to blame. There is a high chance the King of Rock has nothing to do with this.