It’s a good problem to have when you can’t decide whether you’d rather stare at a new car’s exterior or get inside to play with the tech on the interior. Polestar is happy to have people grapple with that as the electric performance brand from Volvo rolls into Seattle to show off its Polestar 2.

The brand’s first all-electric vehicle, which follows the limited-edition hybrid Polestar 1, is being billed as a competitor to the Tesla Model 3, the top-selling EV in the world last year. And Seattle is the first stop on a North American tour to show off what’s been built. The city’s tech ecosystem, combined with early reservations and preorders, made it a natural fit according to Polestar representatives who offered a look at the vehicle in the Fremont neighborhood on Wednesday.

“It’s very much a market where you have an appetite for [electric vehicles] and an EV infrastructure already in place,” said Jonathan Goodman, Polestar’s chief operating officer. As he ticked off a list of cities on the West Coast such as San Francisco, Los Angeles, San Diego and Vancouver, B.C., Goodman said, “It became very exciting for us to say, ‘Why don’t we go to Seattle first?’ Cool town. Right sort of vibe.” 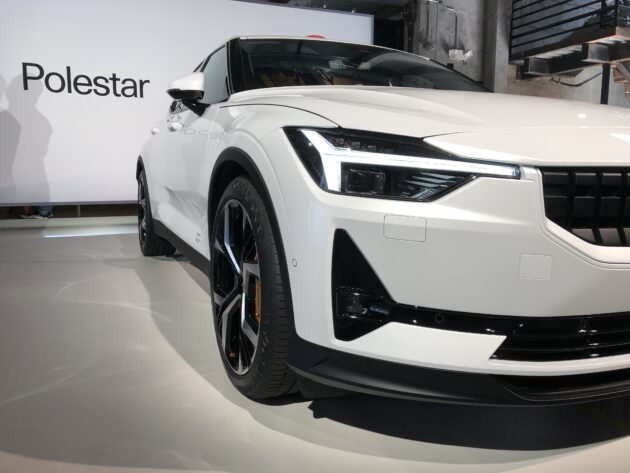 The public is invited to check out the car this weekend, as Polestar will be parking it at the base of the Space Needle on Saturday and Sunday. But, the gawking opportunities won’t end there, as the city will also become home to one of the brand’s initial retail showrooms. Much like Tesla has done, this won’t be a traditional car dealership located outside of the urban core.

“We want to be in the areas where people go to shop, areas where they’ll find an Apple Store or things like that,” Goodman said. “The size and intimacy of the space is important.” 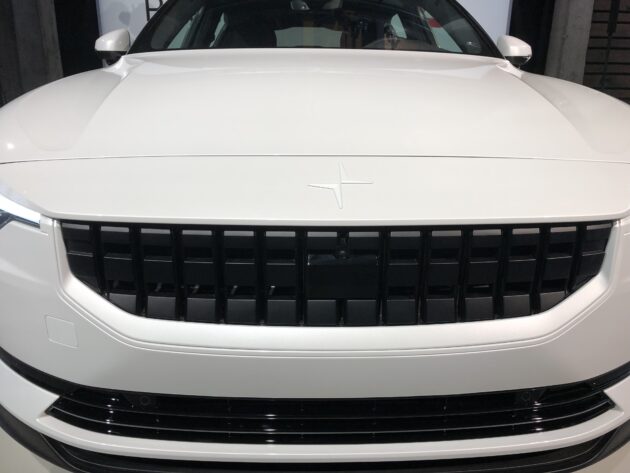 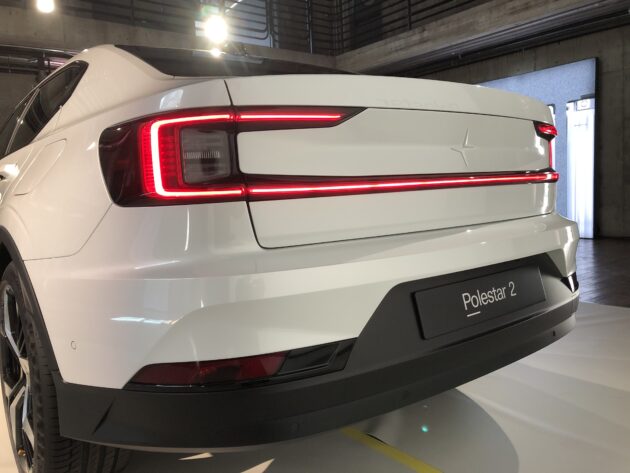 Tesla, the electric car maker founded by billionaire Elon Musk, has four showrooms in the Seattle area, including South Lake Union, University Village and two in Bellevue, Wash. In earnings posted on Wednesday, the company reported a loss of $1.12 per share, with revenue of $6.35 billion. Tesla still expects to sell 360,000 to 400,000 vehicles this year, mostly Model 3s.

“One thing you’ll never hear me do is talk down Tesla, because I think what they’ve done is remarkable,” Goodman said. “I think what this is is a fantastic alternative. What you’ve got here is a car that’s built on a proven platform. It’s proven technology. When you start to look at the build quality, when you start to look at the quality of the vehicle in total, I think it becomes very enduring. It’s a very different proposition in terms of design. … I think we’ve got an absolutely great package.” 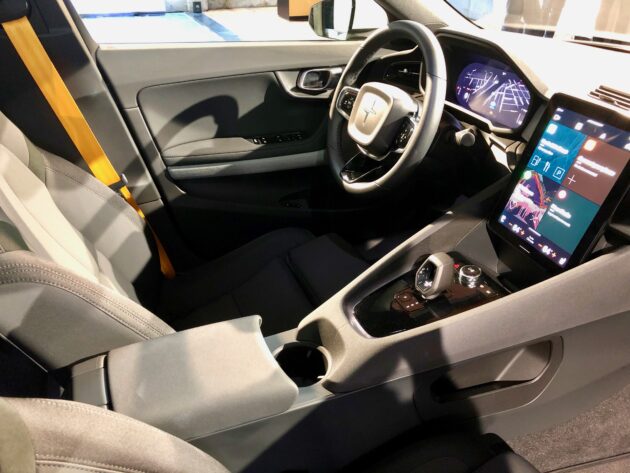 A big part of that package is the technology inside the car, connecting the driver to information and entertainment through the use of sleek visual displays and Google’s new Android Automotive OS, which eliminates distraction through the use of voice and Google Assistant and does not require a smartphone.

The Polestar 2 will be one of the first vehicles to feature Google’s improved in-car software that moves away from Android Auto, which lived on a user’s phone. CNET has a deeper dive on the progression of the tech.

Above the center console is an 11-inch screen in landscape orientation. Users can control navigation and ask for everything from a song to be played to a lower temperature setting in the car. A narrower, 12-inch-wide display above the steering wheel and in front of the driver — where speed and battery life are displayed — also shows Google Maps information to minimize distraction.

Inside the slick, all-electric @PolestarCars 2 in Seattle, running through a few voice commands with the built-in Google infotainment system. Story tk on @geekwire. pic.twitter.com/aJk6iWEO3T

The Polestar 2 recognizes who is driving by their smartphone and adjusts to preferred seat position and home screen apps on the display. There is also wireless phone charging built in.

First deliveries for U.S. customers are planned for 12 months from now, at a price of $63,000 (before federal electric vehicle credits). Interested buyers can configure one and reserve online now with a $1,000 deposit.

Tesla’s Model 3 starts at a base price of $35,000. Tesla bills the vehicle, which reached a record 77,634 deliveries last quarter, as the best-selling premium vehicle in the U.S. The company announced today that its longtime CTO, JB Straubel, is transitioning to a senior advisor role. 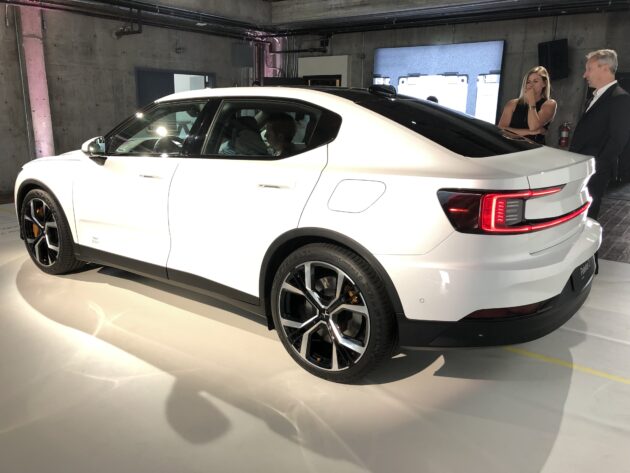 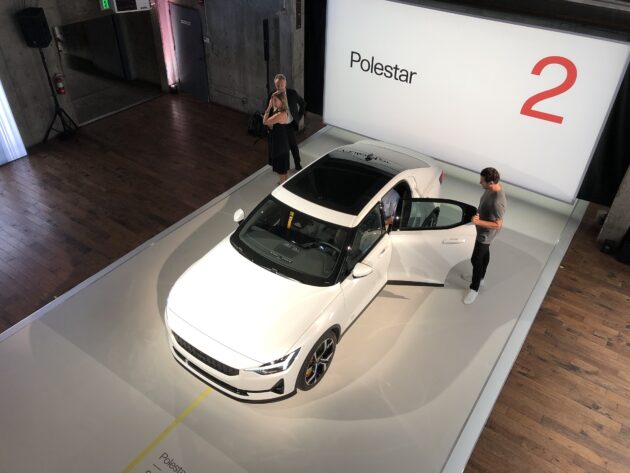 Flight Unlimited Is Not The VR Flight Sim You're Looking For...

Lights as a Feather Season 2 Gets a Mixed Reality Treatment...