This week, the social VR platform VRChat closed a Series C funding round that is worth $10 million. The funding round was led by previous investors such as HTC, Brightstone Venture Capital as well as GFR Fund. The latest funding round was also joined by Makers Fund. Since its founding, VRChat has now raised about $15 million. 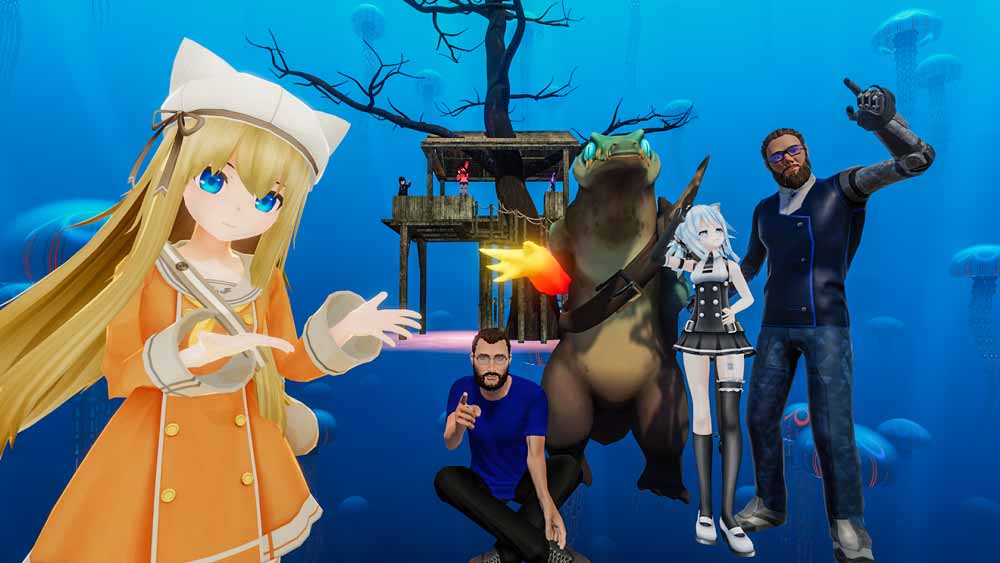 The latest investment round will enable VRChat to expand its platform as well as the surrounding community. CEO Graham Gaylor says the goal of the platform is to connect people and enable them to interact with one another as intimately as if they were physically inside the same room. VR Chat aims to create a “virtual universe”. The platform offers users many colors along with offbeat humor and as far as competition in the social VR space is concerned, it is currently on the leading edge of the online chat and gaming world. According to Viveport boss Rikard Steiber, the social VR platform has “cracked the code” when it comes to the delivery of exciting virtual reality social experiences.

VRChat is an immersive social VR platform where both VR and non-VR users can interact and socialize inside a connected virtual world while simultaneously exploring the various activities and user-generated spaces. VRChat provides users with a fairly loose laissez faire feel as well as the user-generated content and its non-prescriptive gameplay offers a unique experience that is different from that of other social VR platforms such as Rec Room and Bigscreen.

The game is also popular in the livestreaming arena thanks to its mix of aesthetics and diverse activities. It ranks among the top 100 Twitch titles by the average number of viewers according to data by Twitch tracker SullyGnome.

The company raised $5.2 million and the latest infusion of cash now takes its total fundraising to $15 million. VRChat is still in the startup phase and it hasn’t yet figured out a monetization strategy so it remains free to players.

The VRChat platform was launched in 2017 to a slow start. Over the subsequent years, it steadily grew its user base and gained traction in the market. It had its massive viral moment with its adoption by Twitch livestreamers as well as the dank VRChat-inspired memes. These saw the platform’s player count surge 25-fold in just one and a half months. The viral surge was crucial to the platform’s lasting traction and the game saw a constant 10-fold increase in player count compared to the pre-viral surge moment.

Stats for other social VR platforms aren’t currently available for comparison so it is impossible to determine the scale of usership on other platforms. According to VRChat, the platform had seen 4 million unique users in 2018, 30% of whom are using virtual reality.

Recently, the VRChat platform launched the Oculus Quest platform. It is already available on other VR platforms including Steam (Index, Vive, Rift and Non-VR) and Oculus Rift.

The series C funding has come only a few months after the other social VR platform Rec Room announced another $24 million in additional funding from its erstwhile Series A and Series B investments.

The success of VRChat has to do with the fact that the apps is mainly used on 2D displays in spite of the “VR” designation. The app is also offered free which has accelerated the uptake. VRChat isn’t monetizing the platform yet.

According to VRChat CTO Jesse Joudrey, the entry point for most users on the platform are the 2D displays before they eventually transition to virtual reality hardware for an immersive social VR experience.