After the disappointment that was V-Rally 4 on Switch – the only other ‘pure’ rally game currently available on Nintendo’s console which arrived in something of a shambolic state – can developer Kylotonn return to the platform and finally give fans of the genre something to smile about with the latest entry in its WRC series of games?

Well, with WRC 8, the developer has taken all the necessary measures to deliver a solid 30fps framerate for its intense rally action here – something it totally manages to maintain in docked mode – dialling the graphics right back to their most basic settings in order to provide a driving experience that, while not exactly the greatest looking, performs solidly on Nintendo’s console… as long as you refrain from taking things portable. Yes, that’s right; we said please refrain from engaging portable mode on your portable console.

The fact of the matter is handheld play here is a pretty messy affair – a blurry, pixelated jumble that makes it hard to get a handle on where you’re headed, especially when pelting down a narrow dirt track or through an icy forest at crazy speeds, which is what you tend to spend quite a lot of the time doing whilst rallying. It’s a situation made worse by what we’re guessing is some pretty harsh dynamic resolution scaling that has a tendency to kick in whenever the screen is at its busiest, adding to the graphical misery as it very noticeably downgrades the resolution in an attempt to stabilise a framerate that tends to drop whenever things get hectic. In short, this is certainly the weakest port of Kylotonn’s racer. 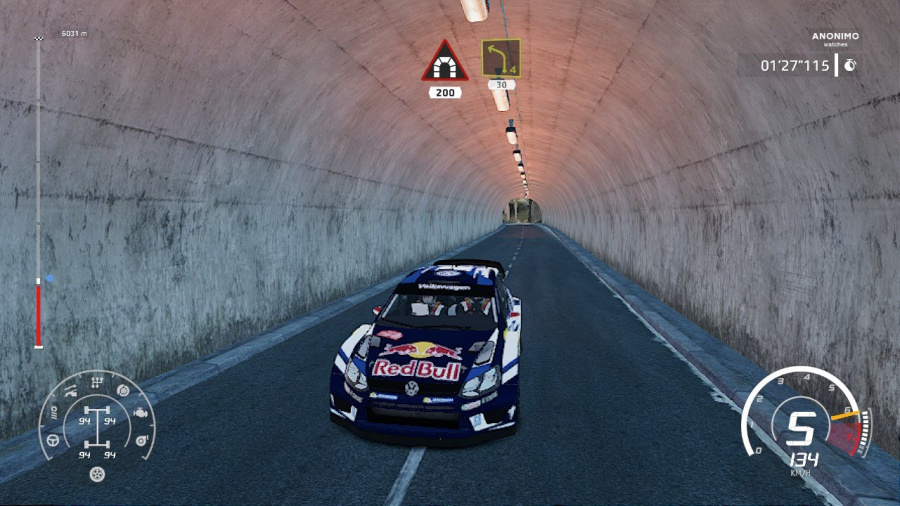 Which is a real shame, because WRC 8 was greeted with some pretty positive reviews on its initial release in September and it’s perhaps the strongest entry in the long-running series to date. It’s a thoroughly solo-focused affair that overhauls the usually spartan career mode – adding a bunch of team management aspects, R&D upgrade mechanics and an oh-so-fashionable XP skill tree – and delivers plenty of top-notch rally action on some supremely well-designed tracks, with a total of 100 stages in total spread over 14 impressively diverse locations.

Alongside the career mode there’s Seasons – which rips all the team management aspects out of proceedings and throws you into a full rally season without interruption – and constantly-updated weekly challenges that see you earn XP as you battle to earn a top spot on the online leaderboards. It should also be noted at this point that this Switch version arrives sans the split-screen multiplayer and eSports modes available on other platforms – not great when you consider it’s exactly the same price as those more feature-rich and smoother-running versions of the game.

The car handling model in WRC 8 is serious simulator business and feels much less drift-oriented than is the case with many of its rally competitors; you’ll need to get to know courses intimately, pre-empting where your car needs to be on the road at any given time, lining yourself up in advance to blast through corners, over jumps and through chicanes. It’s exhilarating stuff; fast and exacting with cars that handle impressively differently from one another. Difficult to master even at easier settings, it’s a racer that rewards patience and skill. 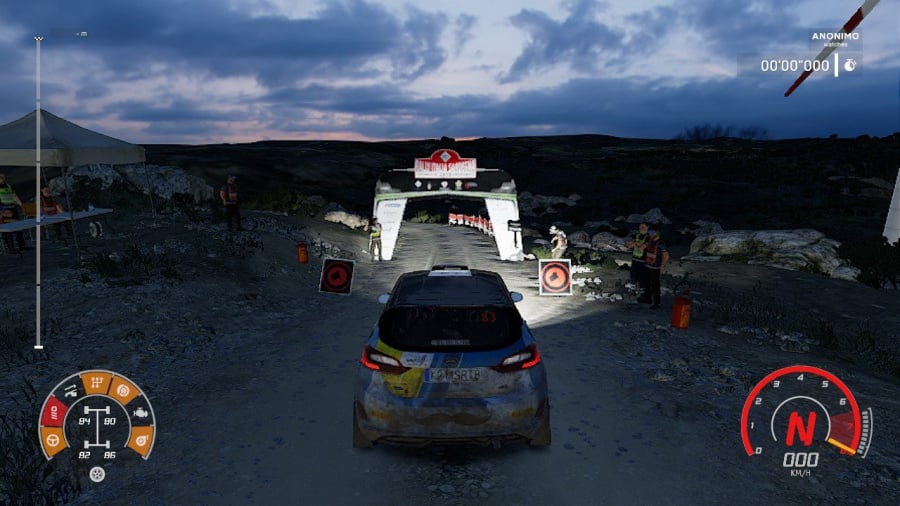 And none of this is lost in this Switch version – as long as you keep things docked. Indeed, if you can somehow accept the graphical sacrifices and avoid portable mode entirely you’ll find the best pure rally game Nintendo’s console has to offer by quite some distance here. In our time dipping in and out of the superb career mode, seasons and various weekly challenges on offer, we didn’t experience any noticeable framerate drops in docked mode and were able to get on with enjoying the driving action.

However, ignoring portable mode in this way isn’t something that you should realistically be expected to do (indeed, if you own a Switch Lite, then you can’t avoid it, full stop), so it’s hard to properly recommend this compromised version of the game. It’s a real shame because this is a supremely engaging title when it’s firing on all cylinders; one that has a ton of excellent tracks and a riveting career mode to get stuck into, but the technical issues here put far too many barriers in the way of your unfettered enjoyment of these strong points to make it worth anyone but the most hardcore of rally fan’s time. 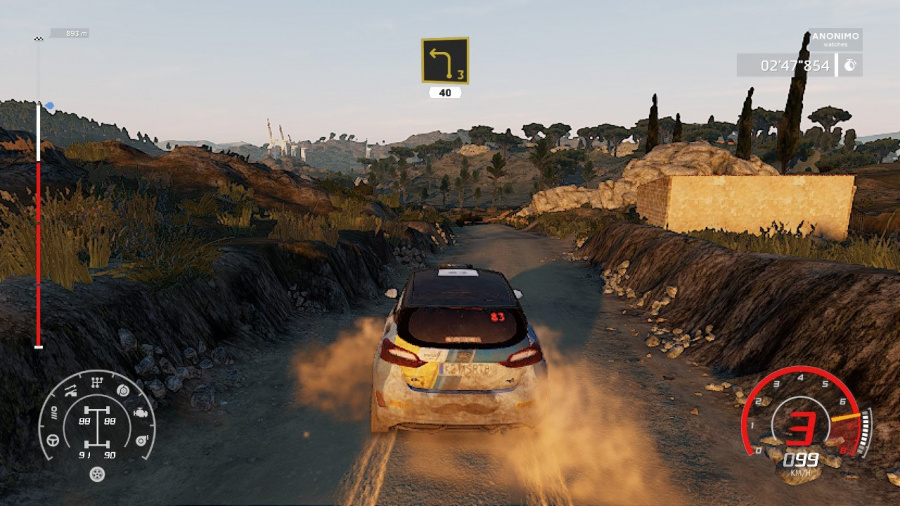 Away from the racing action, WRC 8 also suffers from a pretty terrible UI, with overly-complicated, convoluted menus that tend to stutter and pause for annoyingly long periods of time as you try to navigate around your team emails, R&D section and so on. Loading times on Switch are also much longer than other versions we checked out for comparison during this review and, really, it all adds up to a port that feels lacklustre and shoddy; one that you’ll have to work hard with in order to extract enjoyment from.

Rallying is a precision sport that demands perfection. It requires split-second decision making and rewards those who are able to hold their nerve, think fast and keep their foot down long after others have reached for the brake. So too, in its video game form, it requires the player be able to read what’s coming quickly, adapt and manoeuvre precisely in order to keep their car from flying off track into the nearest scenery. But, when what’s coming down that track towards you is pixelated, blurry, prone to pop-in and hampered by a dodgy framerate, everything that makes this type of game so fiendishly addictive and precise is lost. Unfortunately, WRC 8 on Switch suffers from all of these technical problems, making that required perfection an impossibility whilst you play it in portable.

WRC 8 is a hugely enjoyable rally game – perhaps the strongest in the history of this long-running series – but it arrives on Switch in a disappointing state. Playing exclusively in docked mode, you’ll be able to enjoy what’s on offer here without any technical issues to hold you back, with developer Kylotonn making the necessary graphical sacrifices to keep everything moving at a solid 30fps. Honestly, if you’re planning on playing docked only, feel free to stick another two stars on the score below. However, once you switch to portable it’s another story, one all too familiar to Switch owners who already suffered through V-Rally 4. Heavily pixelated graphics, aggressive resolution scaling, scenery pop-in and an unreliable framerate all ensure that there are just too many barriers in the way of you freely enjoying the top-notch rally action.

How to Get Shiny Pokemon – Star and Square – Pokemon...

A Look into the Original World of Marvel’s Avengers