Vampyr, despite its title, isn’t really about vampires. Okay, it is to a large extent (obviously), but what it really explores is the power of temptation – for the main character, most of the people he meets (or eats), and for the player themselves.

The game puts you in the pasty skin of Dr Jonathan Reid, a famous surgeon specialising in blood transfusions who wakes up one night as a vampire (irony, see?). As if that weren’t bad enough, his first meal turns out to be someone important to him, and he ends up getting pursued by vampire hunters to a quarantined area of 1918 London.

Players guide the doctor as he comes to terms with his newfound state of undead-ness – along with the strength and abilities that come with it – and tries to solve a series of mysteries; primarily, what’s the connection between a city-wide epidemic of Spanish flu and the surprising number of vampires in the vicinity, and who the heck sunk their teeth into the doctor’s neck in the first place? 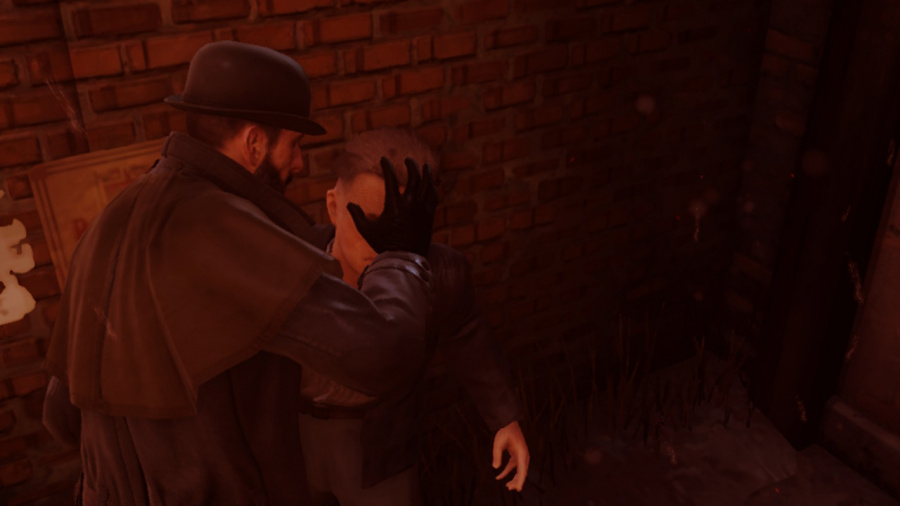 While the narrative is naturally front and centre – what else would you expect from Dontnod Entertainment, the studio behind acclaimed narrative series Life Is Strange? – this is very much an RPG, with an unorthodox use of XP to upgrade the good (or bad) doctor. Experience can be gathered by defeating enemies and completing quests, but there are even more points available for those who give in to their vampiric appetite and start sucking the blood of the innocent.

Herein lies the temptation: it is possible to progress without taking a single innocent life, but the game becomes much easier if you take a more brutal approach – a fact you’re regularly reminded of during loading screens after you die. Some characters can offer thousands of points, and that increases as you unlock their secrets and craft medicines to bring them to peak health.

There’s a moral dilemma, naturally; little to none of the NPCs in the game are faceless avatars. They all have names, backstories, personalities and relationships to one another. Suck the blood out of a mental patient who thinks she’s a vampire, and her closest friend will flee the hospital they share, have a run-in with actual vampires and end up a boss-level beastie. Your kills have wider repercussions, too; the more lives you take, the more dangerous and chaotic the local district becomes. It’s also possible to cut off potential quests and lose merchants that sell valuable items. 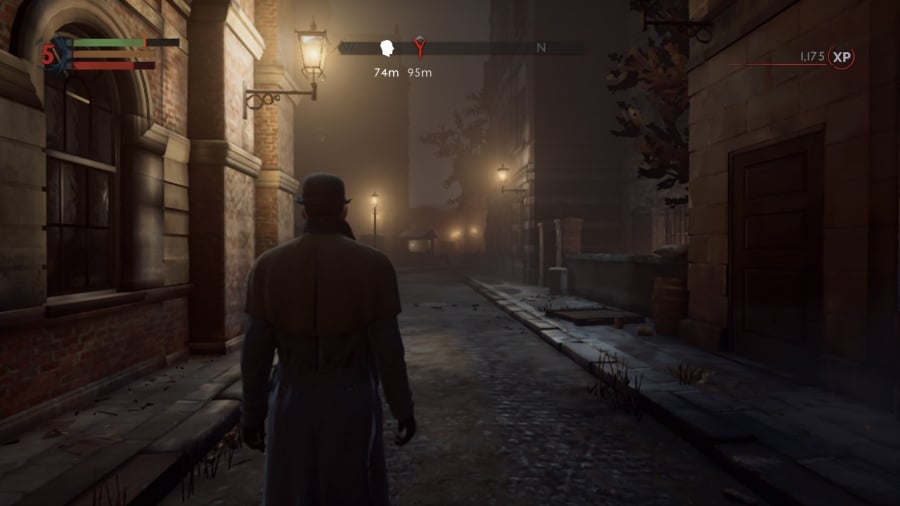 All good reasons to deter your inner Dracula, but Dontnod ramps up the pressure to utilise your fangs with regular difficulty spikes. Blitz through the main quest and you’ll soon find yourself up against difficult boss and mini-boss fights, woefully underpowered to take them on. Of course, you can just step away and invest more time into the ‘Investigations’ side quests, but there’s all that juicy XP just waiting around, pumping around the veins of people happy to chat to Dr Reid, all of whom are a short walk from a dark and secluded corner. The temptation is very real.

The difficulty spikes are also amplified by the levelling system. You can only upgrade your vampire powers by resting at one of the hideouts littered across London. If you spend too much time delving through dialogue trees and completing investigations without cashing in that XP, it can be a struggle to battle your way through the streets in order to level up. The jarring lack of fast travel or manual saves is almost certainly a conscious move by Dontnod, requiring players to think ahead. But then every time you rest and evolve, time passes until the following night, potentially locking off side quests and other opportunities – another dilemma for Vampyr players. 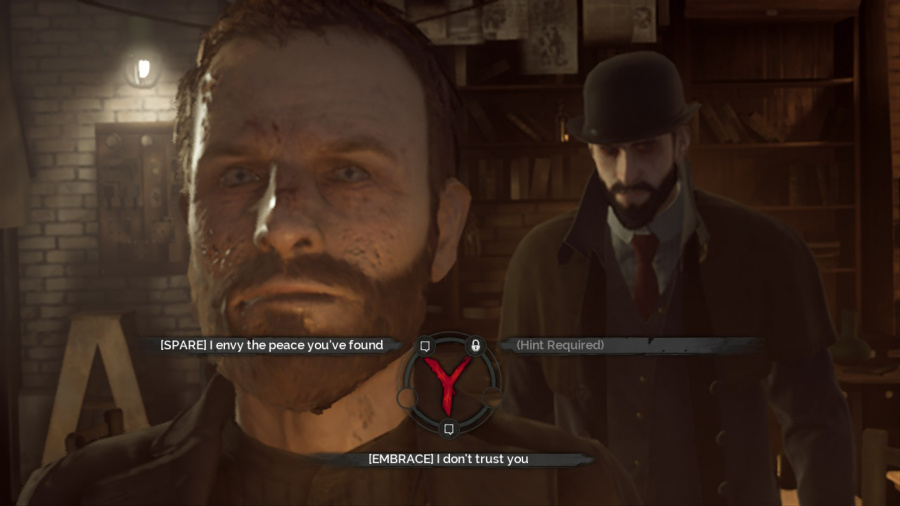 By the second half of the game, high-level battles become more frequent so players need to have mastered the combat system in order to survive. While it lacks finesse, there is an element of strategy to it; you can’t just spam the attack button as your stamina bar will rapidly deplete and Dr Reid will be left standing gormlessly in the middle of a fight. Good thing he’s a vampire, though – knocking out the enemy’s stamina allows you to bite them (yes, even bosses) restoring your health, stamina and the blood you need to pull off special vampire abilities.

Combat, however, isn’t the main focus of the game, which is perhaps why it’s so easy to find yourself unprepared for the next fight. Dontnod once again shows off its storytelling chops with an overarching plot that’s well-paced and laden with some interesting twists. There’s even more narrative goodness to be had in conversation with the various citizens of London, and it’s clear the studio spent as much time thinking about the politics of vampire society as it did the blood-powered super attacks.

As the Switch port of a game initially built for higher-end machines, the visuals have been noticeably downgraded; framerate can get a little sketchy, the resolution drop makes things look very muddy when compared to other versions and there are a few blemishes that hopefully will get patched out (such as brief loading screens if you try to run through the world too quickly). But, like the undead doctor himself, what Vampyr has lost in its looks it retains in its character and depth.

Vampyr is a brilliant take on the vampire fantasy, focusing more on drama, relationships and inner conflicts than on sucking blood. The temptation at its core can lead to frustration, as the challenging boss fights feel designed to urge you towards killing more innocent NPCs. Anyone attempting a no-kill playthrough may struggle unless they’re willing to invest the time, but if you’re enjoying the story and characters, it’s time well spent.