Do you like Star Wars? Do you like pinball? If your tastes happen to fall into one of these categories, you’re likely to get some enjoyment out of this themed collection of tables from virtual pinball wizards Zen Studios. If you happen to like – nay, love – both, well, you’re about to receive a Nintendo Switch-related treat direct to the centre of the Venn diagram in which you’re currently sat. Full of lightsabers, nudgeable tables and some unintentionally comical impersonations of your favourite Star Wars characters, Star Wars Pinball is easily one of the silliest uses of the licence we’ve seen in years, but also one of the most accessible.

Because it’s pinball! An arcade staple that’s both instantly enjoyable by newcomers while requiring real skill and timing to seek out a high score worthy of legend. Hungarian developer Zen Studios has been quietly perfecting its recreation of this loud and addictive pastime for years now – so long, in fact, that Star Wars Pinball itself is already six years old. Originally released on Wii U with only three tables to its name – The Clone Wars, The Empire Strikes Back and Boba Fett – further DLC and support has seen the collection grow into a vast archive of tables taking inspiration from all three film trilogies, animated TV shows and more. 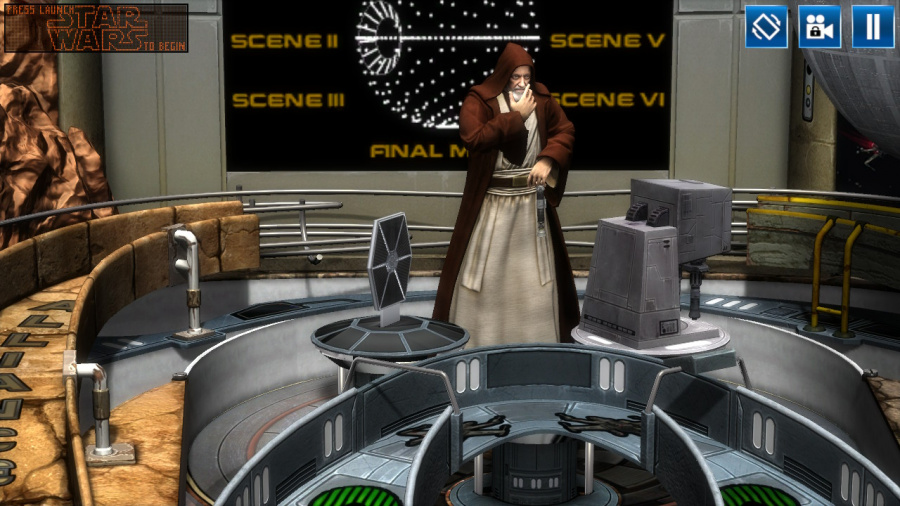 Now featuring a whopping 19 tables and counting, you’re getting a veritable ton of content retooled for a new generation of players. And, technically, as the first Star Wars game to launch on Switch (followed closely by the return of Star Wars Jedi Knight II: Jedi Outcast later this month and LEGO Star Wars: The Skywalker Saga in 2020), it serves as a cute and instantly enjoyable way to explore the lore of science fiction’s most recognisable brand without needing to have any prior knowledge. It is, after all, a game about whacking giant ball bearings around a case full of flashing lights and bleeps.

All those intervening years has enabled the Budapest-based studio to create a suite of content that belies the simple pick-up-and-play nature of its origins. Alongside those 19 tables, you have a full story campaign, a single-player challenge mode and support for online tournaments. It’s an impressively deep offering that combines devilishly tricky table designs, sections that actively transform and change as you play and, of course, all the Star Wars themes, sound effects and recognisable motifs you could ask for. Seriously, just look at the Boba Fett table! It has actual Boba Fett shooting at your pinballs! 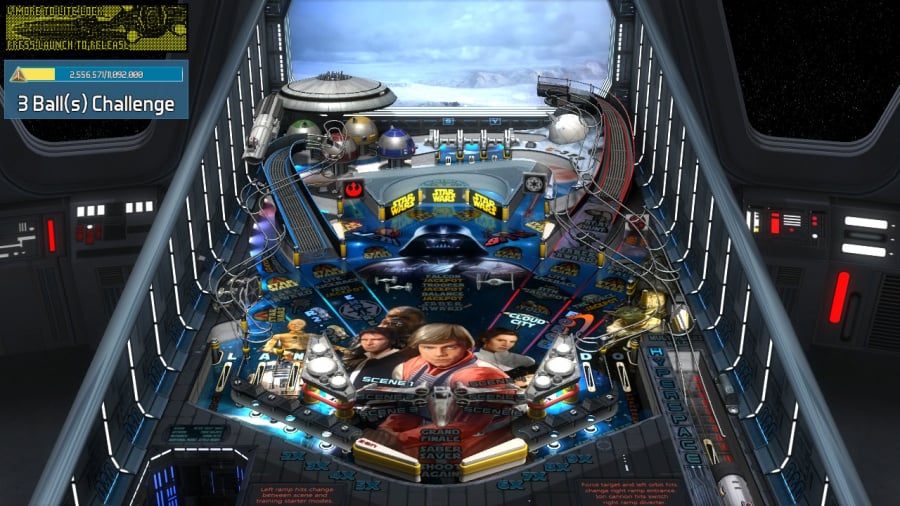 Each table is filled with nods to key moments from the film, TV show or character that inspired it, and the higher your score, the more Easter Eggs appear. Playing the A New Hope table will see you knocking a landspeeder along a track, avoiding Tusken Raiders and coaxing Obi Wan out from his hideyhole. Then there’s the Might of the First Order, where a Flametrooper and Captain Phasma stand guard over the table, with a holo-projection of a Super Star Destroyer at the far end (which can be used to move across the table in new ways). If you’re a fan of Star Wars (which, at this point, is most people on the planet) you’ll absolutely dig every cute Easter Egg, and if you’re more a pinball aficionado, you’ll still appreciate the intricate artistry.

Thankfully, Zen Studios isn’t just farming out a bog-standard port to cash in on the licence. Along with all the modes and content players have enjoyed on other platforms, the Switch release also comes with some exclusive features. There’s that aforementioned Career mode, where you can work your way through each table, meeting certain objectives or working around specific stipulations (such as reaching a certain score, hitting a certain part of a table X number of times or scoring as much as you can with three balls) and unlocking holocron shards. There are also some fun extra moments to unlock, such as jumping into the cockpit of an X-Wing or having a duel with Darth Vader, but they’re used sparingly as not to become too much of a worn gimmick. 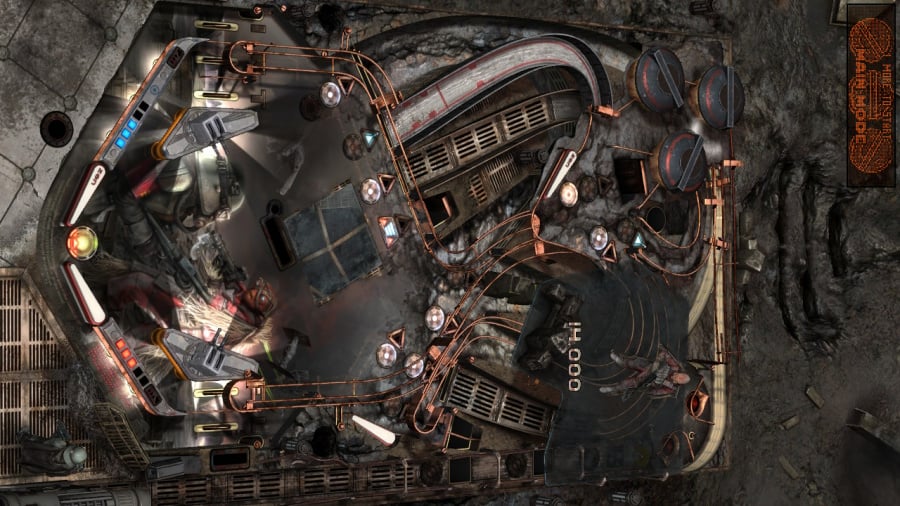 The Campaign mode also taps into an overarching ‘Light Side vs Dark Side’ theme, where the Switch community will tussle it out in a Galactic Struggle. The more shards you earn, the more it contributes to a platform-wide total. Getting the full three shards on each table can be a real ask, and requires you to learn the best moment to use your flippers (controlled with ‘ZR’ and ‘ZL’) when a ball is dropping in or rolling past. For those still struggling to reach those top tier scores, you can also unlock and use special talents and Force powers to help improve your score or save a ball from being lost. You can also play with these turned off in ‘Classic mode’ should you want greater pinball purity. Not every table is that spectacular, and some of the older ones are starting to show their age, but for the most part, you’re getting plenty of content in a single package.

Along with the standard HD Rumble support, Star Wars Pinball also makes space for the wonder of vertical play. Considering the length of each table, playing vertically enables you to appreciate every detail and hidden highlight in far greater clarity. It also makes it easier to track the ball in handheld mode, especially when playing on tables with grey or silver backgrounds (such as the Might of the First Order). It’s not for everyone, but if you do happen to have a controller that supports more comfortable vertical play, it’s definitely worth investing in.

Star Wars has finally come to Nintendo Switch. While it might not be in the form that appeals to everyone, that doesn’t make it any less accessible. With short and snappy missions, it’s perfect for bursts of short play on a commute or longer sessions in search of high scores and holocron shards. Switch-exclusive features such as the Career mode, the updated Galactic Struggle, an unlockable soundtrack and support for vertical play make this a fine addition to the platform’s growing pinball library, and a silly yet authentic ode to all things Star Wars.

Flash Sale! Up To 50% Off This Weekend

WWE 2K20 is a Sublime Mix of Stellar Stories and Slasher...

Mini Review: Half Past Fate – A Great-Looking Rom-Com Adventure Brimming...