The Switch has become home to a vast array of horror titles over its relatively short life, including multiple entries from big-hitters such as Resident Evil to the likes of Layers of Fear and Outlast. It is in this crowded landscape that Aksys Games’ NG has been brought over to the west, under the title Spirit Hunter: NG. The previous outing in the Spirit Hunter series, Death Mark, was well received. Should the competition be a little scared?

The big difference with Spirit Hunter: NG is the fact that it is a visual novel, and one following the traditions of Japanese horror and folklore. You play as Akira Kijima, a melancholic kid with a bit of a violent history. Recently adopted by his Aunt Natsumi, the game kicks off with a certain ‘event’ involving his nominal sister Ami. Without spoiling the story, we will say that Akira is forced into playing a game by the mythical Princess Kaguya which involves tracking down tormented spirits by gathering whatever information you can regarding local urban legends and discovering the source of their ‘grudge’ which is causing them to torment the living. This is about as easy as it sounds, and requires the player to delve into the most unsettling places imaginable. 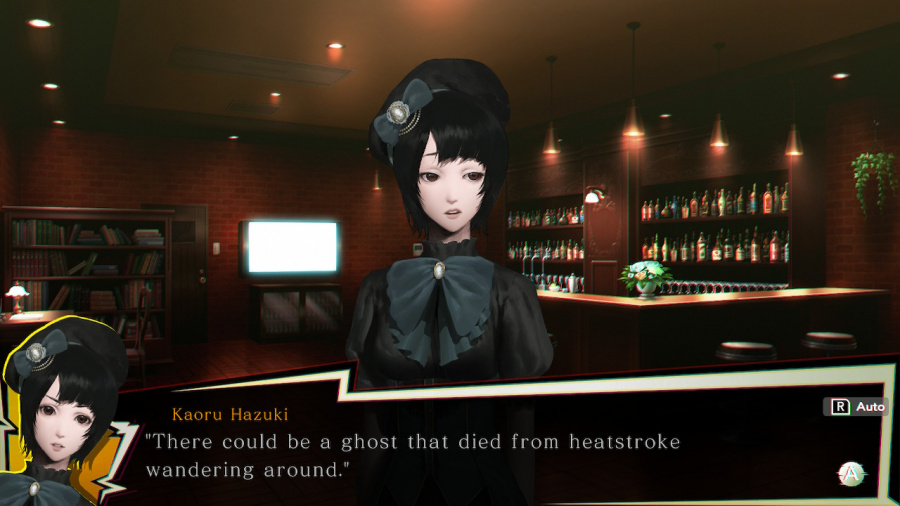 The gameplay won’t need explaining to visual novel aficionados, but the best frame of reference for most other people would be Hideo Kojima’s Snatcher or Policenauts. Progression through the game largely takes place via static screens where you converse with other characters, with yourself occasionally able to interact either through selecting a response or by giving a range of positive or negative reactions (bizarrely referred to as ‘judging’). It is the strength of the cast that makes these interactions enjoyable, with your cohorts not only being distinct, likable and interesting, but also displaying the same kind of relatable personality issues as the protagonist himself. The connection that the player builds with these characters is strong despite the relatively brief time you have to get to know them (something that Akira himself notes at various points), and this ultimately serves to add real fear and urgency when those characters come under threat.

Beyond this, players explore the world using a flashlight to highlight what they wish to examine, with necessary items to pick up along the way as well as a fair few red herrings. Eventually, players will inevitably encounter spirits, and this is where the gameplay becomes tenser. Here, you will undertake a series of scenes where players must make the correct choices based on the information gathered, usually involving using the correct items. This is a little more involved than it sounds, as you are expected make note of what to do, as well as what to avoid doing. Making certain choices may still take down the foe, but can result in something horrific happening to somebody you care about if the spirit is merely ‘defeated’ without solving whatever is the source of its grudge upon the world. Remember, your aim is to eliminate the spirit’s grudge, not the spirit itself. 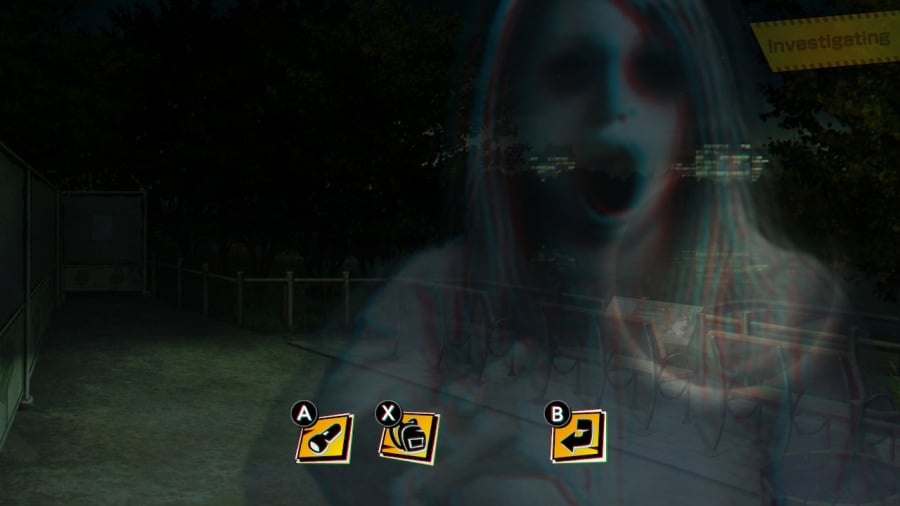 This is where Spirit Hunter: NG is firmly rooted in Japanese horror tradition. In contrast to western horror which invariably focuses on an explicitly and inherently evil being mercilessly killing people in the bloodiest fashion possible, Japanese horror portrays the antagonist in a more sympathetic and ambiguous tone. Spirits have typically suffered some kind of horrible trauma or experience before their death, resulting in an unsolved grudge which doesn’t disappear, forcing them to relive their pain as a spirit after death. People grow to understand and relate with the spirit, wanting to relieve them from their pain, rather than simply seeing them as an evil to be defeated. Spirit Hunter: NG firmly follows this tradition with its own antagonists, and understanding the spirits you encounter is essential to overcoming them and freeing them from their suffering.

With this in mind, Spirit Hunter: NG’s ‘Scary Mode’ is a bit of a strange addition. This entirely optional mode seems to simply involve throwing the occasional jump-scare at players, usually involving random ghosts appearing in arbitrary places or jumping out when least expected. This is fine and may surprise many people, but there is no obvious storyline reason for these ghosts to be present. They are completely unconnected to the main narrative, they’re just… there, purely being used as a scare device. While it is an optional mode, it isn’t particularly well implemented due to its arbitrary nature, and feels unnecessary since the game doesn’t explain why those ghosts are there, and what possible relation they have with the spirit you’re currently investigating. These kinds of cheap scares have been an increasing occurrence in more recent Japanese horror films, but the developers really should have had more confidence in the core scenario being able to stand on its own feet without such superfluous additions. 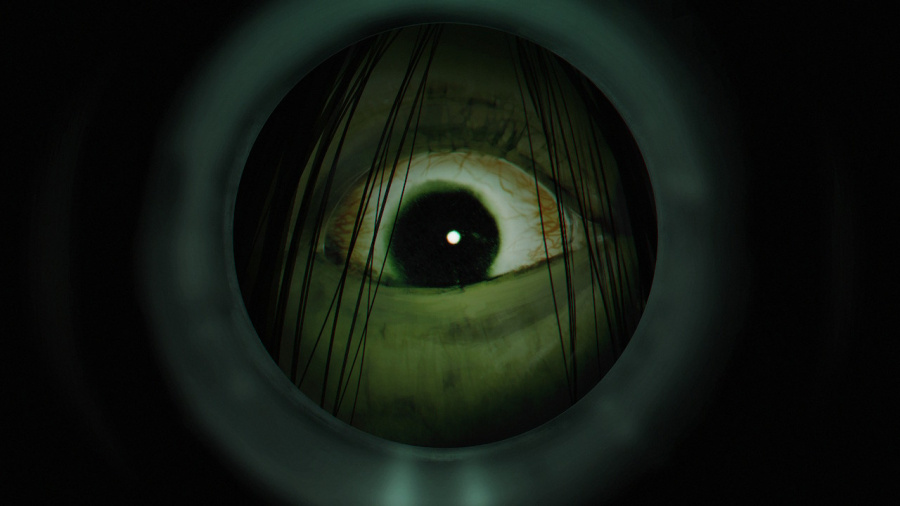 Regarding the way the spirits are tackled, making use of the ability to create multiple save points is hugely recommended. While many people may frown upon the practice of save-scumming, we highly recommend players make use of those spaces by saving at the beginning of each chapter and making a few extra saves along the way. The fact of the matter is that this game is pretty brutal with how it treats its characters. Avoiding spoilers again, but there are more than a few big decisions in the game where making the wrong choice can lead to irreversible outcomes significant enough that some may prefer to start from scratch. Save yourself the stress by keeping saves from different periods in the game, since Spirit Hunter: NG will punish you for not overcoming its spirits in exactly the manner that you are supposed to.

This review has been pretty rosy so far, but unfortunately Spirit Hunter: NG on the Switch has some significant, nearly game-breaking issues. Right from the start, it is clear that the game has severe framerate and slowdown problems. It’s bizarre to even be talking about such things in the context of a visual novel, but from the first scene it is obvious that the text scrolling is extremely choppy, and general interface responsiveness is extremely sluggish. These kinds of framerate headaches would ordinarily not be a big deal in a game where the camera is mostly static and does initially seem to mainly manifest as a frustratingly slow menu interface, but it becomes much more severe as the game progresses.

The poor performance is initially well hidden by the music staying properly synced, meaning that Spirit Hunter: NG will seem like its performing at full speed even if it is not. However, it all comes crashing down later on. Once you start encountering the spirits themselves, the actual game speed slows down to what feels like 50 percent, or lower. At this point, doing absolutely anything at all with the flashlight cursor or menu feels like swimming through tar. The game can take at least five seconds to respond to your button presses, continuing like this throughout the entire scene. 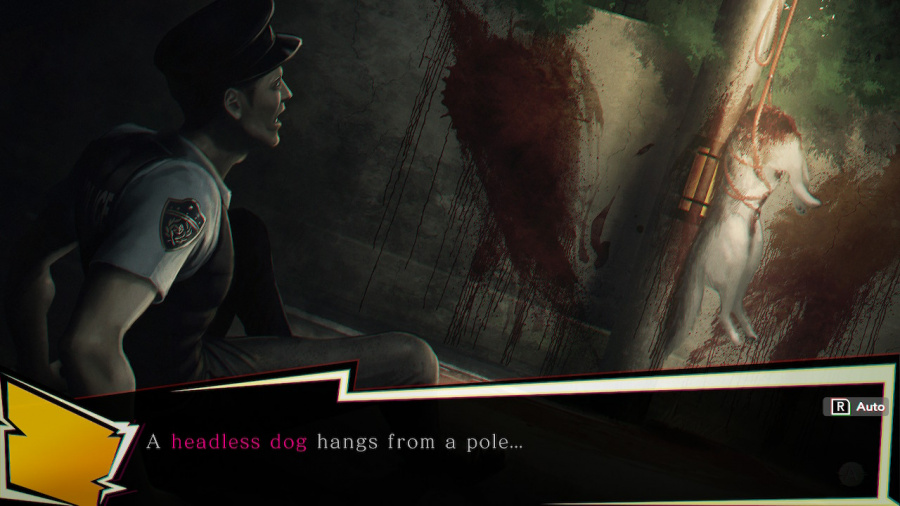 The menus in these cases take so long to open and navigate that even the music seems to struggle to mask the issue at this point, and starts to break up. This is made even worse if you make a mistake and have to replay the scene – it just becomes agony, slowly working through the same dialogue and menus at a pace that feels like literal slow motion. The same scenes also highlight another bug which happens during certain sections of the game: in-game music not finishing when it is supposed to. This consistently happens after one of the main spirits has been defeated, with the high tension music continuing regardless until you restart the game. All games have bugs, but it is strange that such a consistently-repeatable bug is present, and seems to affect every chapter of the game. To be clear, we tested this game from both SD card and the Switch’s internal memory; these issues were the same regardless.

And that’s where we are. Spirit Hunter: NG itself is a really great game steeped in the traditions of Japanese horror, with a creepy plot and likeable and intriguing characters. It is dark and brutal, yet never needlessly so, and the horror always plays out in the context of infusing its antagonists with real depth and relatability. It is only the severe performance issues which make the Switch version difficult to recommend. We suggest checking this game out, but would advise that you do so on another format.

Spirit Hunter: NG is a fascinating, dark and brutal game which is hugely gripping thanks to its strong plot, spooks and protagonists. Sadly, the Switch version of the game is scuppered by crippling technical problems which make it borderline unplayable at times. The core game is strong enough that it is still worth a look if you can endure these issues, but you should play this on something else if you can – or hope that the developers can fix the issues in a future update.

What’s the Most Memorable Shadow of the Colossus Encounter?