It would take years to fully play through the entirety of Square Enix’s seemingly bottomless back catalogue of RPGs, and though the company is best known for genre stalwarts such as Final Fantasy and Dragon Quest, there’s also a staggering number of ‘other’ offerings that – for some reason or another – never really caught on in the West. The SaGa series was one such franchise; it was initially branded as Final Fantasy Legends when it was first localised and has always been regarded with a bemused response when each new release eventually made its way over. Much of this middling reaction was due to the quirky and experimental gameplay at the series’ core, which could most gently be described as an acquired taste.

The Romancing SaGa trilogy of SNES games marked the beginning of the inconsistent localisation of the series, with the latter two releases not even making it to western shores until recent times. Having the option to play an official English-translated version of Romancing SaGa 3 on a Switch is in many ways a gift that few ever reasonably expected to experience; the question now is whether the 20-odd year wait has been worth it. On the whole, Romancing SaGa 3 has held up reasonably well – with its distinctive brand of gameplay being a particular highlight – although its prickly edges are sure to keep this one a niche classic. 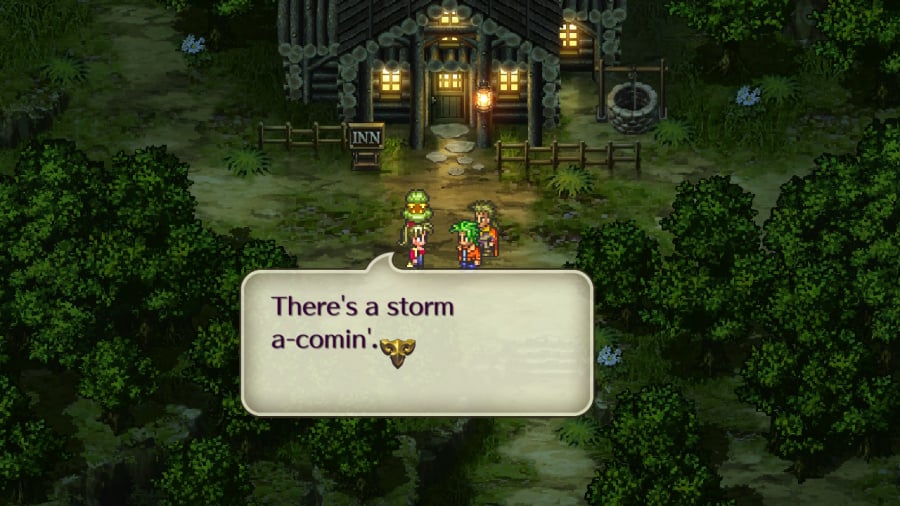 The overarching premise centres around a terrifying cosmic event that occurs every three hundred years called the “Death Eclipse”, during which all newborn life on Earth dies except for one child. This sole survivor is then granted supernatural powers that can either be used for good or evil. The first occurrence of the eclipse resulted in the child growing up to unleash horrifying creatures from the Abyss that poured forth to torture the world, while the second occurrence resulted in the child restoring peace to the land and ushering in an era of prosperity. The narrative of Romancing SaGa 3 picks up slightly after the third eclipse took place, and the identity of the next surviving child is still unknown.

It’s a fascinating premise right from the off, but one of the many boundary-pushing features of Romancing SaGa 3 is the ability to choose a main character at the outset from a pool of eight, with your choice having a substantial effect on how you experience the story to follow. Rather like a certain other eight-protagonist RPG that would come along many years later, Romancing SaGa 3 focuses less on a straightforward narrative in favour of a meandering and layered story that weaves together each character’s journey in interesting ways. The story still mostly unfolds the same regardless of who you pick, but events that were relegated to a couple of sentences of dialogue in one playthrough may constitute a significant story beat for another one. This non-linear approach to things instils Romancing SaGa 3 with an impressive amount of replayability, as you won’t get to fully experience all the nuances of the complete story until you’ve done a playthrough with everybody. 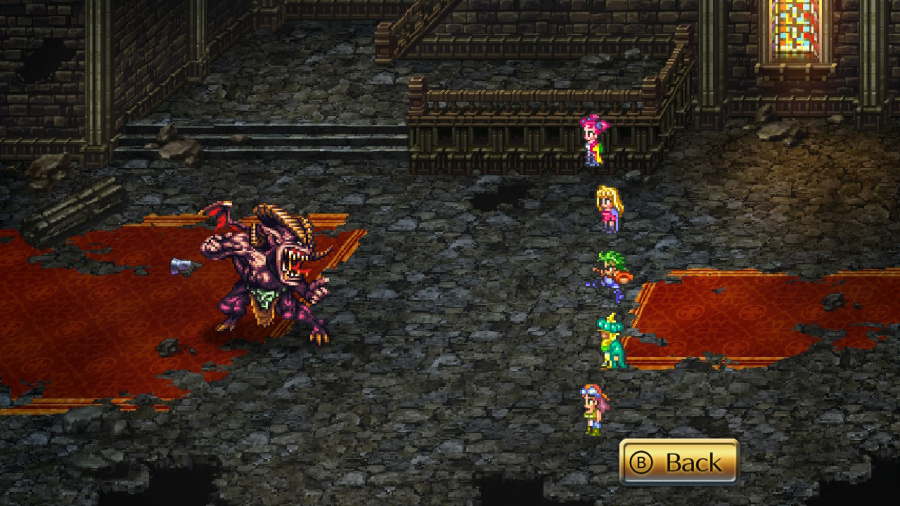 The flipside of this, however, is that the narrative can often come off as being unfocused and difficult to follow. Cutscenes often end without anybody giving even the slightest indication of where you should go next, which leads to plenty of protracted stints of blindly fumbling around available places until you finally find an NPC who can point you in the right direction. Part of this is by design; it seems the developers wanted to not-so-subtly prod you into the staggering number of sidequests on offer, but we would’ve appreciated a more focused narrative in many places. It can be enjoyable enough just soaking into the world and seeing where it takes you, but this tends to make the main conflict take a backseat and, in many ways, become just another sidequest to complete whenever you feel like it. The overarching world of Romancing SaGa 3 is one that you’ll certainly enjoy getting to know better, but just bear in mind that the yarn it spins is merely a passable one.

Much of your time will be spent following typical JRPG conventions of visiting towns and running through dungeons, fighting a host of monsters and bandits along the way. Romancing SaGa 3 turns things on their head, however, with its fascinating system of opaque progression for your party. See, nobody in your party has levels or gains experience points after a battle. Rather, the members of your party who are still conscious at the end of a fight will randomly obtain stat bumps at a semi-consistent yet entirely random rate.

Those of you who like to min-max and control every aspect of an RPG party’s growth will likely be appalled by this, but we rather enjoyed the unpredictability that this random progression offers. Not one battle has ended without somebody getting an HP or SP bump, and the nature of enemy scaling ensures that the foes you come up against seldom feel like they’re too strong or weak. Still, it’s certainly an adjustment to play through an RPG in which your progress is at the mercy of RNG, and that randomness continues through to the kinds of attacks your characters use, too. 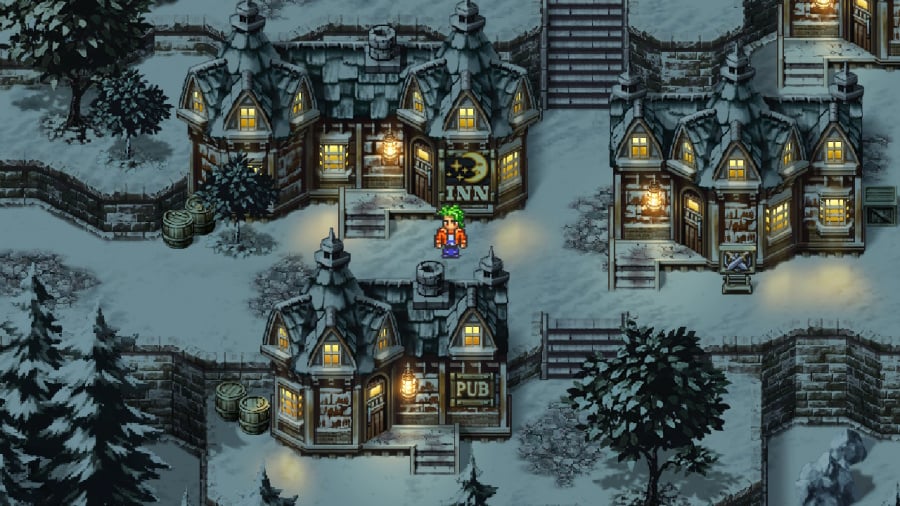 Every character has varying degrees of mastery with different weapon types, with higher levels granting you access to higher damage output and the potential to get better moves. Much like its random stats, Romancing SaGa 3 employs a system called “Inspiration” that gates the acquisition of new attacks and skills with a weapon behind more randomness. Every time you order a character to attack, there’s a small chance that they’ll instead become inspired and execute a brand-new move that’ll be permanently added to their ever-growing arsenal. Using that new move often enough will then lead to it being mastered, which allows any other character for that weapon type to learn it.

To be fair, Inspiration is a system that ensures you’re always moving forward to keep pace with the ascending difficulty and we can’t fault the developers for trying something new with it, but we feel that the obscurity of the underlying mechanics here hurts the gameplay on the whole. Though fighting more powerful enemies seems to trigger Inspiration more often than others, the fact that you don’t know what’s going to happen next – or when – can make for some frustratingly inflexible team compositions later in the story. Enemies don’t get any easier to kill as the hours roll by, and diverse team compositions become all but a must once you get into the tougher sections. While the early game proves to be quite forgiving of imbalanced team compositions with weapon types, the late game is similarly punishing of your mistakes, and at that point, it’s too late for you to correct them. 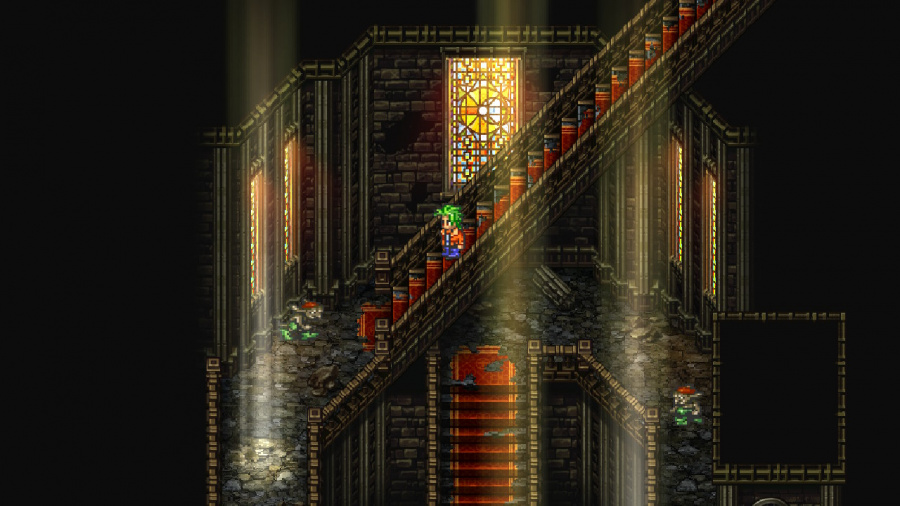 This speaks to a broader issue that we had with Romancing SaGa 3: specifically how important information is intentionally withheld from the player before the game inevitably punishes them for not knowing it. For example, there’s an invisible ‘HP gate’ for many questlines in which the highest max health of a character in your party determines whether you can start the quest. You’re never told where or when this is being checked, and if you’re just shy of that health gate in a given portion of the story, you could easily run through a town and miss out on important content – and be none the wiser. Romancing SaGa 3 is the kind of game that you ideally play through with a detailed guide on hand if you want to get the most out of it, because you are certain to make mistakes on a blind run that will lock you out of content or make latter portions of the adventure significantly more difficult than they need to be. Plenty will no doubt appreciate this distinctly harder-edged kind of game design in an RPG, but just bear in mind that this sort of design often makes Romancing SaGa 3 a difficult game to get into.

From a presentation perspective, Romancing SaGa 3 certainly manages to impress. For this HD remaster, Square Enix has clearly made a dedicated effort to create some detailed pixel art designs that really showcase the strengths of the medium. A bare minimum approach to up-rezzing the graphics would’ve likely sufficed for a game that most will be experiencing for the first time, but the developers have made a point of maximizing the usage of every pixel to make for crisp art that all but pops off the screen. Though the environments look stunning, the sprite work deserves special praise. Each enemy you encounter is drawn in grotesque and wonderful detail; we’d even go so far as to say that Romancing SaGa 3 features some of the best sprite design of its era. 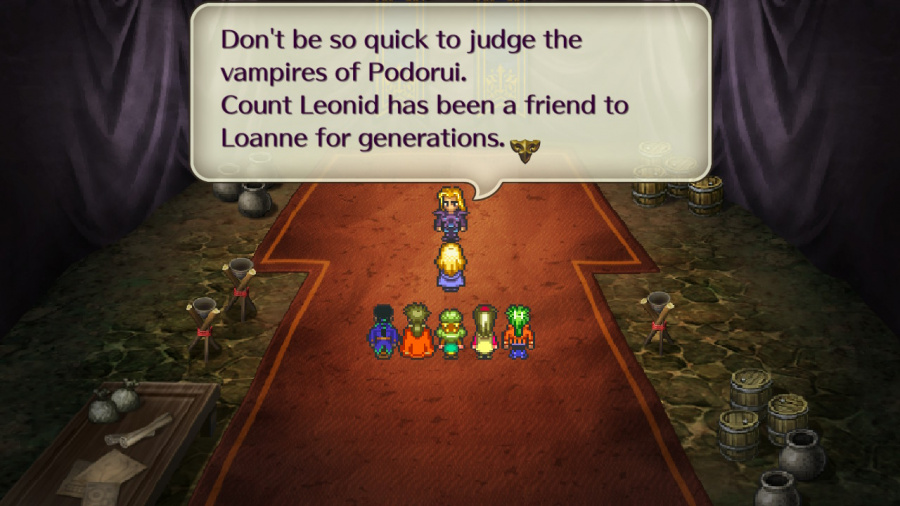 This being the re-release of a 1995 classic, Romancing SaGa 3 has a few other additions alongside the graphical bump. The most notable new feature is a new dungeon called the Phantom Maze that includes a surprising amount of content which changes depending on the character you’re playing, while various new cutscenes have also been added, along with a much-needed New Game+ option. Nothing too major then, but there’s still plenty here to sweeten the deal for those of you that first experienced the game via fan translation. Our only complaint in this department is that Square Enix didn’t spring to include the speed up options it put in most of its recent Final Fantasy re-releases, as the often slow text speed and the plodding nature of battles would’ve greatly benefited from a fast-forward.

It’s both easy and difficult to recommend Romancing SaGa 3 as it’s a title that you’ll either love or hate with very little room for a middling response. If you’re a newcomer to the RPG genre, we would recommend you pass on it and circle back later on, as this is a game that assumes a certain baseline knowledge of RPGs and it seldom explains mechanics to you in a satisfactory fashion. If you’re more experienced with RPGs, we’d give it more of a recommendation, but with the caveat that this is a game that will demand patience and careful study to fully enjoy. Either way, Square’s done a great job of prettying up this delightfully obscure RPG for western audiences, and we hope that this isn’t the last we’ll see of SaGa for the Switch.

Feature: Cosmic Defenders Dev On Partnering With Natsume And Life As...

Thanks for your participation in the Crackdown 3 Wrecking Zone Technical...

We Believe In E3, Says Nintendo

A Reckless Approach – Making Music for The Bradwell Conspiracy