Rad Rodgers is a walking, talking ’90s cliche. A wisecracking kid who clashes with his parents while boasting a love of video games so deep it’s burgeoning on a clinical addiction. He’s perpetually glued to the CRT TV in his room and the blocky grey console (called ‘Dusty’, naturally) sits beneath it. Then, one day, the TV turns into a portal and sucks him inside. It’s the ’90s to a tee, and proud of it.

Rad wakes up in a world spliced together from some of his favourite games, and that old grey console has suddenly turned sentient, spurted a pair of spring-loaded arms and picked up a vocabulary that’s likely to turn the air various shades of blue. Dusty is voiced by none other than Jon St. John (AKA: Duke Nukem) after all, so you know you’re getting a voice born to offend. With a giant gun at his disposal and Dusty strapped to his back ready to whack anything that gets close, Rad sets out to shoot everything that dares to move. 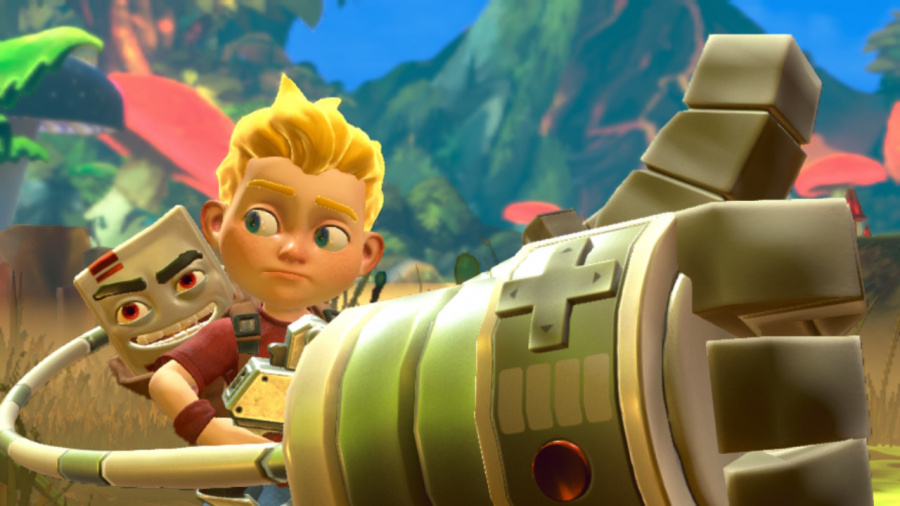 And that is pretty much it. Rad Rodgers Radical Edition – a re-release of a PC title that originally popped up in a much smaller form in 2016 – never really tries to break the mould. It’s a side-scrolling shooter and platformer with the occasional detour into top-down puzzle-solving and Conker’s Bad Fur Day-aping humour. It’s fun for a while, with its schoolyard-level jokes and its simple shooting satisfaction, but it just doesn’t do much to cement itself in your memory once you’ve cleared its 12 levels (up from nine in the original full version).

Side-scrolling platformers and shooters live and die by the strength of their movement mechanics and gunplay, and while Rad Rodgers serves up a decent version of both, neither really leaves much of an impression. Your standard machine gun does the job, with the occasional power-up offering access to explosive shotguns and rapid-fire upgrades, but your movement often feels sluggish and clunky – especially when you’re trying to track flying enemies or shoot foes positioned on higher platforms. Even Dusty’s melee swipes and ground-pound attack come off as a little too slow for a run-and-gun shooter that should be noticeably faster in its pace. 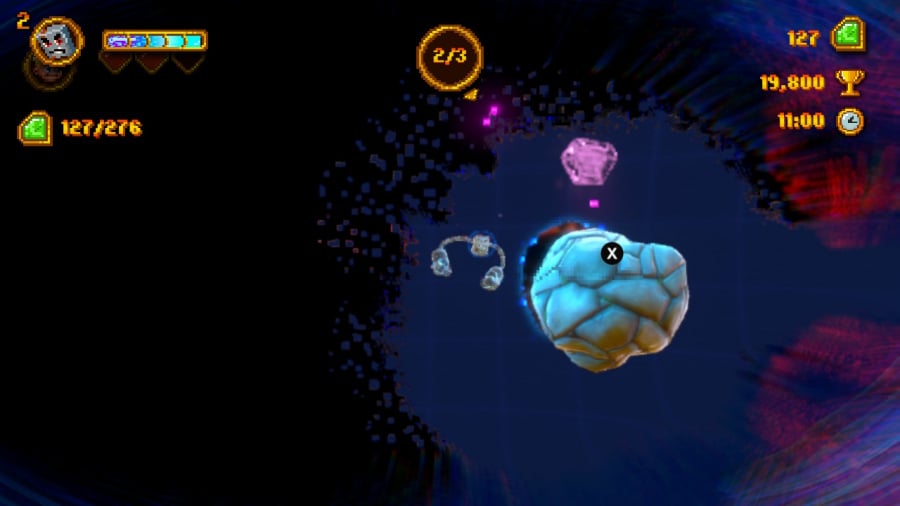 Most of the time you’ll be jumping between platforms and briefly exploring houses to meet NPCs who offer up new weapon upgrades or unlockable skins, but here and there you’ll reach areas where everything has begun to pixelate. Don’t worry, your Switch isn’t having a breakdown; these are portals to short 8-bit-style sections where Dusty will explore a top-down vortex and find platforms that need punching back into the correct resolution. These interludes offer a brief change of pace, but while they fit the meta video game conceit, they’re hardly memorable.

Some levels present a different setup to the norm, such as having to pogo your way around a map, DuckTales-style, or firing a few balls around a Rad Rodgers-themed pinball table. These diversions are easily some of the game’s best moments, but they’re never long enough and would have benefitted from being fleshed out a little more (especially when you realise this is an updated re-release with lots of new content and gameplay tweaks). Still, you can’t knock Slipgate Studios’ love for ’90s video games in all their myriad forms.

As a port, Rad Rodgers on Switch is a mixed bag. On the plus side, you’re getting the full gamut of extra content released on other platforms last year – so that’s three extra levels, new mini-games and extra powers to contend with. The two-player co-op mode works a treat with a split Joy-Con, and the competitive Battle Mode enables you to take on your friends for a little PvP action. The problems tend to circle around performance, with a general fuzziness applied to every asset and character model. There wasn’t slowdown thankfully, so speedrunners shouldn’t be put off by timing runs on Switch. 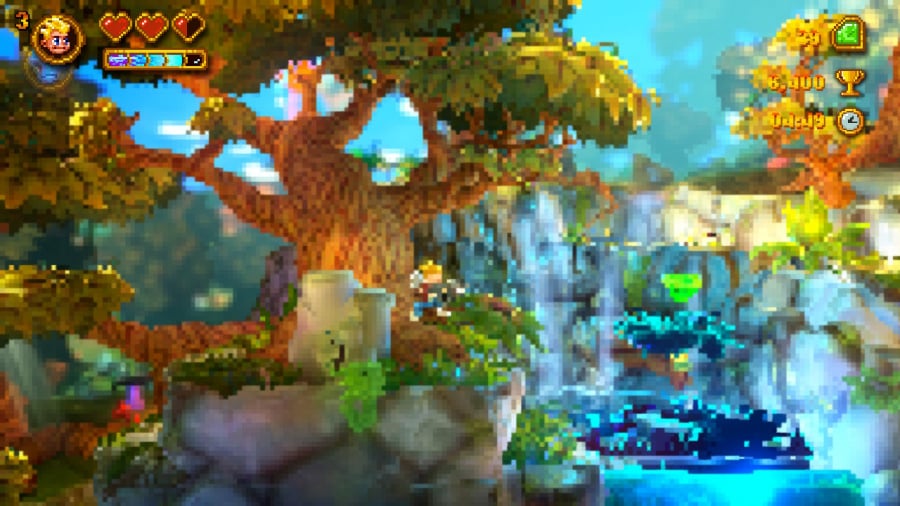 While the platforming can be a little glitchy at times – with the occasional instance of Dusty failing to grab a ledge when at the correct distance – gameplay has mostly been improved to make running and gunning far smoother than the original World One release on PC. It’s not perfect, nor is it particularly remarkable, but with such an open adoration for video games (despite the dodgy humour) there’s an earnest quality to Rad Rodgers that makes it a fun if forgettable platformer shooter.

Rad Rodgers Radical Edition serves up a hefty slice of side-scrolling shooter action and Metroidvania-esque exploration. While the optimisation for Nintendo Switch has dulled its colourful looks, it’s still an attractive looking little adventure that happily dances between a Pixar-esque art style and some classic 8-bit pixelation. The option to play in a kid-friendly mode does make this a little more palatable for younger players, but any game with Duke Nukem’s involvement is always going to be aimed at the Conker’s Bad Fur Day crowd. Ultimately, it’s a fun but forgettable experience that will appeal to fans of the genre but won’t leave a lasting impression.

Best Of 2019: The Most Important People In Nintendo History