Override: Mech City Brawl is a game that will let you fulfil those desires of being a pilot in a Pacific Rim movie without the need to meld your mind with someone else’s. There’s something truly satisfying about crushing houses and skyscrapers as you fling grotesque monstrosities around San Francisco, or accidentally derail a cargo train while you sprint, powering up a punch as you go, towards a colossal boss. But for all Override: Mech City Brawl allows you to feel like a mech pilot in an adventure movie, the game’s depth is only knee-deep (human knees, that is).

The Switch port of Override: Mech City Brawl comes with some additional content for the game, including new maps to stomp around, and a set of new Mechs; Mirai, a speedy close-range fighter, Bellona, a gladiator-inspired Mech complete with sword and shield, Maestro, which uses music as a weapon, and Stardust, a unicorn Mech with a sassy free spirit. Stardust has a particularly impressive ultimate ability, which sticks a giant drill on the unicorn horn before the Mech flies headfirst into anything it can find. 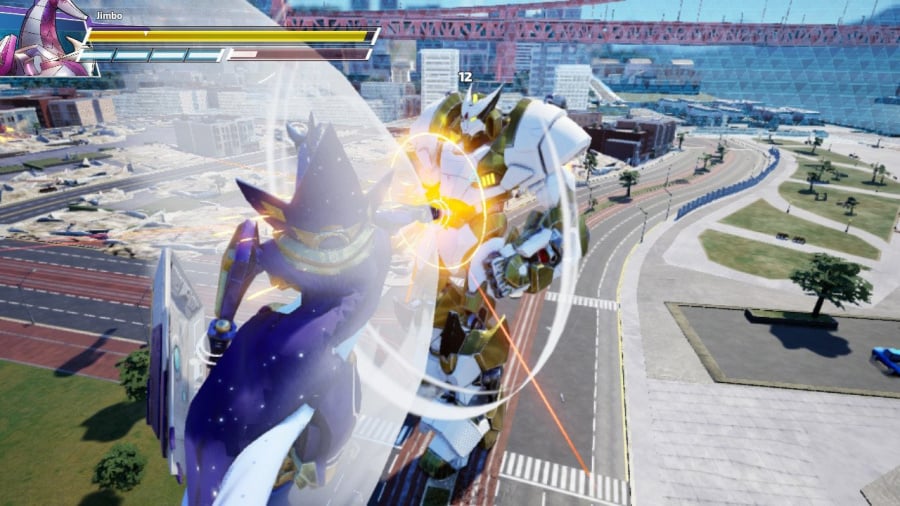 The single-player experience on offer is limited, but then again, this is a game designed around multiplayer. The core campaign can be played alone or in co-op, and offers some variation depending on the Mech players choose. Each Mech has some unique dialogue and its own pilot, and with 16 on offer, there’s a lot to explore. As players progress along each (roughly) 2-hour campaign they’ll be able to upgrade their Mech with Research Points earned from missions to help them keep up with the game’s difficulty spikes, which are fairly regular. Outside of the Tutorial and Training modes, this is where players will get to grips with each Mech and their abilities. Campaigns will also award customisation options to be used in the Garage, giving players the chance to create some seriously awesome – or hilarious – Mechs of their own.

The Mechs in the game have a lot of crossover when it comes to abilities. L and R control punches, while ZL and ZR control kicks, all of which be charged for more powerful attacks. As players unlock weapons, they will find them scattered across the maps in all game modes. Picking them up does mix up the gameplay somewhat – the laser blaster is quite spectacular – but for the most part, players will be getting physical with their enemies. This isn’t a problem though, because the Mech fighting is where Override: Mech City Brawl feels at its best.

Punches and kicks provide visceral visual feedback that ties in with that idea of fighting as a giant robot. Enemies will be flung to the other side of an arena with charged attacks, and special abilities will even introduce moves such as headbutts, which are devastating when coming from a unicorn-inspired Mech. While there aren’t that many differences between the melee attacks of each Mech, the nuances of the individual machines is noticeable once players start to try out more of them. 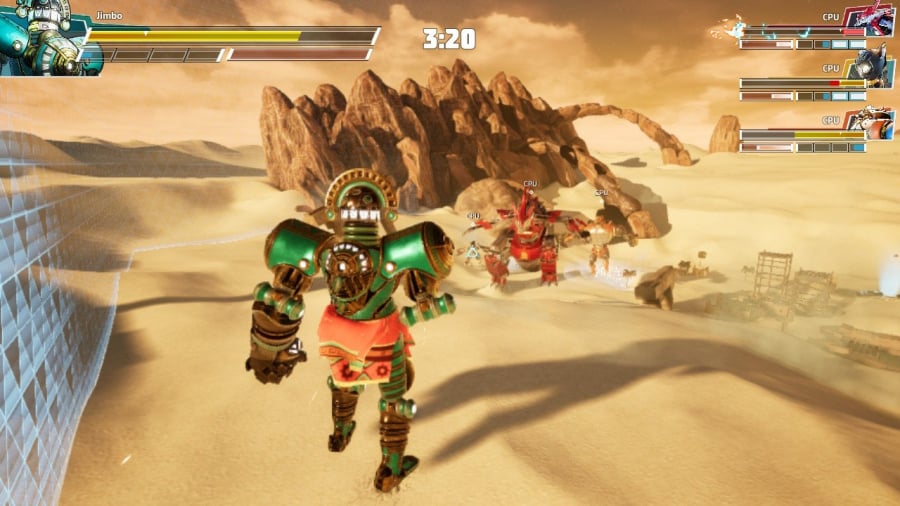 For example, Mya, the cat-like Mech, is faster than most and can get a series of quick attacks in while larger Mechs are still readying themselves for one punch. Rocca, on the other hand, is a huge Mech that will blast its fists towards enemies across any distance with special punch attacks. Combined with flying using the jetpack, this is some of the best gameplay on offer.

It’s possible to ignore any of the single-player content and jump straight into the multiplayer elements of Override: Mech City Brawl, but there are very few people playing the game online at the time of writing. Thankfully, the game features competent AI that can be scaled up in difficulty to provide a real challenge. Because of this, offline multiplayer matches are still enjoyable, giving the game hours of replayability on top of the single-player experience. Hopefully more human players will get involved over the coming weeks.

With all the players on PC, PS4, and Xbox One, it seems like a poor decision not to implement cross-play in the Nintendo Switch version, and as a result, the game’s online scene leaves a lot to be desired. There are options for four-player brawls, 1v1 matches, and even a ranked league. Were these more populated on Nintendo Switch, they could add dozens of hours to anyone’s time with the game. 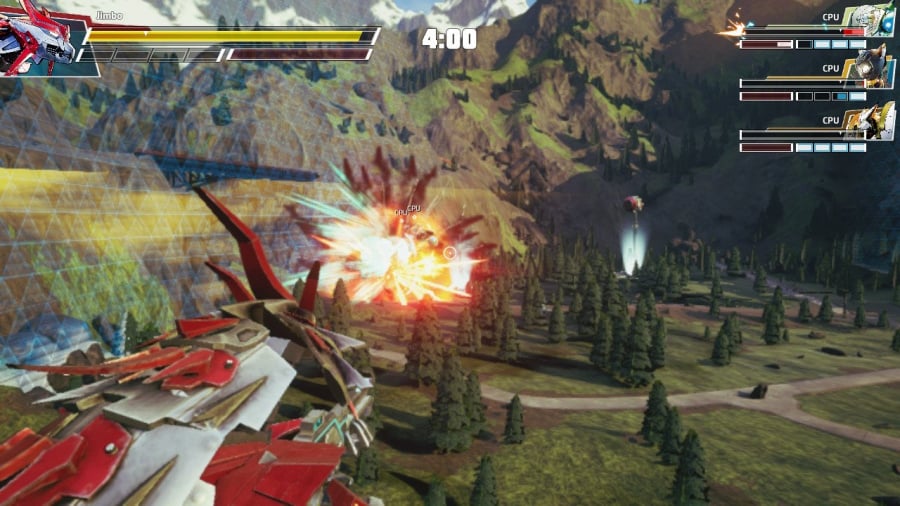 The 10 maps are all different enough that they keep the game interesting, both in single-player and multiplayer, with varying obstacles and settings. Egypt is a standout map for the verticality it adds to matches, giving players an entire lower level to sneak up on their opponents from. Other maps, such as the Moon, have a large structure for players to fight on and around, adding to the feeling that the Mechs they’re controlling are larger than most buildings.

Customisation of Mechs is encouraged. There’s a plethora of different options available, from whole new skins to bowties, headbands, and even a goldfish helmet. However, the point of customising a Mech is to show it off to friends and opponents online, which isn’t really possible with the state of the multiplayer scene on Nintendo Switch as it is. However, this isn’t an issue with local multiplayer.

Up to four players can join a match on a single Switch and battle it out to be the best Mech fighter together. Local multiplayer is definitely where Override: Mech City Brawl exceeds, and it could easily form the focus of a game night among friends. Even those who aren’t familiar with games will find the multiplayer engaging, thanks to simple controls and fantastic visuals.

Override: Mech City Brawl is a solid port for Nintendo Switch. Any graphical downgrade isn’t noticeable in handheld mode, and the action of the game distracts from anything that would stand out. Single-player and local multiplayer can provide hours of fun, but the online multiplayer lets the game down massively. The choice not to implement cross-play harms its long-term appeal, rendering what should enjoyable game modes almost entirely irrelevant. This is still a neat little title, but if you’re keen to take your skills online, you might want to look elsewhere for your kicks.

Co-op Makes the Frantic Action of Wolfenstein: Youngblood Even Better