Mosaic, from Krillbite Studio, isn’t an exciting game. It’s not going to keep you on the edge of your seat, and it won’t get your blood pumping. In fact, Mosaic isn’t even a game at all in a lot of ways; it’s more of a grayscale pastiche of physical life in the digital age – but not one that ever follows through on its most pertinent lines of questioning or any deep philosophical meanings.

Originally released on phones as part of Apple Arcade before making its way to PC and then Switch (and other consoles), Mosaic is playable almost entirely through the console’s touchscreen, with the left stick used to usher our unwitting protagonist from one scenario to another – often in a 2D space. It’s essentially a “point-and-click” adventure, with interactivity limited to things like light switches and the occasional character interaction – the vast majority of which are entirely optional. In fact, you can ignore much of the game’s suggestive interactions, but in doing so the already bleak world only feels that little more muted. 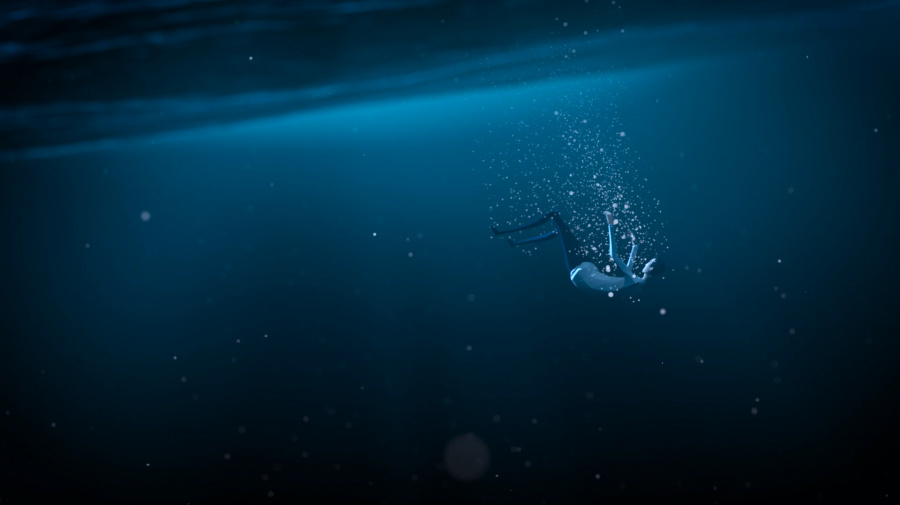 In this satirical, almost depressive, experience, players make their way through days spending time commuting the same journeys, fulfilling the same mind-numbing job, and desperately searching for some kind of meaning in the hours between one work shift ending and the next beginning.

This intentional mundanity offers little in terms of actual gameplay, with players simply wandering from work to home, and back for the most part – and maybe that’s the point. Much of Mosaic revolves around dragging our protagonist from one scene to the next, completing a grid-based mini-game to pass the time at work, and then most interactivity often revolving around his phone.

This phone offers plenty of escape from the colour-sapped real world, with a dating app (with other users that look indistinct from each other, a commentary on a homogenised society chasing the same visual trends), the ability to mine bitcoin, and BlipBlop – a free-to-play mobile game that revolves around tapping a button to increase a score. 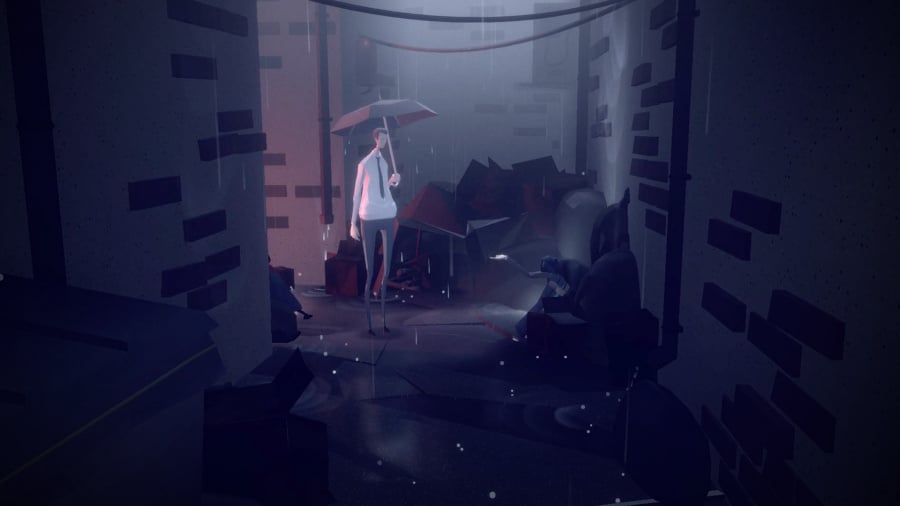 It’s exactly as vapid as it sounds, but this “game within a game” (game-ception, if you will) is the only piece of Mosaic’s world that offers any positive reinforcement, as well as being the only time the game’s subtle, blues-inspired score abates. It’s the simplest form of entertainment imaginable, but in Mosaic’s world, BlipBlop acts as a raindrop in a drought – a small window of dopamine in an otherwise moody world.

That world follows much of the indie title playbook that Limbo (and successor Inside) set as a template, with fleeting glimpses of colour, usually in the form of daydreams or hallucinations, splashed across a background of shades of grey. It’s dark, dreary, and likely to be very familiar with those who have spent any time commuting at ungodly hours.

Character models are low-poly, with cartoonish proportions and purposefully lacking in facial detail – every traveller and co-worker just another face in the crowd, all just passing-by and counting down the days. There are exceptions, but for the most part, it’s just one long, metaphorical, corridor we’re all walking down. If you’ve ever dreaded waking up in the morning and heading to work, Mosaic will strike a chord with you. 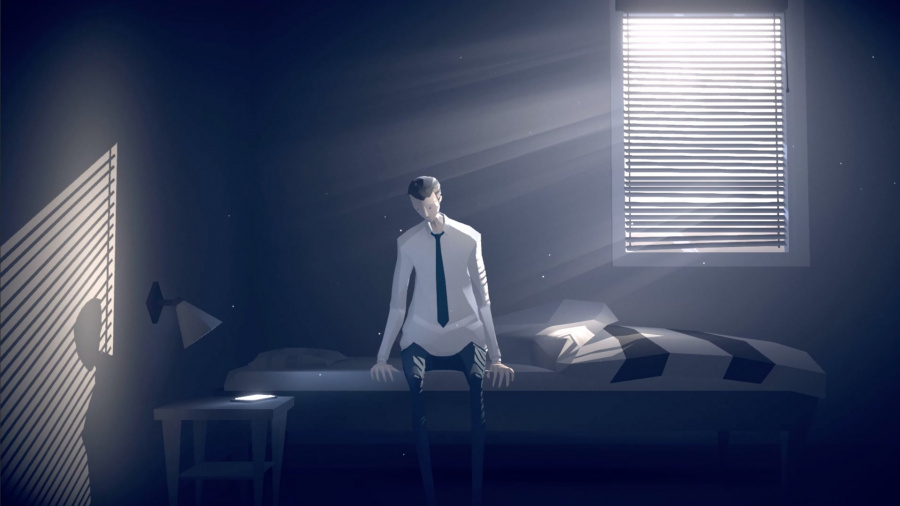 Unfortunately, while its social commentary is sharp and pointed enough, Mosaic struggles to find any more meaning than “look how terrible so many lives are”, and “we rely on technology too much for our happiness”. It’s no Black Mirror, which is a shame – as there’s a definite third-act to Mosaic that it can’t quite annunciate over the course of its three-hour runtime.

For now, though, Mosaic puts players as just another cog in the machine – but the machine just isn’t going anywhere all that interesting, like handing us the magnifying glass but neglecting to tell us where, in particular, to look.

A barbed look at today’s society that lacks an end-product of sorts, Mosaic is a short experience that seems content with telling us what’s wrong with our lives without really going any further than that. There’s a vital message trapped within the game somewhere, but it never quite gets out, and the experience ends up being depressing rather than entertaining. That might have been what the developer was going for, but ultimately, it doesn’t make for a particularly interesting video game.

Save Big This Season With PlayStation Store’s Holiday Sale