Two-and-a-half-years into its inception and Nintendo Switch isn’t struggling for games of a horrific persuasion. From unnerving yet humorous adventures such as The Padre to zombie-ridden action adventures a la Resident Evil 4, us hybrid handheld owners have plenty of grisly titles to satisfy our gluttony for the macabre. One thing we don’t have much of, not surprisingly, is sex.

Don’t get us wrong; we’ve had the likes of Senran Kagura Reflexions or Senran Kagura: Peach Ball (or anything involving the Senran Kagura series), but both have revealed themselves to be nothing more than cheap titillation featuring girls of questionable maturity. It’s a subject that still holds something of a taboo for games, especially on Nintendo hardware, but the Big N seems far more open to more unusual (and sometimes far less tasteful) experiences following the considerable success of the platform. Lust for Darkness presents the most explicit and overt use of sexual imagery on Switch in the West, so, as you might have guessed, it’s a game that’s absolutely not suitable for any of the platform’s younger players. 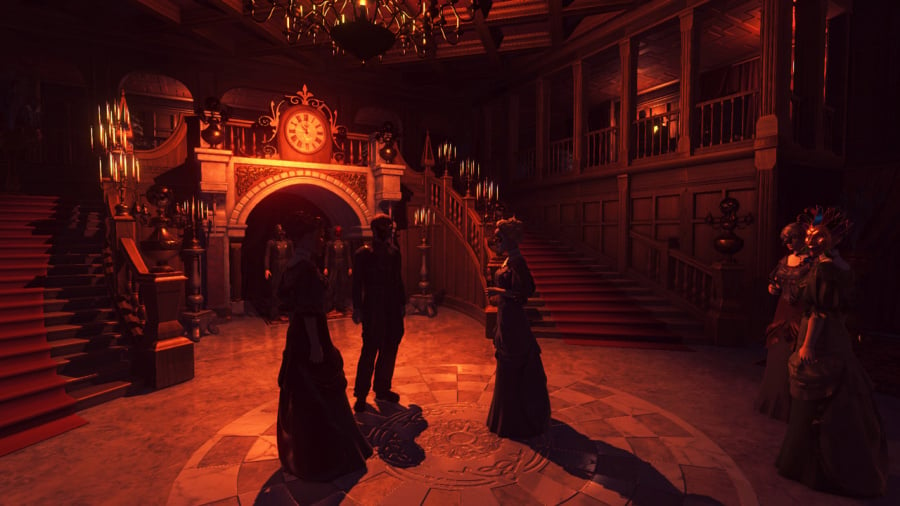 So, yes, Lust for Darkness is a horror game, but one that uses sex as a theme to drive the bleak nature of its story. You play one Jonathan Moon, a man struggling to cope with the disappearance of his wife a year prior. When he unexpectedly receives a letter from said erstwhile spouse, our Mr Moon heads straight for a creepy-looking mansion (because mansions are never stately or quaint in video games) to find his beau and save her from the sex cult that’s been holding her hostage.

It soon becomes apparent that said cult is using grotesque sexual rituals to create doorways to an alternate reality known as Lusst’ghaa (needless to say, it’s not listed on TripAdvisor). Here, sex and violence have become one horrific mixture of blood lust and ecstasy, where its denizens have become twisted and deformed by their devotion to unseen forces. Effectively, it’s another attempt to siphon off the otherworldly corruption and madness we’ve come to associate with the work of HP Lovecraft with the sexualised body horror of HR Giger’s creations. While it’s certainly unusual to see these two themes combined in video game form, the game beneath is quite run-of-the-mill in terms of unease and scares. 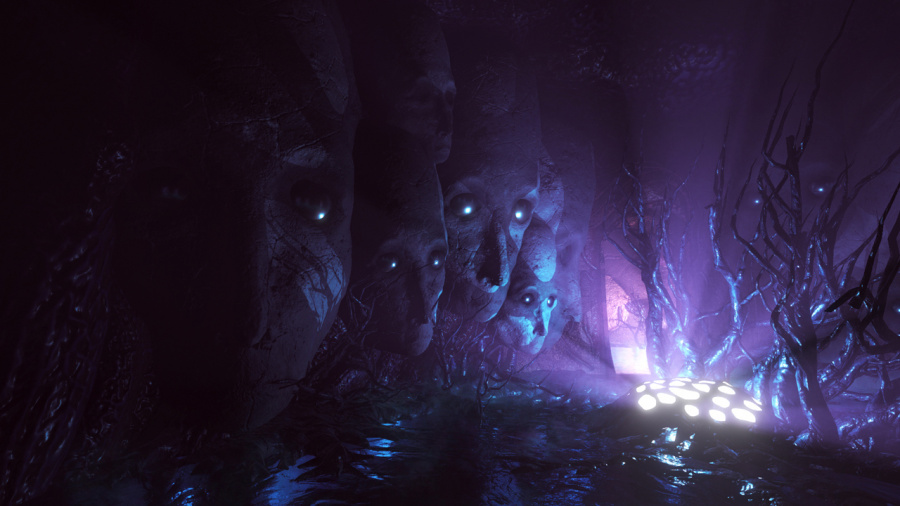 As you explore the mansion in search of your missing spouse, you’ll alternate between the candlelit corridors of the real world and its masked members of the cult and the Alien-esque realm of Lusst’ghaa. While you’ll only have to contend with the occasional sex toy in the mansion, you’ll encounter more and more nightmarish creations in the twisted reality that’s melding with normality. Since this is a family-friendly website, we can’t really go into too much detail, but playing Lust for Darkness is a bit like taking a wrong turn on DeviantArt and falling down a well of phallus-inspired imagery. It’s like Eyes Wide Shut played through the prism of Hellraiser, and is about as sexy as that fusion suggests.

There are some genuinely unsettling moments – such as statues and other seemingly innate objects that come to life if you linger too long, and some of the more trippy moments as you delve further into the cult’s true aims – but for the clever little turns (including how well the two realities are stitched together, invoking a sense of unravelling sanity similar to Layers of Fear), you soon realise this is just another first-person horror game that relies too heavily on cheap, telegraphed jump scares, exploration and the solving of simple puzzles. You’ll evade slow-moving monsters or hide from gruesome pursuers in clunky stealth sections, but it’s pretty poor in terms of innovation. It ends up offering very little you haven’t played before, and in better iterations. 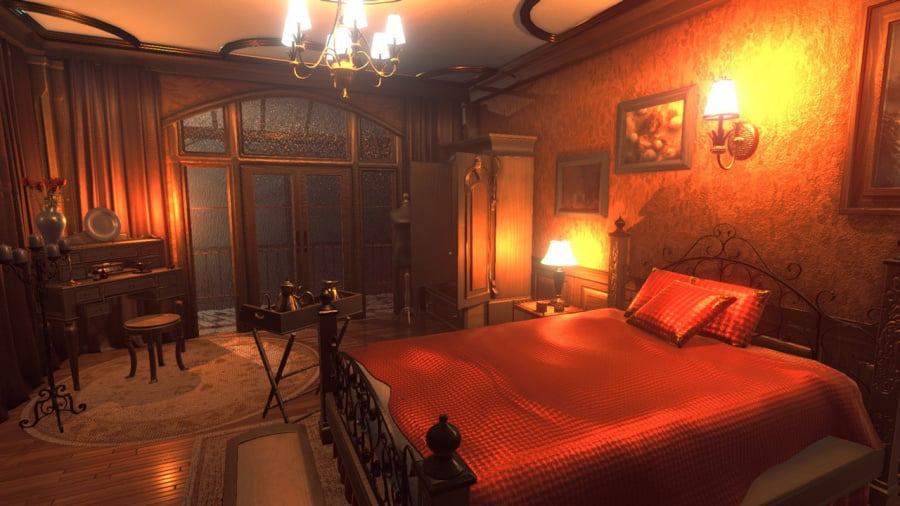 The version that’s been ported to Nintendo Switch doesn’t fare particularly well, either. The framerate chugs a little too often, while many of the more intricate textures and lighting effects have been lost in order to get Lust for Darkness running on a machine with lower specs. There are still plenty of well-rendered character models and what’s left of the lighting model helps give the mansion a grim semi-lit quality; Lusst’ghaa also possesses an otherworldly feel with its vein-like bracken and bloody roots, but this is very much an inferior version of the game when compared to the PC original.

It doesn’t take very long for Lust for Darkness to overplay its hand and reveal just what kind of horror game it really is; for all the shock value of seeing some Giger-esque creature with an overtly phallic head or yet another doorway shaped like genitalia, you realise it’s just that: hollow grotesquery employed for the sake of making you cringe. There are a handful of moments of genuine unease, but they’re few and far between in what is ultimately a short trudge through sex-inspired horror landscape that wastes the opportunity to find some genuinely interesting allegory in all that face-value titillation. Still, at around three hours to complete, at least it’s a mercilessly brief experience.

The War Rages on in Season Two of Call of Duty:...

February’s Free PS Plus Games: Bioshock: The Collection, The Sims 4,...