Kentucky Route Zero begins simply enough. You assume the role of Conway, a grizzled delivery driver who, along with his dog, is in the process of taking a cargo of antiques to 5 Dogwood Drive. Somewhat lost, you pull up to a gas station on Route 65, Equus Oils, and speak to Joseph who sits quietly on the forecourt in an armchair. Joseph informs you that in order to reach Dogwood you must take Route Zero. But where is Route Zero? Furthermore, what, when, how and why is Route Zero? These are only some of the questions you’ll likely ask yourself as you venture further and further into the bewildering depths of this magical realist adventure.

As you burrow down into the subterranean depths below this hyper-stylised mash-up of modern and 1950s Kentucky, you’ll meet and befriend a cast of exquisitely-realised oddball characters. You’ll make your way through strange and confusing landscapes, with your perspective constantly shifting; are you inside or outside, or are you both? You’ll visit the Bureau of Reclaimed Spaces to ask for directions but you’ll need an ingestion card before you get any answers. You’ll speak to a lonesome janitor at a church, now housed inside a storage facility; he’s not religious, but he faithfully plays recordings of mass every night, the priest and congregation now long gone. You’ll make your way through a space-altering forest to take a boat journey – accompanied by a woolly mammoth, naturally – down a strange river as you continue, in some form or another, to make your way ever closer to Dogwood Drive. 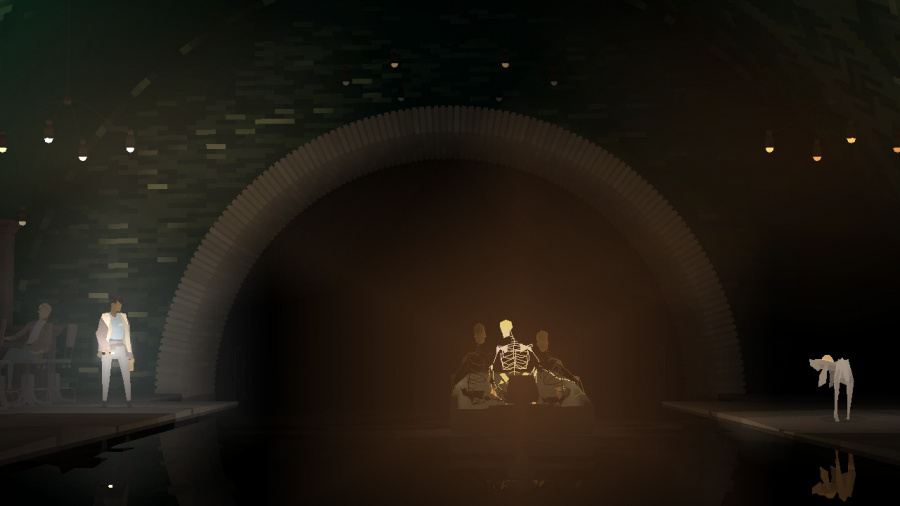 Oh yes, Dogwood and the delivery. You may find you somewhat forget about that and begin to focus less on the traditional objective at hand as this beautifully crafted game washes over you. This is a point-and-click adventure, for sure, but not one concerned with having you solve puzzles or direct the flow of proceedings by making some correct decisions. Here, the only choices you really need to make, as the Zero funnels you along regardless, are what kind of person you were and what kind of person you want to be.

Are the friends you make along the way merely waypoints? Do they serve simply as help, sources of information in your quest to deliver your cargo, or will you begin to see them as more – perhaps even as family? Will you rush by on your way, or stay and just exist with them for a while? Progressing through the five acts which make up Kentucky Route Zero, you’ll assume control of the various characters that you’ve met; you’ll fill in their backstories through dialogue choices, decide how they feel and respond to the people and situations around them and slowly but surely become utterly absorbed and emotionally connected to this most strangest of places. 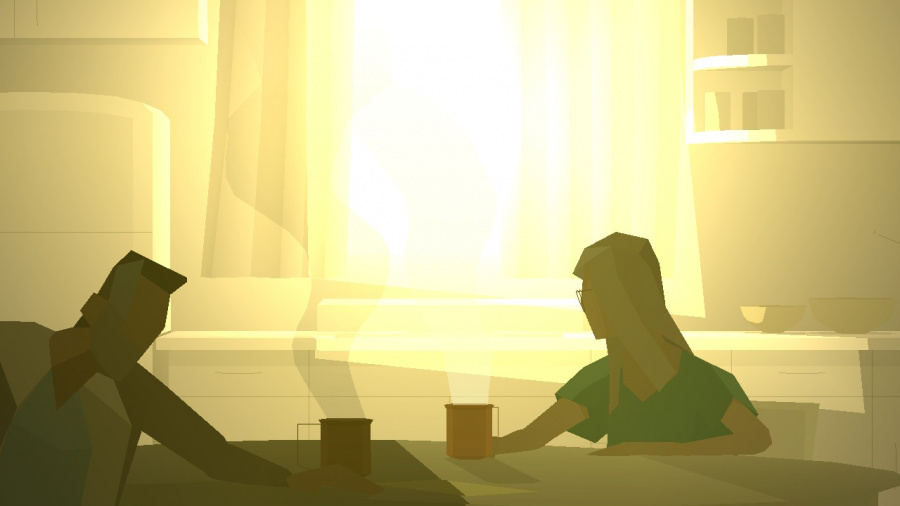 The absurd begins to seem normal, perspectives shift, time no longer seems to matter or make any sense and reason is something best left behind. At the beginning of the story, you may find an entire office floor full of bears somewhat comically strange, but by its end, you’ll think nothing of greeting a boat full of electric skeletons as you quietly (and ever so slowly) make your way through a mysterious bat sanctuary.

To give away too many more details about how Kentucky Route Zero unfolds would be to ruin its magic for those who have yet to experience it but, over the course of the five acts here – five acts representing a journey which started way back in 2013 – the quality of the writing, the art, the music and the amazingly detailed animations never falter for a moment. Sure, some acts work better than others – we personally think IV is the highlight, and V, which makes its debut in this TV Edition, is a perhaps a little bit short – but overall, everything comes together to create a point-and-click adventure with very few equals. 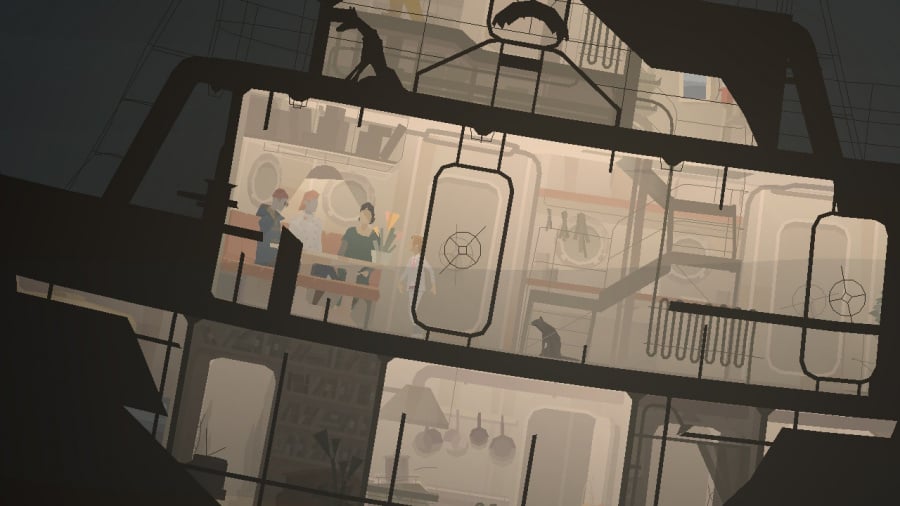 Developer Cardboard Computer has created a real work of art here; a go-to title in that age-old debate of whether or not games can ever really reach that height. It’s also a piece of interactive storytelling that works on multiple levels at once. It’s an immediately engaging and darkly comic off-kilter road trip that will delight anyone willing to sit down and spend time with it. It’s also a deep and moving meditation on a broken society, on fractured relationships, life and death and the ghosts that haunt people and the places they inhabit or have inhabited. There’s John Steinbeck here, Jules Verne, allusions to the Great Depression and so, so much more. A twisted, haunted version of classic Americana – Edward Hopper scenes, open roads, Bluegrass, tough times and hard liquor – seasoned with Alice in Wonderland.

In terms of this Switch port, Kentucky Route Zero runs perfectly in both docked and handheld modes and this version of the game also adds welcome touchscreen controls and HD Rumble. There’s an impressive amount of options here, such as various text sizes to choose from as well as the speed at which text boxes scroll. You can also choose to play the game in modern or “classic” mode, which is a larger, more old-school pixelated version of the game. Also included in this TV edition are the various interludes which were released separately from the main episodes that give you a chance to learn more about certain aspects of some of the characters from the game, as well as just being an excuse to spend more time in this enchanting and bewildering creation.

Kentucky Route Zero: TV Edition is the full and complete Kentucky Route Zero experience. A magical realist point-and-click adventure that takes you on a beguiling journey to a place that exists both below and beyond. It’s a trip to be savoured, ruminated on; no need to rush. Each act here brings with it some new perspective, new places and people to forge deep connections with. You may be confused, even bewildered by your initial steps down into the subterranea that exists somewhere beneath this version of Kentucky but, by the end of your journey, you’ll have made friends and memories and been escorted through a rich and beautiful experience that will stay with you much longer than you may expect.

Bleeding Edge Captures The Ugly Joy Of The MOBA Tangle –...

Inside Bungie's Rapid Response to the US COVID-19 Crisis – IGN