Movie tie-in games can be notoriously hit-or-miss in their quality. Often, the games seem to be something of an afterthought or simply advertisement fodder for the film they’re based on, but every now and then, tie-ins can surprise with how well they stand on their own. Back in the day, the video game adaptations of Aladdin and The Lion King stood firmly at the ‘quality’ end of tie-in spectrum, and now that they’re being re-released in modern times under one banner, the question is whether they still hold that same value. Judged on their own merits, neither of these games have held up particularly well, but the nostalgia value and quality of additional extras like filters and behind-the-scenes content help to make this a worthwhile package overall.

So, let’s get all the differences and inclusions in Disney Classic Games: Aladdin and The Lion King straight. Both games have five versions available with a Game Boy, Super Game Boy, Genesis and Japanese release being common between them while the fifth version is either a “final cut” (in Aladdin’s case) or a SNES version (in The Lion King’s case). In addition to this, Aladdin has a short demo version that was available only on trade show floors, and each game has a whole wealth of concept art, developer interviews, and other such goodies for those that are interested in the development history of these popular releases. Aside from the somewhat odd omission of the Capcom-developed SNES Aladdin release, it’s clear that a lot of love went into making this collection a well-rounded package. 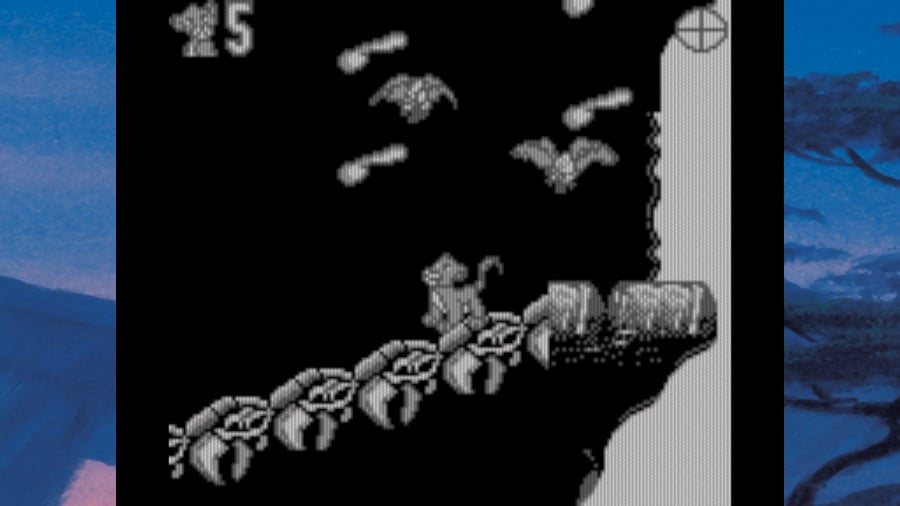 Digital Eclipse has lived up to the high standard it’s set with its work on previous retro collections, as the emulation quality is as pitch-perfect as you could hope for. On top of this, various screen filter and ratio options have been included to give you the option to tweak the visuals to exactly as you remember them, while modern features like save states, rewind, and a curious “Interactive Game Viewer” mode are included to round out the rougher edges of these nearly thirty-year-old games.

We’d like to especially commend the inclusion of these latter quality-of-life features, as they go a long way towards balancing out the often inconsistent difficulty. Case in point, the much-hated ‘monkey level’ in Lion King was intentionally made to be frustrating so kids renting the game couldn’t easily beat it in a weekend. Now, with the Interactive Game Viewer, you can coast through the madness easily and pick up the controller again whenever you want.

The new features do act as a double-edged sword, however, as they also expose the rather antiquated game design that lies at the heart of the main versions of both these releases. Beloved as they may be, both games can be beaten in about an hour if you don’t play them ‘purely’. If you choose to play that way instead, the meandering level design, blind leaps of faith, and instant death traps are sure to add several more hours to your total play time as continuous, gruelling trial and error carries you to victory. 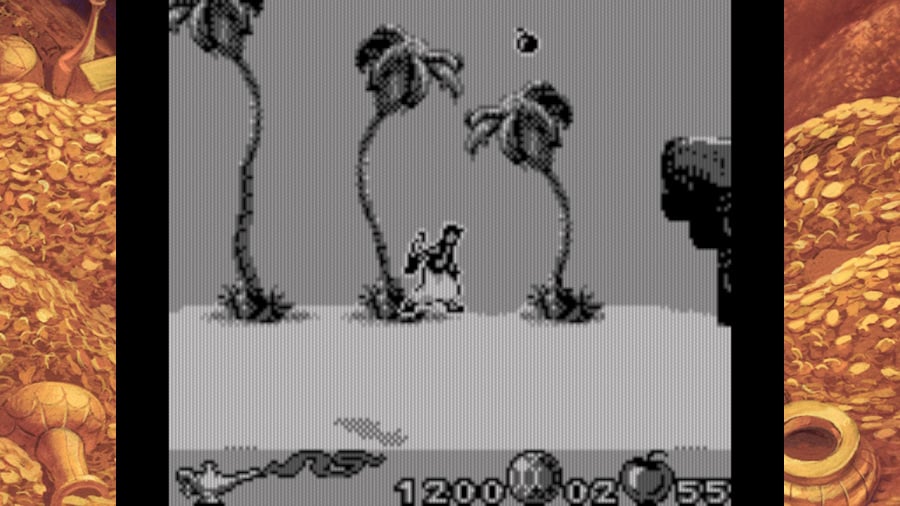 These are cruel games in so many ways, merciless in how they punish the new player for their mistakes, and – right or wrong – they were intentionally designed to be that way. Nowadays, it’s difficult to recommend these releases, mostly because you’re stuck between a rock and a hard place in regards to how you play them. Play without modern features, and you’re looking at two deliberately frustrating experiences that hardly hold up to modern game design standards. Play with modern features, and you’re looking at two games that can be beaten in an afternoon.

Both games adapt the storylines of the films they represent while throwing in a few extra levels or designs here or there that weren’t present in the films, such as a level in Aladdin in which the titular thief enters a world within Genie’s lamp. The 2D sidescrolling action in either game is serviceable, if not particularly memorable, mostly because there’s no notable rhyme or reason to level designs. Though each stage is visually distinct from the last, the hour-long runtimes ensure that there aren’t a whole lot of new ideas introduced as you move through levels.

The homogenous nature of the level design is broken up somewhat by the odd inclusion of a bonus level, such as a magic carpet ride in Aladdin or a bug hunt in Lion King, but we were rather disappointed by how little the developers tended to experiment. On top of this, there’s not a clear direction to the flow of most levels, as the ‘main’ path often loops back on itself several times to make it seem like the level is much longer than it truly is. Given the tight turnaround times the original developers were given for these releases – we’re talking just a few months here from start to finish – it’s admirable that they were able to produce titles of such relative quality, but it’s nonetheless quite difficult to ignore the glaring issues present in such foundational aspects of both releases. 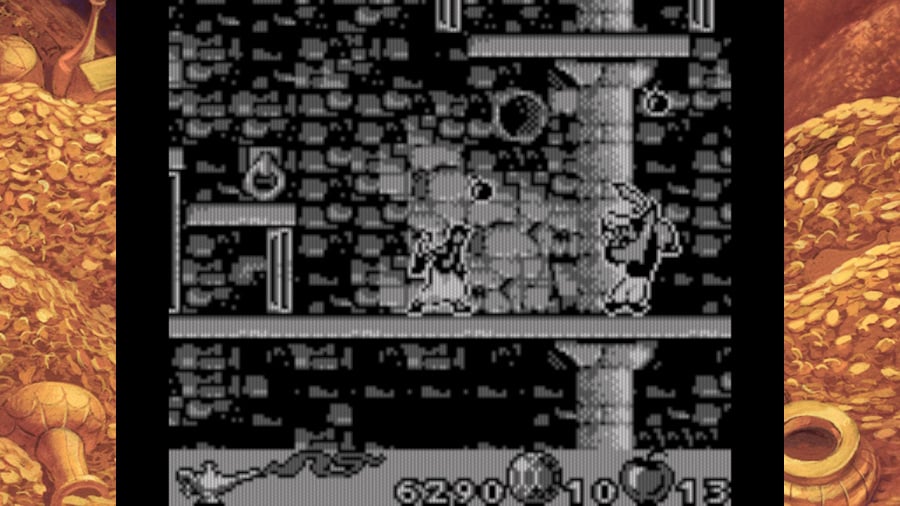 One way in which both games have managed to wow, however, is in their utterly stellar presentation quality. Disney contributed some key members of its animation teams to assist in the development of these games’ art directions and it definitely shows in the bright colours and expressive designs. Despite the humble 16-bit graphics, most of the sprite work and animation is impressively close to what was present in the films themselves, and it still looks quite excellent even by modern standards.

In addition to this, the soundtracks contain both new arrangements and adaptations of songs from the films, creating music that sounds like it pushes the limits of what the 16-bit sound chip technology could do. Though the experiences are both all too short, never let it be said that they didn’t do a fantastic job of translating Disney’s classic designs to a 16-bit format.

Although the games at the heart of this collection are rather middling, we feel it bears special mention just how much the extra ‘museum’ features add to the overall package. Each game has several videos in which interviewers pull together several key members of the original development staff and quiz them on various aspects of the joys and struggles of development, while the concept art galleries and soundtrack lists are pleasingly filled out with content from production on both the games and the movies they were based on. 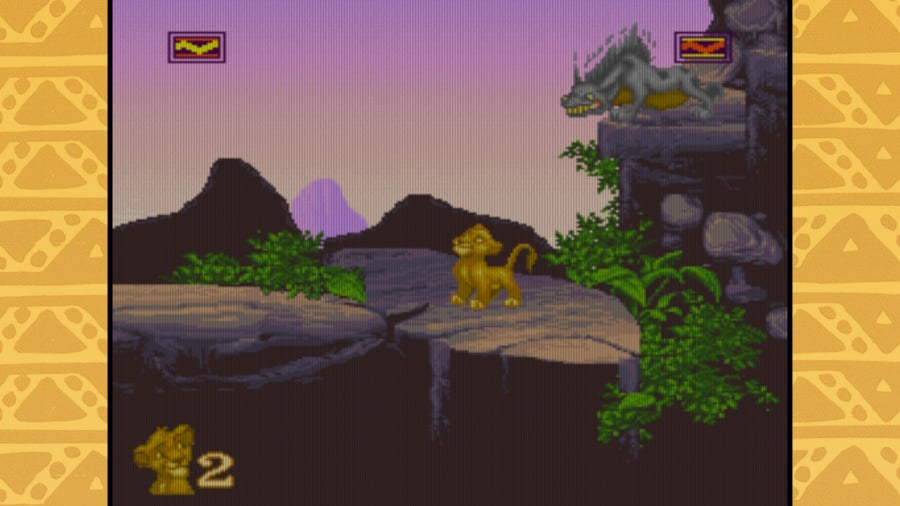 Obviously, this sort of stuff will only appeal to a specific subset of players, but we rather appreciated the depth of this historical content. It’s clear that the developers went to a lot of trouble to pull all of this together, and it goes a long way towards elevating this release above a simple low effort ROM dump as many such re-releases are wont to do.

Disney Classic Games: Aladdin and The Lion King is an unfortunately tough release to recommend. Though Digital Eclipse did a fantastic job of emulating these releases and throwing all manner of extra features in to sweeten the deal, the hard truth is that the two games that lie at the core of this package just haven’t stood the test of time all that well. Aside from the excellent presentation quality, the years have not been at all kind to these releases, and given the wealth of similar retro content available on the Switch eShop now, it’s tough to recommend that a newcomer pick them up. If you played these games as a kid and want a nice walk down memory lane, this is by far and away the best way you could possibly experience them – and that’s not something to be dismissed out of hand. Bearing that in mind, we’d give this release a light recommendation to those who are willing to shell out some cash for pure nostalgia. If you don’t fall into that camp, you should probably steer clear.

Feature: Liberated Developer On The Challenges Of Creating A Truly Playable...