Upon introducing its new Super Famicom console in late 1990 it wasn’t just critical for Nintendo to showcase technical advantages over its 16-bit competition, but it was also important to persuade gamers who were clinging on to their 8-bit systems to purchase the new hardware. Considering parents in North America in particular would need convincing to expand beyond their kids’ established NES collections, Nintendo’s strongest selling points for the SNES were new games showcasing its audio and graphical superiority.

The first game in the Pilotwings series was released on 21st December 1990 in Japan – exactly one month after the launch of the Super Famicom – and it used the SNES hardware’s Mode 7 scaling abilities to not just dazzle with visual effects, but to present unique gameplay of soaring through the skies in a Light Plane, Rocket Belt or Hang Glider, as well as hurtling towards the ground in its Skydiving lessons. 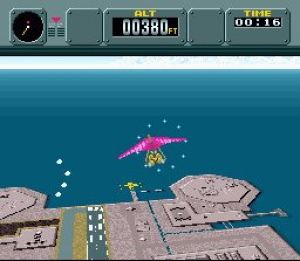 The importance of this visual trickery wasn’t lost on the games media of the period. Issue 23 of Electronic Gaming Monthly from June 1991 explored this new technology in their ‘The Complete Guide to 16-bit Gaming’ feature, where they described Mode 7 as a breakthrough in the early 16-bit era. EGM explained that, “the true magic of the Super Famicom really shows when it operates in Graphics Mode 7. This marvel allows programmers to rotate, shrink, or enlarge graphics quickly.” Pilotwings even included a DSP-1 chip inside the cartridge to assist the Mode 7 effects, which provided an early retro example of today’s common practise of developers altering their game, even after it was released.

However, it’s difficult for 3D-savvy younger gamers to view Pilotwings with the same astonishment today as they plummet towards chunky pixels and sparse, flat backgrounds. Yet, from the wonderstruck eyes of gamers in 1990 – which EGM’s article was reflective of at the time – the SNES’s rotation and scaling of the distant ground as you spiralled through the skies in Pilotwings was akin to Arthur C. Clarke’s third law that, “any sufficiently advanced technology is indistinguishable from magic.” 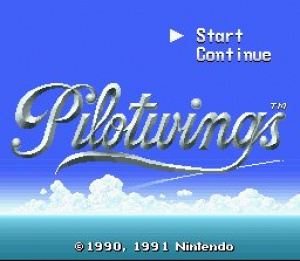 The idea of simulating flight was not new in early 1990s video games, of course. Sega’s After Burner coin-op had on-rails Super-Scaler fighter jets in 1987, and Wings included 3D biplane dog-fights on the Commodore Amiga just two months before Pilotwings – but there was a sereneness to Nintendo’s offering, as the focus was on the tranquil freedom of flying rather than combat. Only later on in Nintendo’s game does the art of destruction become involved.

With a total of eight single-player main lessons – as well as zany, hidden Bonus Chance objectives – joining the Flight Club to train under Tony, Shirley, Lance and Big Al has its quirks, but the SNES game didn’t have the personality of the kooky character design in Pilotwings 64 to fall back on. The SNES’s instructors frown upon bad flying, especially as a steep learning curve becomes apparent during Lesson 3, where it’s disorienting to ride a thermal current in a Hang Glider to an altitude of 500ft. 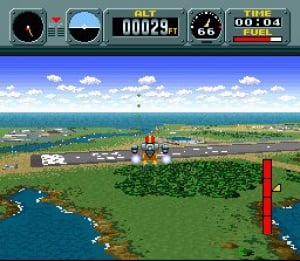 The first main difficulty spike is in Lesson 4’s Skydiving as you realise that there is a big difference between diving through eight rings compared to just three rings in Lesson 1, before opening your parachute and guiding yourself towards the yellow target area. The Skydiving controls can feel finicky, but it’s not as frustrating as landing or refuelling in a game like Top Gun on the NES.

Pilotwings also doesn’t hold your hand in teaching you to apply subtler movements with the controls, and lessons will often send you skyward, or drop you from a height to leave you to work out how to land precisely. In a similar regard to if you are used to Mario Kart 8 Deluxe’s controls and then tried SNES Super Mario Kart, the controls in Pilotwings are not nearly as accessible as Pilotwings Resort on 3DS, and it may feel obtuse to newcomers initially. Nevertheless, just because the controls are challenging to master it doesn’t mean they are bad; there’s great satisfaction from passing a lesson, especially after applying perseverance and practice in equal measures. 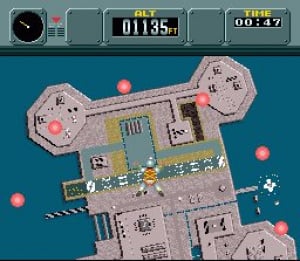 After beating Lesson 4, the game throws a curveball with the first Secret Command rescue operation, which is one of two helicopter combat missions. This has a greater depth to its graphics, and more freedom of movement compared to the top-down sections in a shoot-’em-up like the Mega Drive’s Super Thunder Blade, which admittedly was released two years before Pilotwings. The Secret Command setting also rekindles memories of Jungle Strike, but it feels unnecessary as an inclusion to satiate action shooter fans.

Once you’ve beaten the first Secret Command mission, you unlock the harder difficulty and stricter scoring targets needed to progress in Pilotwings Expert mode. Pilotwings Expert has an element of repetition in that it’s essentially the first four lesson objectives, but they’re presented in harsher weather conditions like snow and stronger winds. With Nintendo Life considering Pilotwings as being fun to complete, but lacking in replay value once it’s been mastered, it achieved a respectable 13th place in our guide to The 20 SNES Games On Nintendo Switch Online, Ranked By Us. 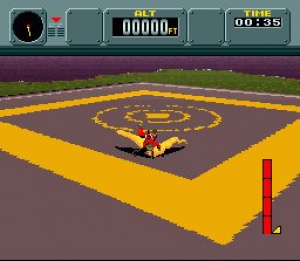 Extra mention goes to Soyo Oka’s soundtrack – who also composed the wonderful music in Super Mario Kart – as she revels in the extra sound capabilities of the SNES, after her excellent previous compositions for 8-bit games like Vs. Excitebike. Rocket Belt sections have a jazzy jauntiness that Soyo Oka is renowned for creating, while Hang Gliding has sweeping flute sounds to replicate the wind whistling through your ears. While there is some repetition as shorter tracks loop, the ’select your aircraft’ menu screen’s music still makes the SNES’s S-SMP chip groove along to a tune that could easily fit with F-Zero.

If F-Zero was the game that sold gamers on Mode 7, then Pilotwings arrived in quick succession to reinforce the SNES’s scaling effects as an effective sales pitch. Yet for many players, it was the originality of Pilotwings’ gameplay that stood out at the time, as opposed to F-Zero’s more traditional racing. While Nintendo created a fun, arcade take on the flight simulator, it’s the unique gameplay enabled by Mode 7 that makes Pilotwings soar – even if it’s a fairly short flight.

Since gamers are accustomed to 3D visuals these days it’s harder to appreciate how stunning Pilotwings was at the time of release. With eight main lessons based around mastering the Light Plane, Rocket Belt, Skydiving or Hang Glider, the first rule of Flight Club is we must talk about Mode 7, including how it enabled unique gameplay in the early 16-bit era. Soyo Oka’s soundtrack sets the mood for soaring through the air, and the atmosphere is so tranquil that it may feel jarring when the gameplay switches to the Secret Command shoot-’em-up missions. Alongside the pseudo 3D effects, the controls in Pilotwings are of its time – so for newcomers it’s finicky to practise precise movements in a skill like Skydiving – but it’s a breath of fresh air that the game doesn’t hold your hand.