OnePlus has finally thrown its hat in the ring, foraying into the smart TV segment by announcing the OnePlus TV 55 Q1 series of televisions. While OnePlus was teasing just one TV for some time now, it went ahead and announced two TVs in its 55 Q1 Series. The OnePlus TV 55 Q1 Pro is the top-end model while there’s a more affordable OnePlus TV 55 Q1 behind it. Both OnePlus TVs feature a 55-inch 4K QLED panel with a 95.7 percent screen-to-body ratio, however, only the Q1 Pro gets an integrated sliding soundbar. So, without further ado, here’s all you need to know about the new OnePlus TVs.

The top model of the lot is the OnePlus TV 55 Q1 Pro, which is a 55-inch 4K QLED TV with a 95.7 percent screen-to-body ratio and an in-built sliding soundbar. The OnePlus Q1 also gets all the same features but doesn’t ship with a soundbar. OnePlus boasts that its TVs covers 96 percent of the DCIP-3 and 120 percent of the NTSC colour gamut. This is all thanks to the Gamma Color Magic chip that they come equipped with as it enables a host of features like Super Resolution, Contrast Enhancement, Noise Reduction, MEMC, De-Contour, Dolby Vision, Colour Brightening and Colour Enhancement to deliver a more ‘vivid and smooth’ experience.

The Q1 Pro features eight speakers that have a total power output of 50W and six of the speakers are forward-facing while two 20W speakers face backwards. On the standard Q1, there are a total of four speakers that have a 50W total power output. Both TVs support Dolby Atmos, DTS-HD and Dolby Digital Plus audio. The back panel of the TVs feature a carbon fibre finish and a magnetic cover that snaps over the I/O ports. Alongside stock Android TV OS, the company offers OxygenPlay UI on the OnePlus TV. There’s also a OnePlus Connect feature that enables users to connect their smartphones and control the TV via an app. 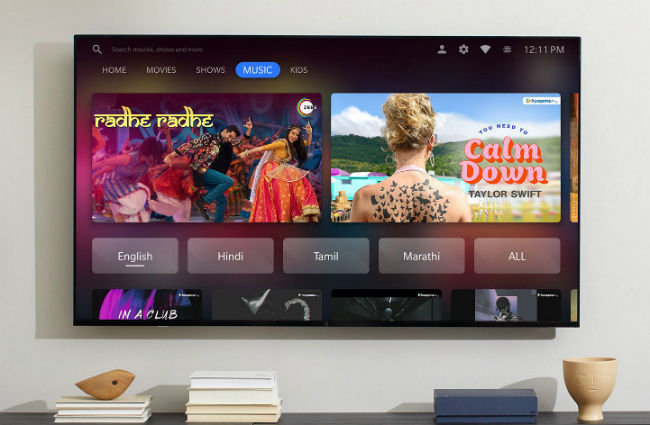 The TVs will receive updates for three years and Netflix support will arrive sometime later this year. Connectivity options on the TVs include 2.4 GHz/5 GHz 802.11 a/b/g/n/ac Wi-Fi, Bluetooth 5.0 BLE, one ethernet and four HDMI ports, one AC input, one digital audio output and three USB ports, out of which, one is a USB Type-C, the other a USB 3.0 and finally, a USB 2.1 port thrown in for good measure.

OnePlus also announced its new OnePlus 7T smartphone in India. You can read more about it here.

Without Valve, 'Half-Life: Alyx' Wouldn't be Compatible with Oculus Rift or...

She Remembered Caterpillars Is An Abstract Puzzler Enchanting Switch This Month

Video: Old-School Footage Of Reggie At E3 2006 Surfaces On YouTube