“Trucks have been the same for a very long time. We want to try something different. It is hard to say which is which. We need to make different. And we need sustainable energy now. If we don’t have a pickup truck, we can’t solve it. It is the number one selling vehicle in America. Top three.”

That pretty much sums up what was the goal of the Cybertruck. It is the Master Plan for it. For Tesla, it is the Trojan horse that will take the idea of electric mobility where it has never been before in a competitive way. But how could it get there?

First, it had to be affordable. Offering a fancy pickup truck for people that need a tool on wheels would probably lead Tesla to the Lincoln Blackwood territory and get it stranded there – as Lincoln was.

The typical clients of pickup trucks would not even consider a vehicle that was too costly as an option. It should be all about function and low cost of ownership. Getting it to cost $39,900 instead of the promised $49,000 was a masterstroke. 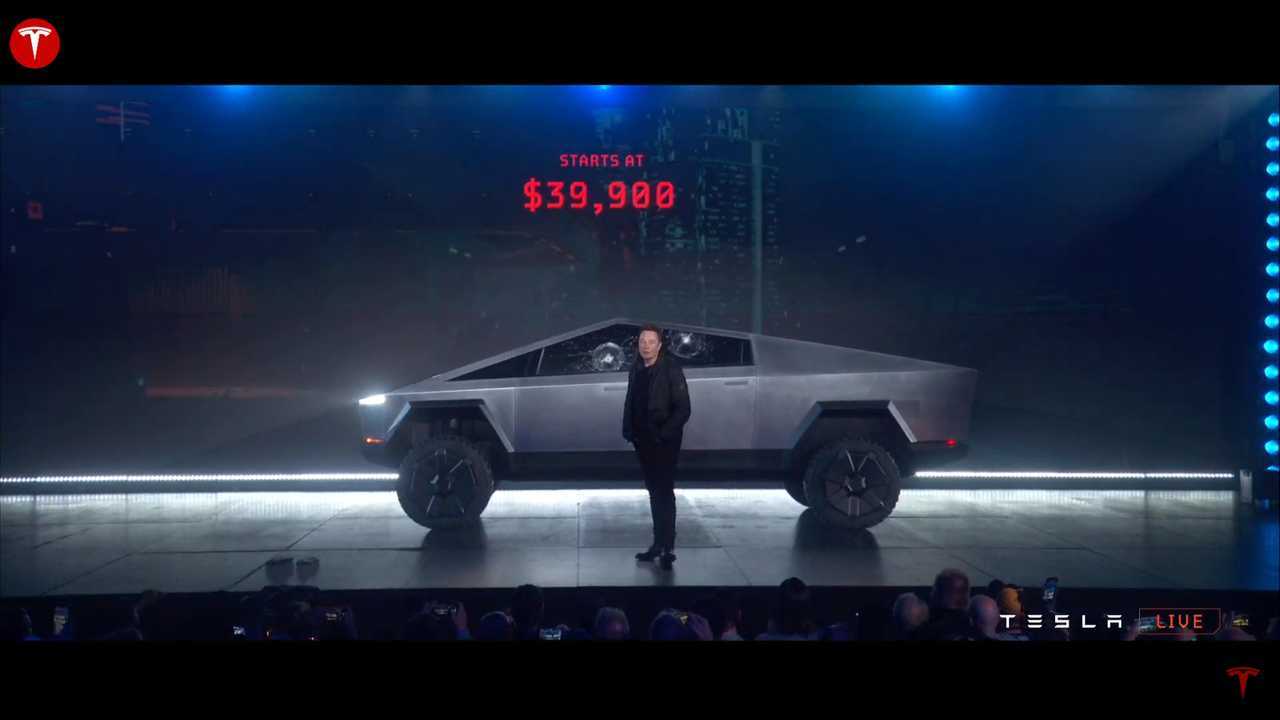 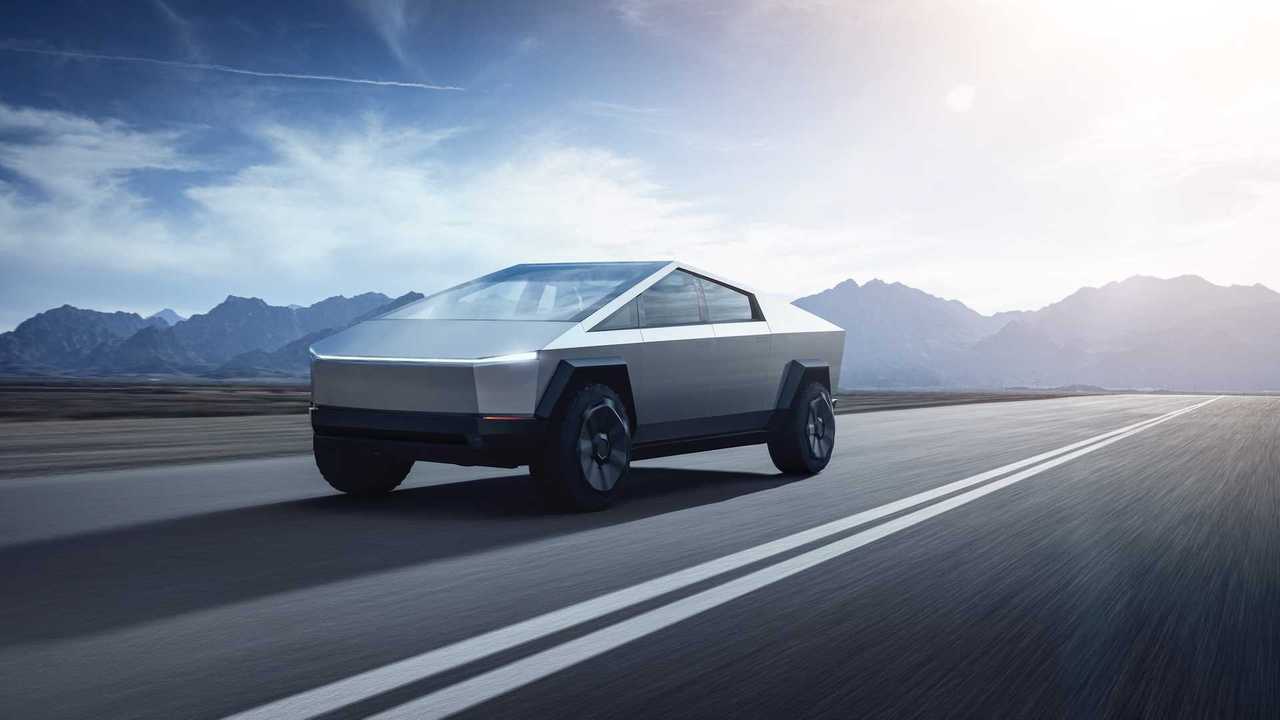 We did not get a chance to talk to Tesla about this, but we believe these are the reasons for the Cybertruck to look like it does. After reading our explanations, you will get our point. We just hope not to make any mistake for not being able to talk to the company about our doubts.

The curvy styling of most Teslas makes them desirable. Sexy, as the lineup state loud and clear. Did you notice the Cybertruck is not part of S3XY? That is probably on purpose. Tesla knows it isn’t attractive in terms of style. It could be, but that is not what pickup truck buyers are looking for. They want tough. They want rugged and capable. 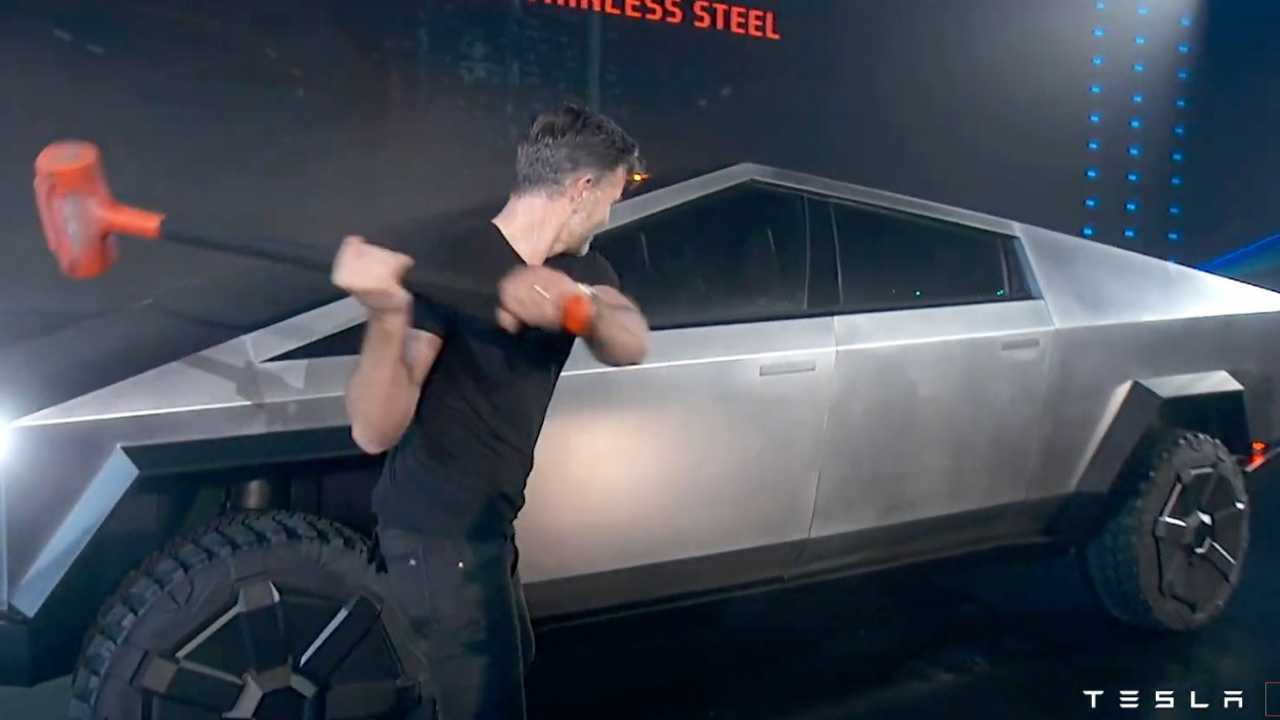 Musk asking Franz von Holzhausen to hit the Ultra-Hard 30X Cold-Rolled stainless-steel body parts with a sledgehammer was not to bash Ford and the F-150. It sure seemed to be, but that was perhaps a plus in the strategy. As it probably was to let Holzhausen hit a vehicle he knows that does not look good: a catharsis. 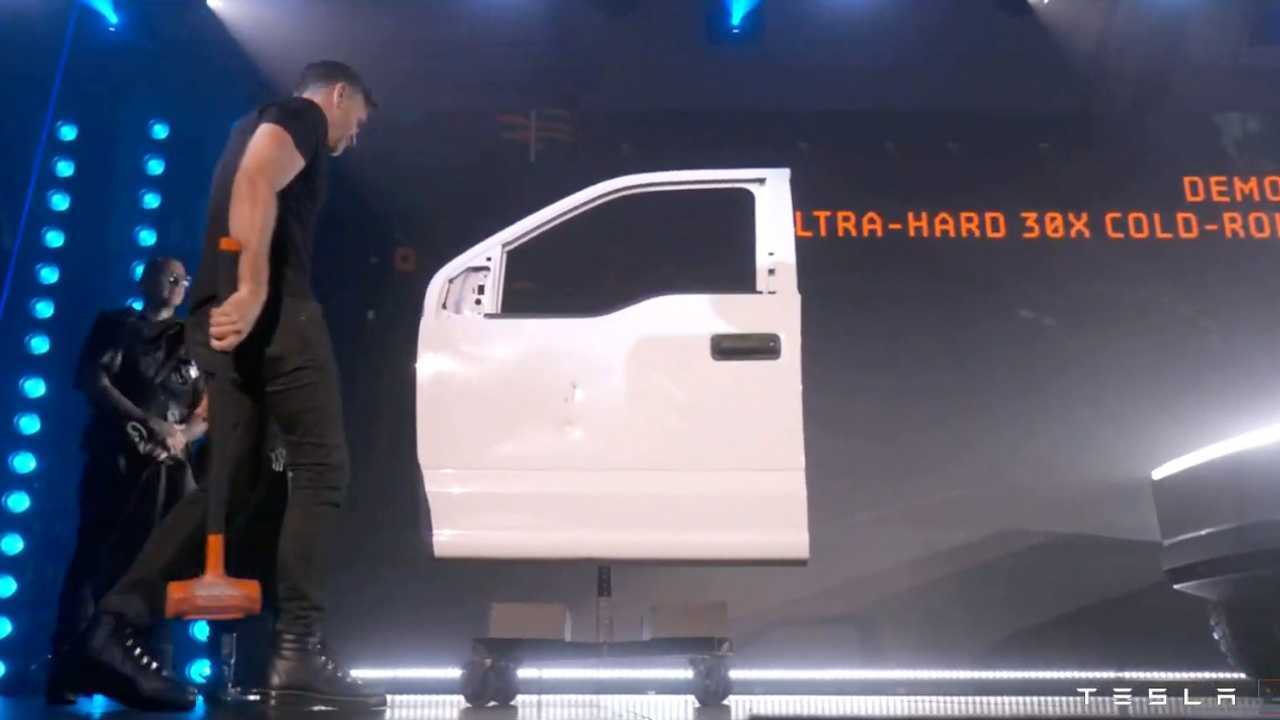 Musk’s intention probably was to demonstrate this Tesla will handle things all other cars from the brand wouldn’t. That the competition, trying to make pickup trucks lighter, also could not cope with. Because it is made of more than stainless-steel: It is a special alloy developed for the SpaceX Starship Rocket. 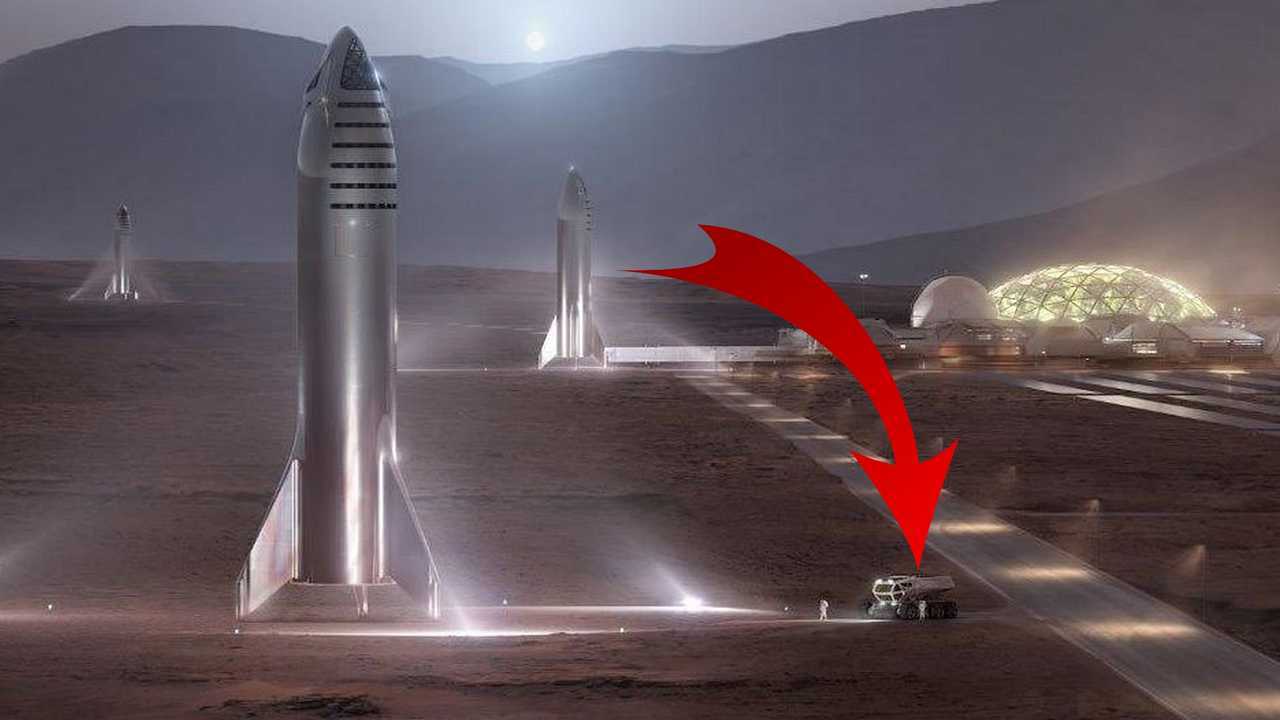 Both vehicles will use the same material. In a way, we can say that the Cybertruck will help the Starship Rockets be cheaper due to scale. The more they produce it, the cheaper it gets. That is a must: cold-rolled steel is more expensive than hot-rolled steel. It is also harder and stronger. 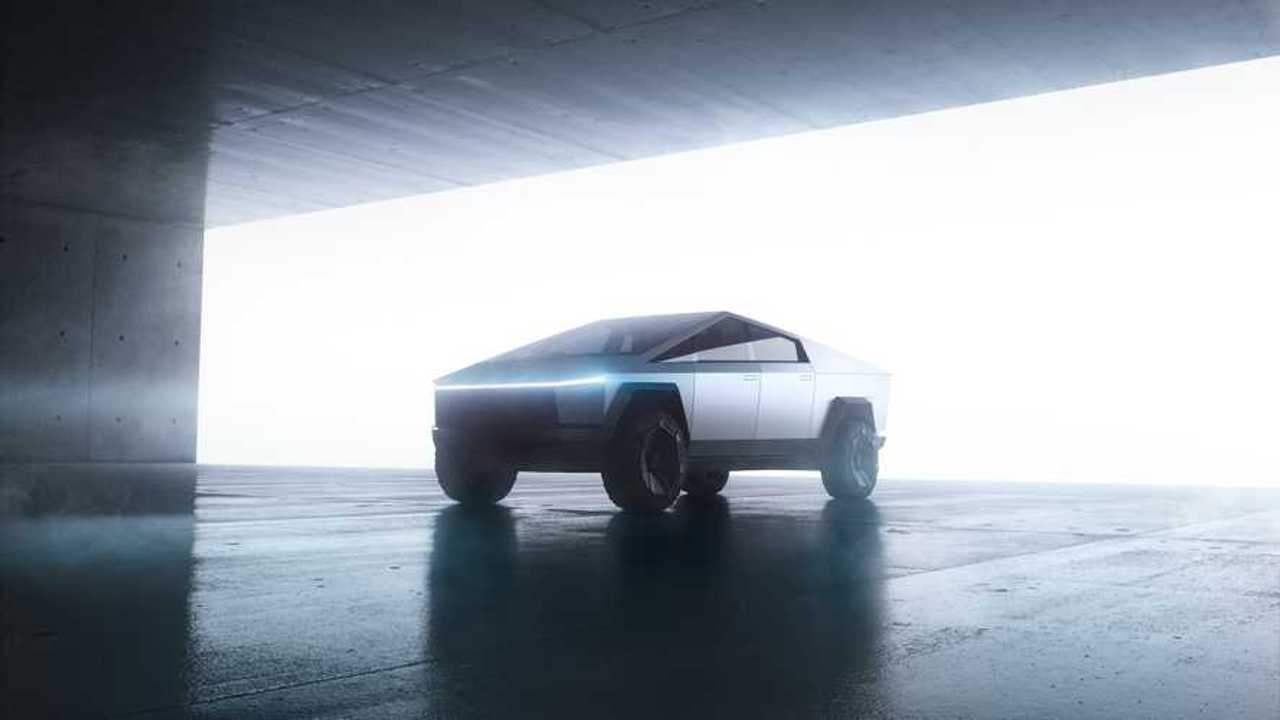 It is not the kind of material you put on a press to make it curvy and sexy, especially this stronger alloy. So you do not stamp it. You fold it. That explains why the pickup truck is so boxy, but that is not the only reason. 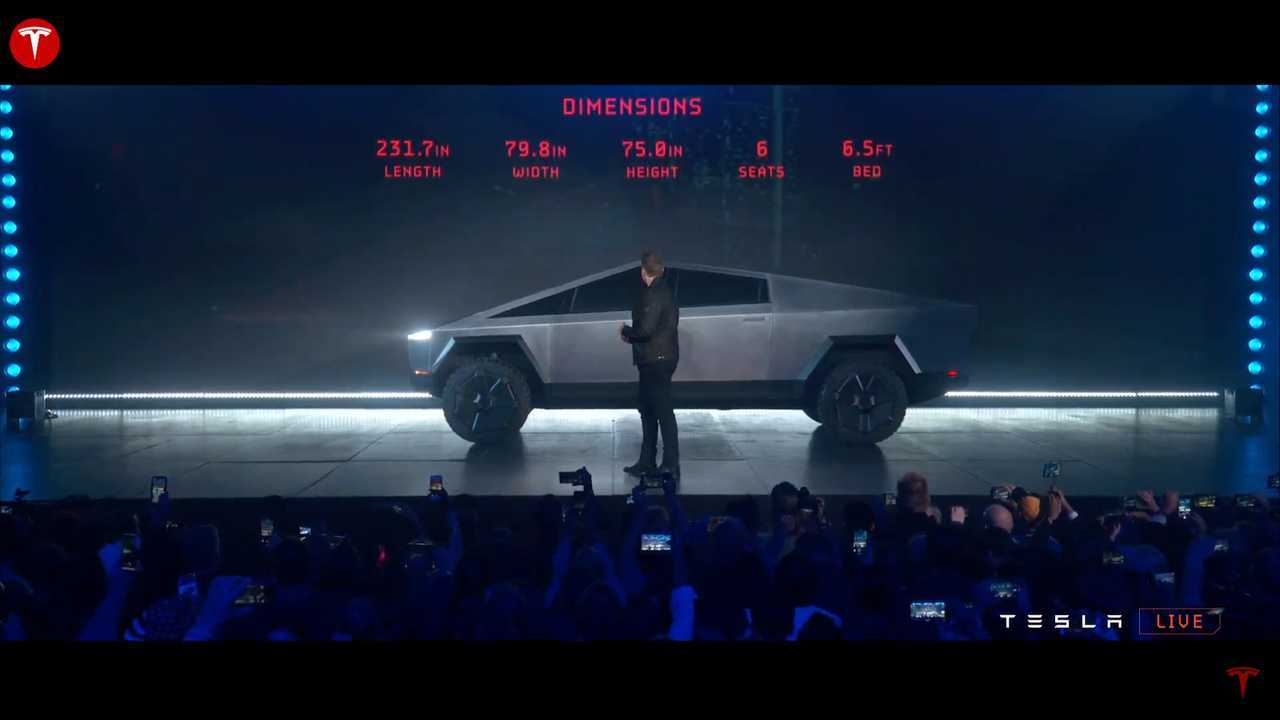 Musk spoke about it, and very few paid attention to this. He mentioned the Cybertruck has the “same dimensions and same weight” of a Ford F-150. We repeat that: the same weight. For an electric pickup truck with a massive battery pack. How is that possible? Due to “stressed-skin design,” the same sort of structure airplanes have. 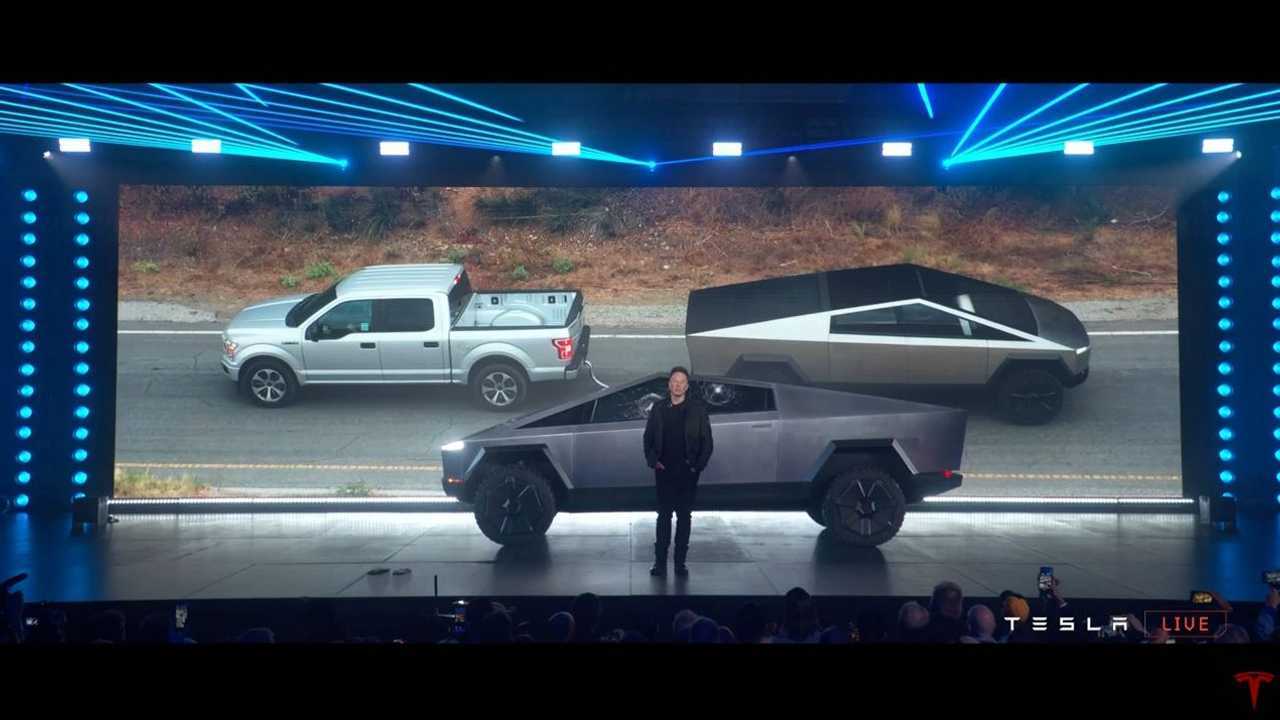 Go search about it, and you’ll learn it is an intermediate between a monocoque and a “frame with a non-loaded covering.” Musk said more about that:

“We moved the mass to the outside. We’ve created an exoskeleton. The way that trucks are normally designed, you have a body-on-frame, a bed-on-frame. And the body and the bed don’t do anything useful. They are carried like cargo, like a sack of potatoes. It was the way that aircraft used to be designed when we had biplanes, basically. The key to creating an effective monoplane was a stressed-skin design. You move the stress to the outside skin. Allows you to do things you can’t do with body-on-frame.” 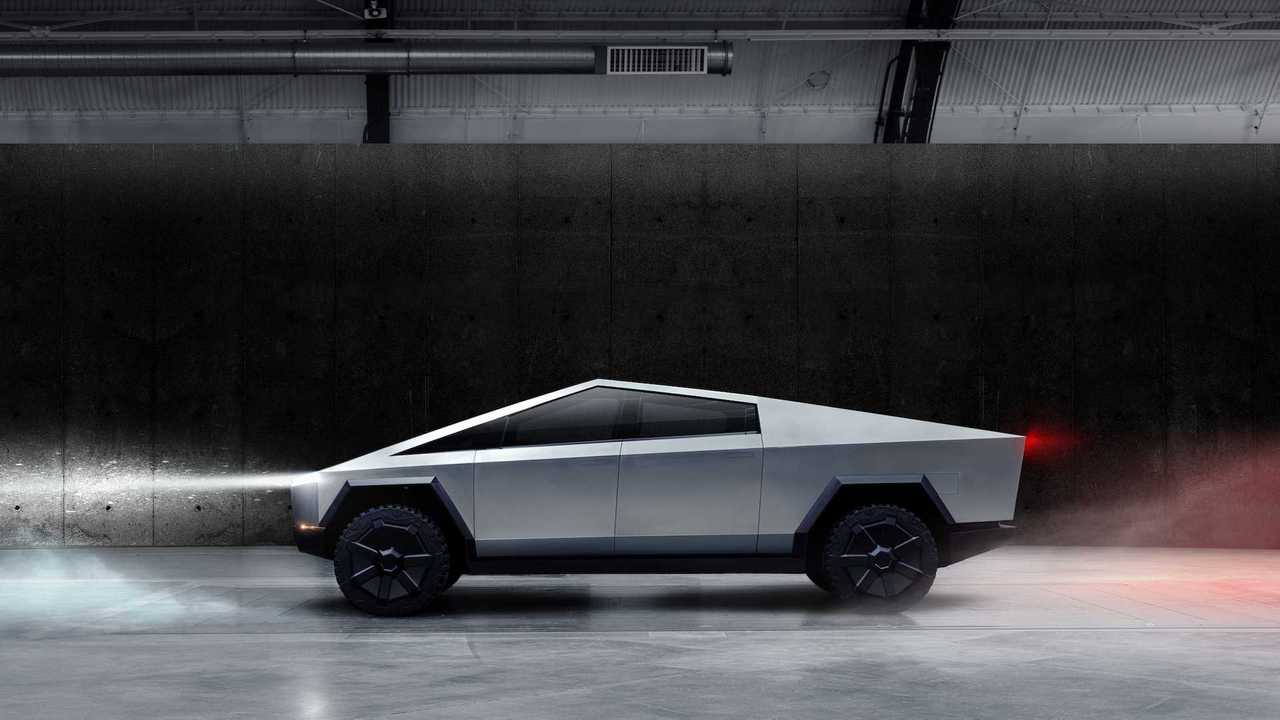 Think of a shoebox. It bends easily because it is square. Adding diagonals to it makes the structure really resistant because the sides cannot flex anymore. Those diagonals are the outer skin. In other words, the edgy lines people judge to consider this engineering marvel ugly. The skin plays the role of the frame, so the pickup truck can be much lighter than anything we have already seen on the roads. 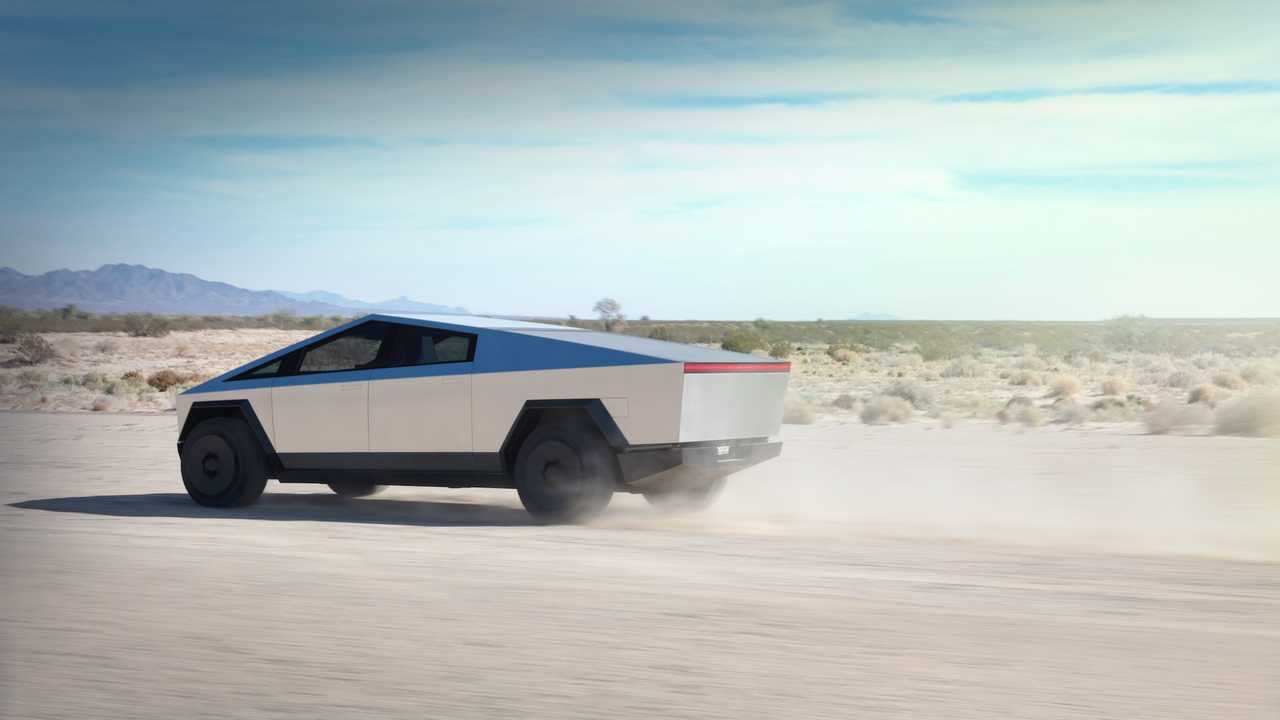 If you think it through, the Cybertruck will be built like a monoplane. It is putting aeronautical tech at the reach of regular consumers. We would not doubt that its structure is bonded instead of welded. Like airplanes are. 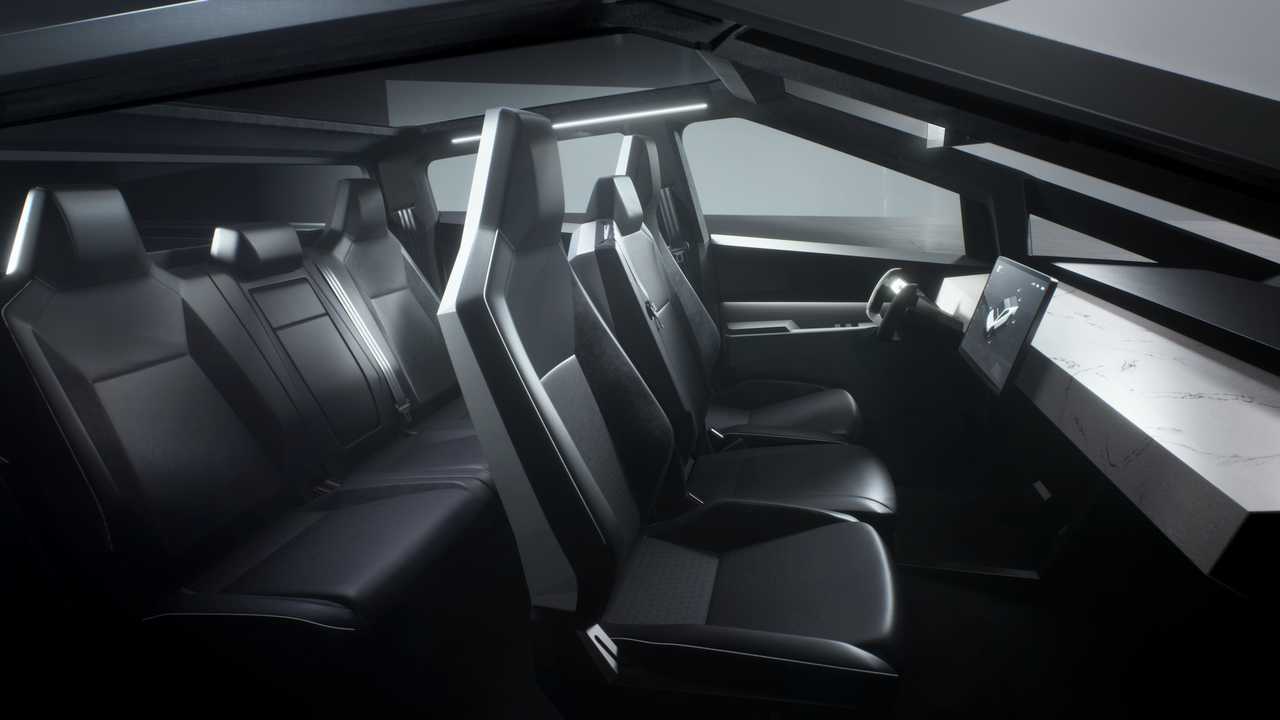 The final reason for the pickup truck to be so square is that too much complexity in the bending of the stainless-steel sheets would just make it more expensive. People are not criticizing the Cybertruck because it is too elaborate. They are amazed that it looks so simple, like a child drawing of a sedan. Perhaps even simpler than that. Well, that is on purpose. 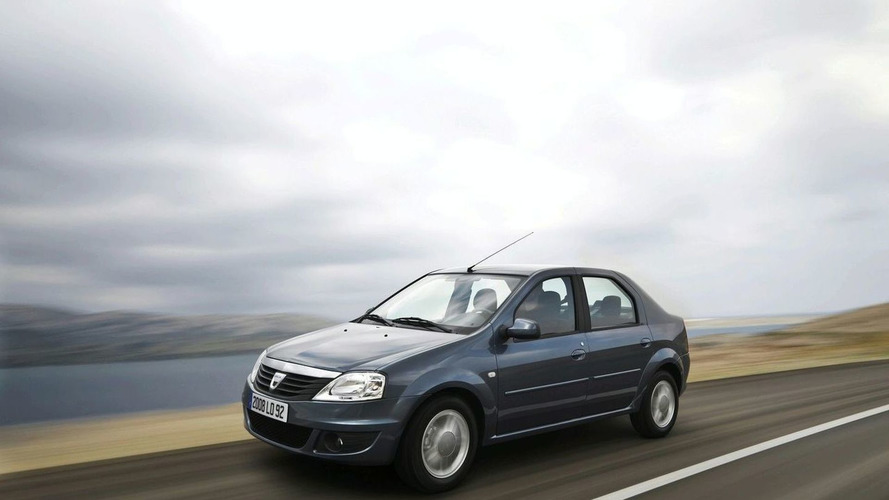 We have an example of this that is really close to most people in the world except the Americans. It is called Dacia Logan. Or Renault, in places where Dacia does not exist. 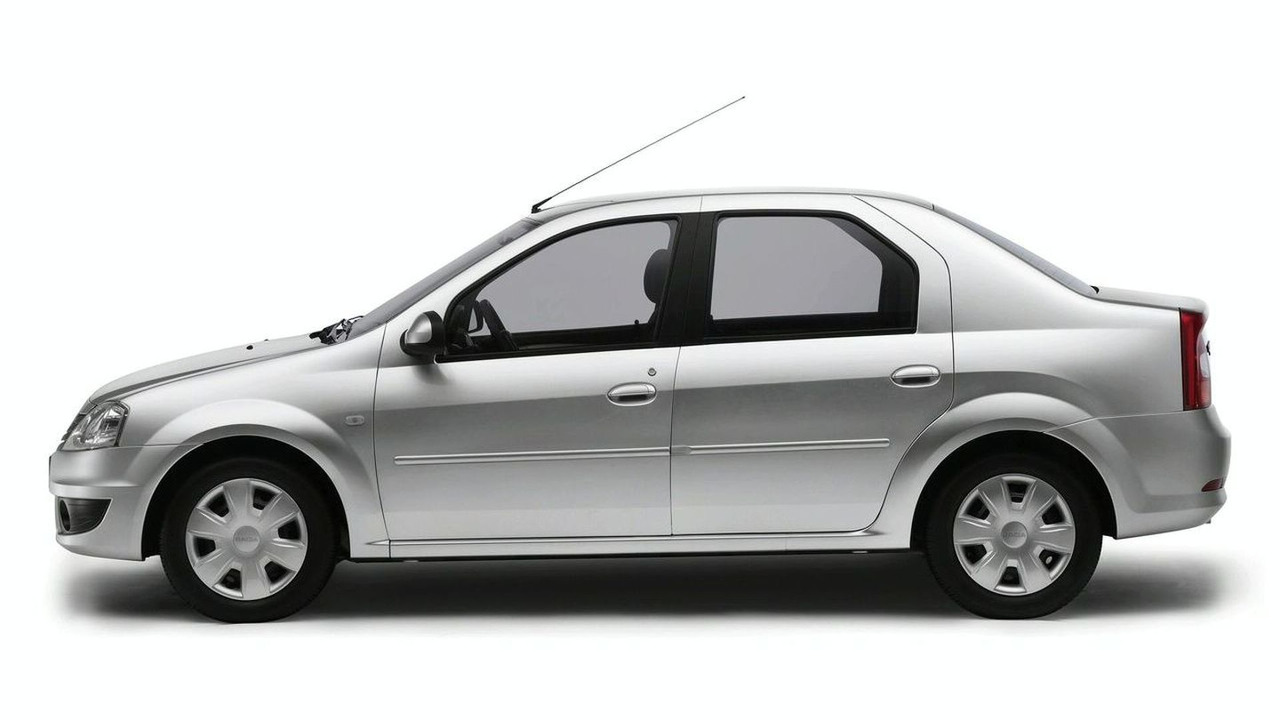 Renault wanted to make a really cheap compact car. So cheap, it was even considered as a subcompact car, but there is a caveat with that classification. It managed to offer the same roominess of a Toyota Corolla for the price of a Yaris. Perhaps even more for even less. Renault achieved that with a car that had solely square lines on the body. Even the glasses were plain. That made them easier to brake. Could this be the reason for the Tesla Armor glass to have shattered? Perhaps.

The Logan was responsible not only for the expansion of Dacia. It also saved Renault in many countries. It gave the company a share it never imagined to have in developing countries. It was the company’s Troyan horse in these markets. European’s also liked the bargain idea, and the Logan sold in large numbers in the Old Continent as well. 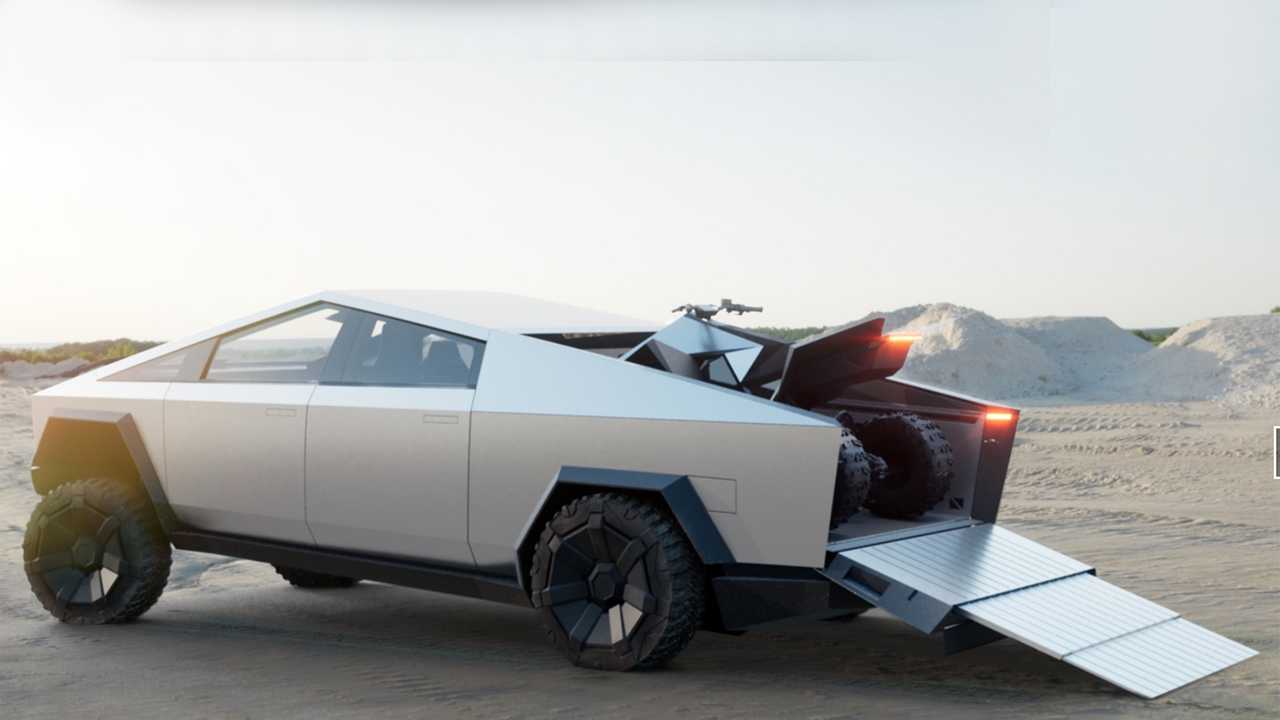 Some will still ask why the pickup truck does not present a design that makes it clear where the bed starts. A three-box, as everyone is used to see. Credit that to aerodynamics.

An empty bed is like an open parachute. A combustion engine on cheap gasoline can turn that into more carbon on the atmosphere, and regular pickup truck drivers could not care less. It does not fall heavily on their pockets. 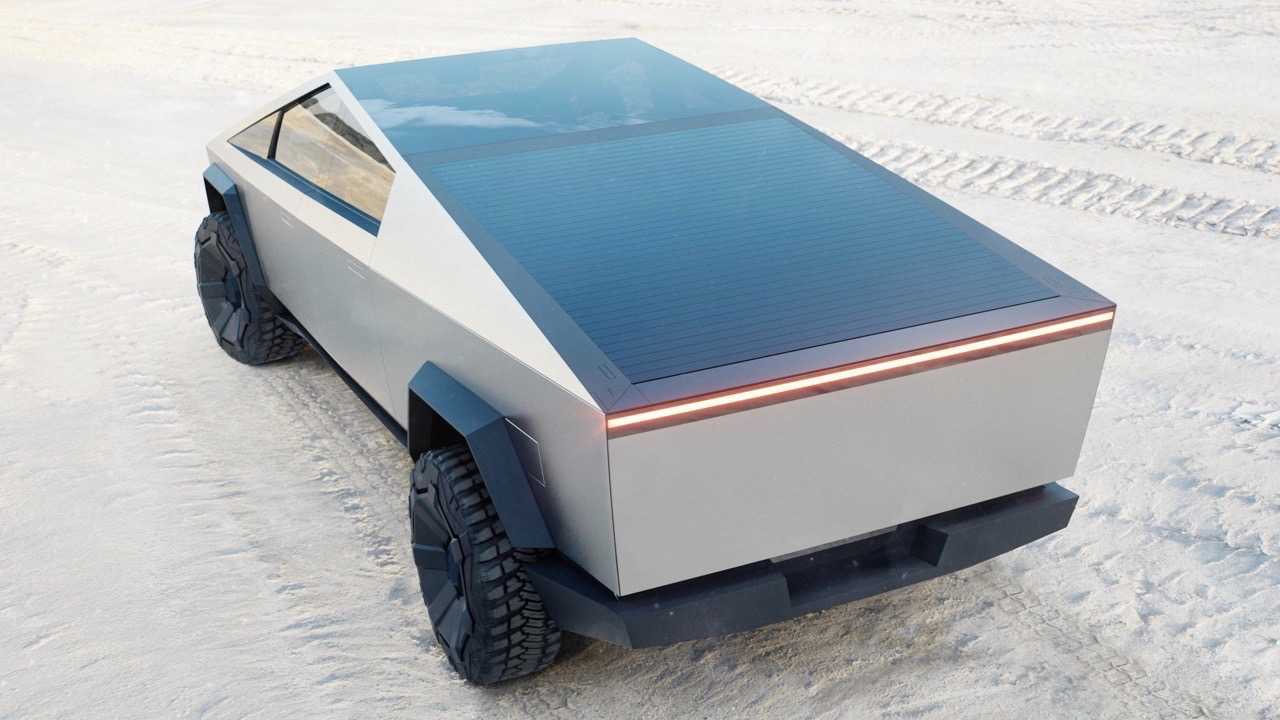 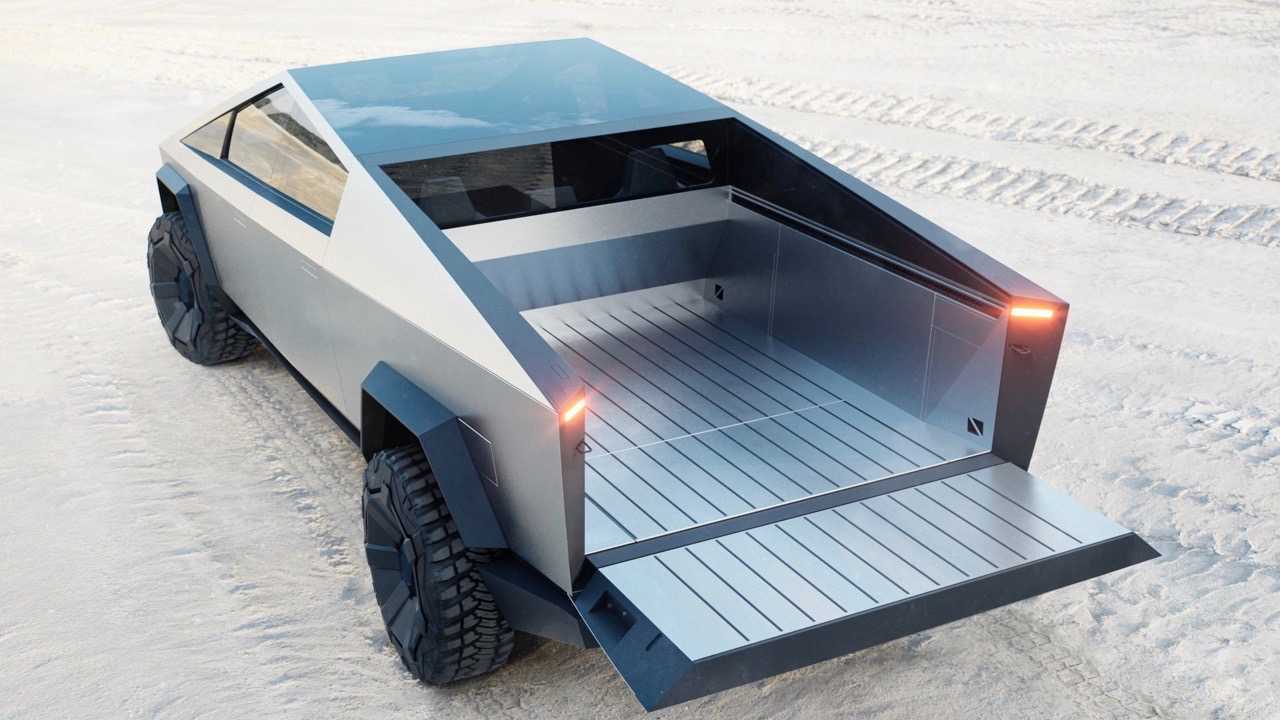 An electric vehicle would suffer much more from that. It would lose range. It would be less efficient and charge more money and more often with recharges. If the Cybertruck could avoid that by covering the bed, why not? That is what Tesla did.

The company did not inform us of the drag coefficient, but it must be incredibly low for a pickup truck. Its self-leveling suspension can help it have a smaller frontal area, which allows it to be even more aerodynamically efficient and still capable on trails, rocks, mud, or sand. 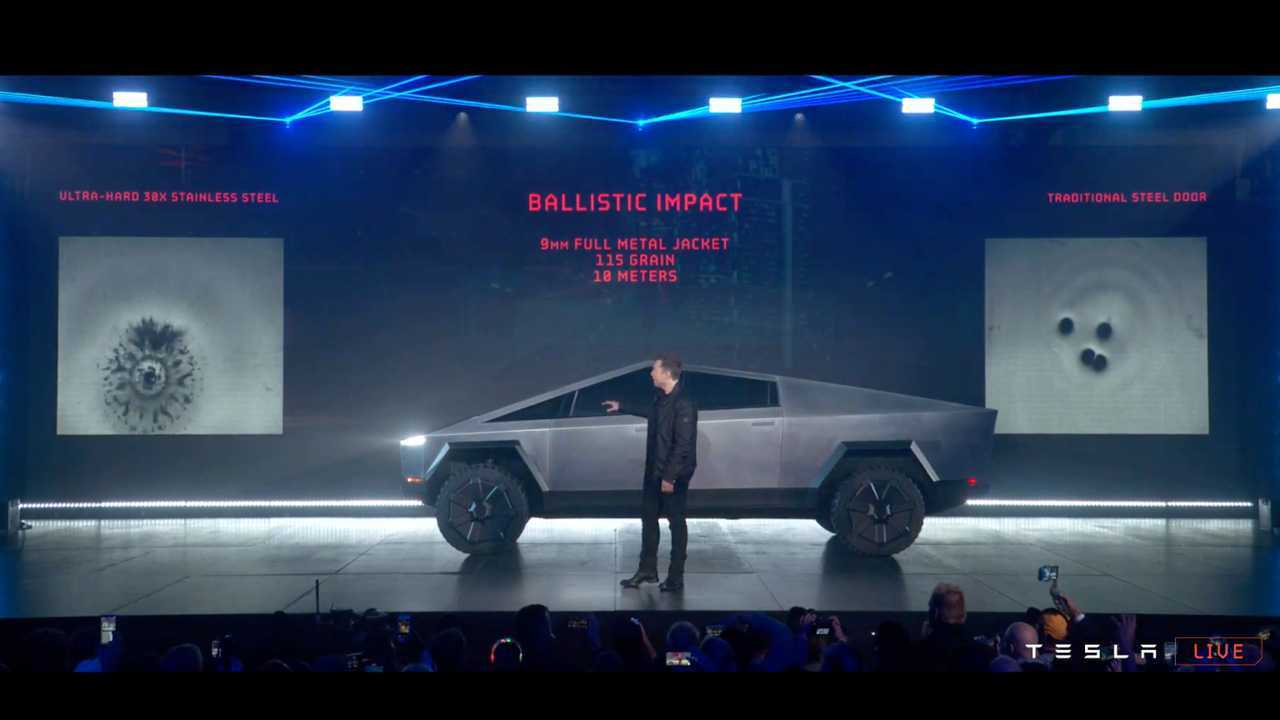 As much as you may loathe it, this design helped Tesla have an electric pickup truck that has “the same weight” of a regular one. It made it affordable in a way no one expected. It made it efficient. And its body stands 9 mm shots or sledgehammer hits with poise. 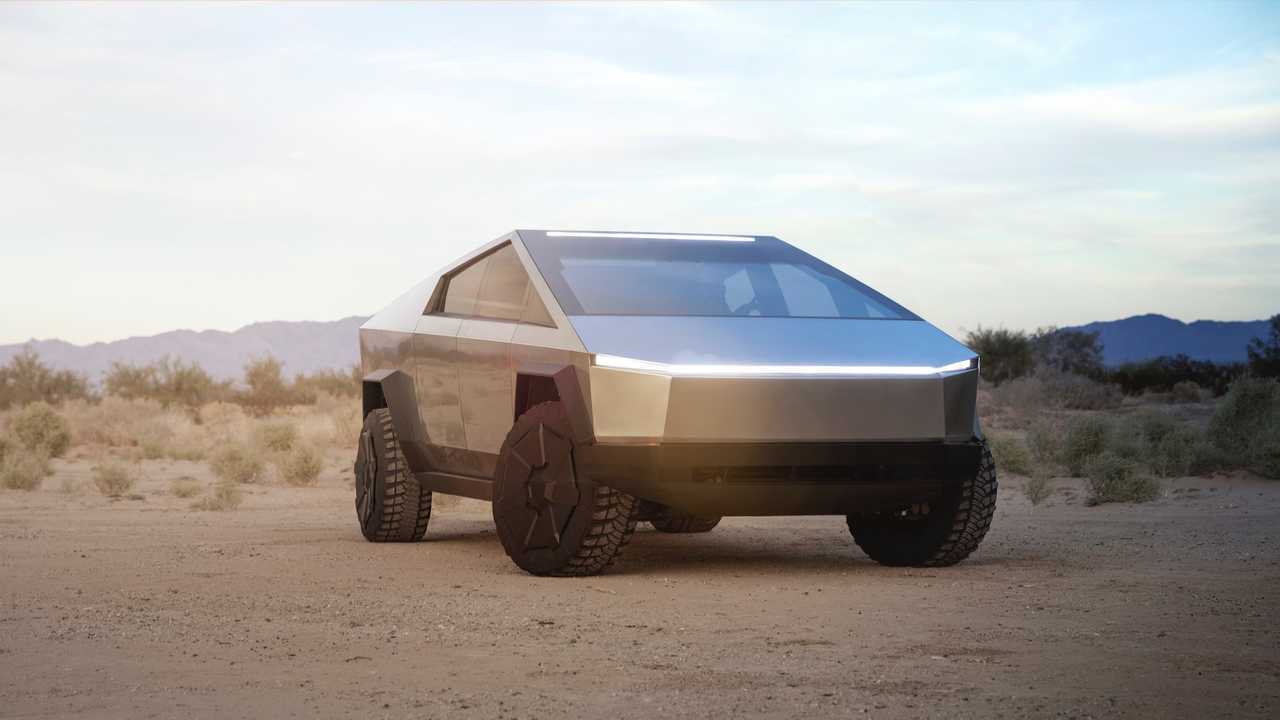 If you are concerned about standing too much in the crowd with it, just wait a bit. If people see the Cybertruck for what it is, there will be soon too many silver electric pickup trucks around for you to be quite low profile with yours. You may even need to summon it to discover which of them actually belongs to you.