Like one of its own monstrous Behemoths: Dauntless just keeps growing. With every update, narrative, game design, and art come together to create interesting experiences for our players.

“For Escalation, we’re sending players into the depths of the Maelstrom, a storm of epic proportions. There, aetheric pressures cause physics to pretty much break, allowing Behemoths to grow terrifyingly powerful,” says Dauntless writer, Cory Herndon. The pressure of the Maelstrom’s heart causes normal archonite to compress into much denser lodestones that have their own powerful, and very unstable, aetheric fields.

“Now that the residents of Ramsgate have learned what’s going on,” continues Herndon, “they aren’t taking any chances.”

These Behemoths must be vanquished, thus destroying these unstable islands.

Players will have to storm the storm, in a sense, taking on one Behemoth after another, sometimes in pairs. Thankfully, they’ll have help in the form of amps.

After a Behemoth is slain in Escalation, their store of aether is released and absorbed by nearby lodestones. These massive crystals offer each slayer a boon for the rest of their run. These are amps, passive buffs that aid the player. “We wanted to distill lots of different roguelike elements and see what would work well in our game,” states Travis Day, Lead Designer. “After you finish a run, you get a bunch of experience that you can use to strengthen these amps. It’s meant to give the Slayer a progression system where they’re constantly unlocking new things and improving the amps they find in Escalation runs.”

Failure isn’t the end in Escalation. It’s a stepping stone.

These amps will also help players with the final encounter: the brand-new Malkarion. It’s important to choose the right amps before tackling this new enemy. Choose wisely, Slayers!

“We also wanted these hunts to be randomized so that they’re a varied experience with nice, big, meaty rewards for the players,” says Day. Escalation themes will change over time, offering different rewards, enemies, and amps.

It wasn’t all clear skies for the developers, though. Due to the rise of Behemoth activity, players will be challenging more than one enemy at a time, and with dual Behemoth battles being added to the game, the developers at Phoenix Labs had their work cut out for them.

“Our Behemoths weren’t inherently built to be fought two at a time, so they did lots of things that felt unfair,” continues Day. “We spent a lot of time figuring out how to remedy these problems. An example of this was projectiles shooting through a Behemoth. Especially if you’re hitting it in the face, it didn’t feel good. We had to ask ourselves, should all projectiles impact the Behemoths? And if they do, do they damage them? The answer was yes to both.”

Meanwhile, a few desks down from Day, the art team had begun breathing life into the Maelstrom.

“We wanted players to feel compelled to take the fight deeper into the Maelstrom than ever before,” explains Jen Morgan, a Principal Environment Artist at Phoenix Labs. “The mood we were going for was wild, chaotic, and unpredictable with an escalating sense of danger. The closer a player gets to the eye of the storm, the more intense it would get. Its landscape is shattering apart, revealing the aether-charged lodestones that are the source of the island’s unpredictable qualities.” 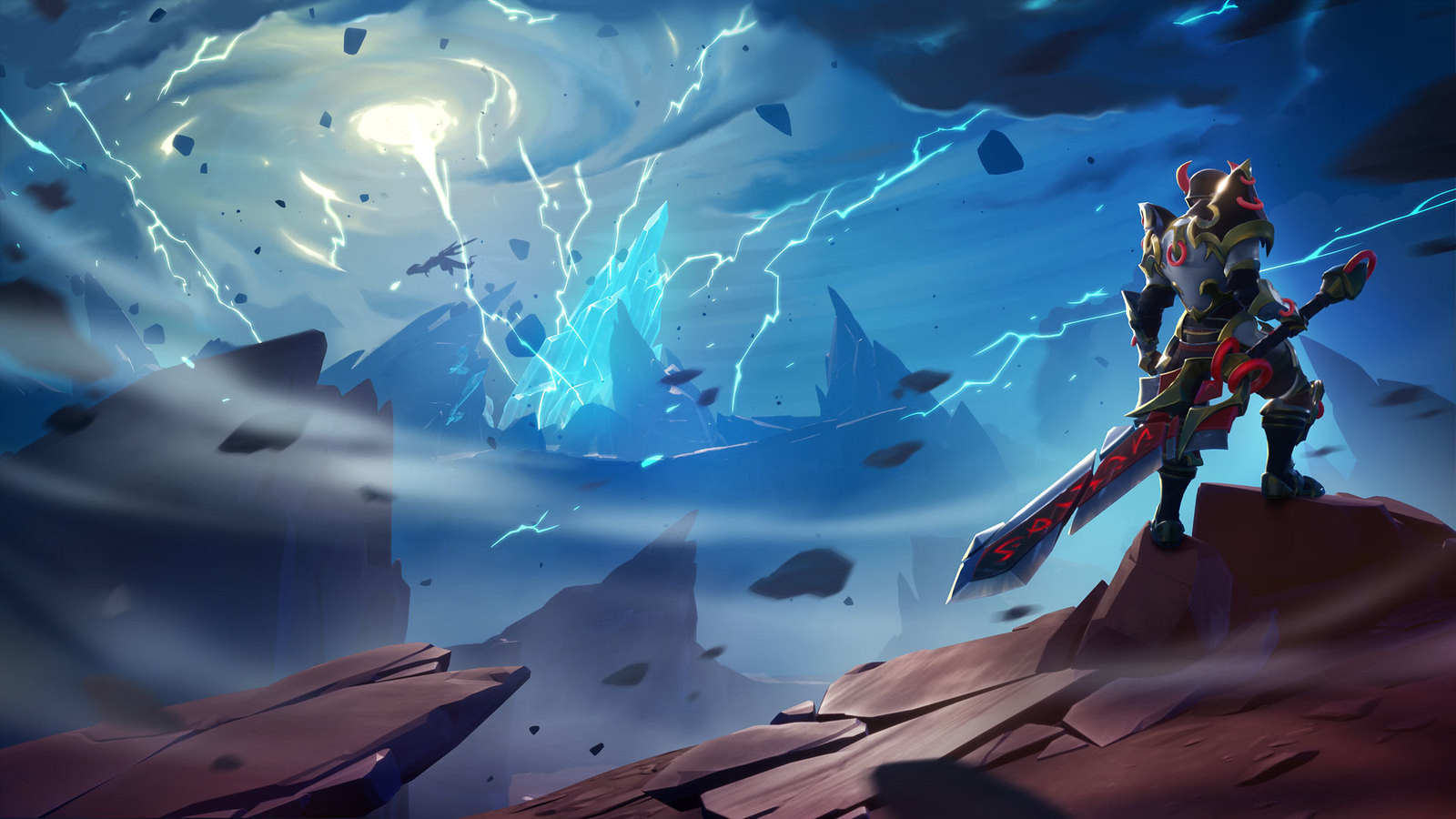 These narrative, design, and artistic pillars will stand over time, but the theme of each Escalation will change.

“We want each version of the Escalation experience to go with a high-level theme. At the start, it will be shock aether but expect a different element in the future, and maybe even new enemies,” says Morgan.

As Escalation continues, it will evolve and grow, just like everything else in the world of Dauntless.

The SNES PlayStation Was Going To Have A Super FX Chip...

Realistic Breakfast Made in Dreams Will Make You Ravenous – IGN