Passengers on British Airways’ London-New York route will now have a new and very futuristic way of passing time: virtual reality. The airline is set to trial virtual reality entertainment on its New York flights through the end of the year. Passengers will experience this immersive entertainment right from Heathrow Airport all the way to JFK Airport in New York.

The VR headsets have been made by SkyLights and will enable passengers to view various kinds of immersive content ranging from documentaries to films as well as travel programs that will come in various formats including 2D, 3D and 360-degree. 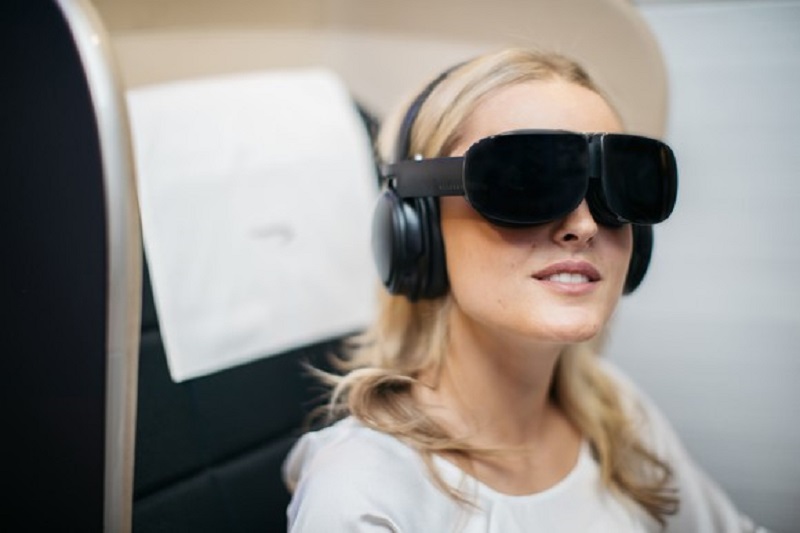 Trial lasts until the end of 2019 to enable British Airways to assess the system. The VR entertainment vservice will be available to select few customers flying First Class. Not all First-Class passengers on the route will get to experience that.

According to the airline, the in-flight VR entertainment system will be available onboard the flight BA117 operated by Boeing 747 (with 14 seats in First Class) that departs Heathrow for New York. BA’s first-class tickets on the flight costs upwards of $8,000. It is BA’s early morning flight to JFK. According to the airline’s schedule, it departs Heathrow at 08:30, thereby giving passengers an early start.

Passengers included in the VR in-flight entertainment trials will be able to use British Airways’ First Wing to enjoy the quiet and relaxed entertainment experience. If the initial trial will be on a single daily flight, then the initial investment for the VR deployment will likely be limited.

British Airways partnered with the VR eyewear specialist SkyLights for the custom VR headsets used in the inflight VR. The headsets can immerse users into a 3D experience irrespective of whether they are laying down or sitting up.

Many global airlines are currently on-boarding VR trials on their flights in partnership with various in-flight VR entertainment providers such as SkyLights and InflightVR.

BA’s content range is currently limited although this could be expanded should the trials prove successful. For the month of August, the offering will include just seven fully immersive virtual reality experiences. The content will be refreshed every month so if you are a frequent flyer, you won’t have to worry about watching the same content over and over again.

The content range includes two five-minute episodes for kids as well as three stories for adults with lengths ranging from 11 to 37 minutes. The content also includes two mindfulness 360-degree views with each lasting about five minutes.

The remaining content offering is to be drawn from British Airways’ regular in-flight entertainment system. The existing in-flight content will be delivered via a screen in the virtual reality system. This will create an experience similar to being in a cinema and it totally teleports the traveler away from the actual physical flying experience and into a virtual world. In total, there will be 13 films (12 of these will be in 3D), 5 documentaries (all in 2D).

Niantic And Qualcomm Will Build AR Glasses For World-scale Games –...